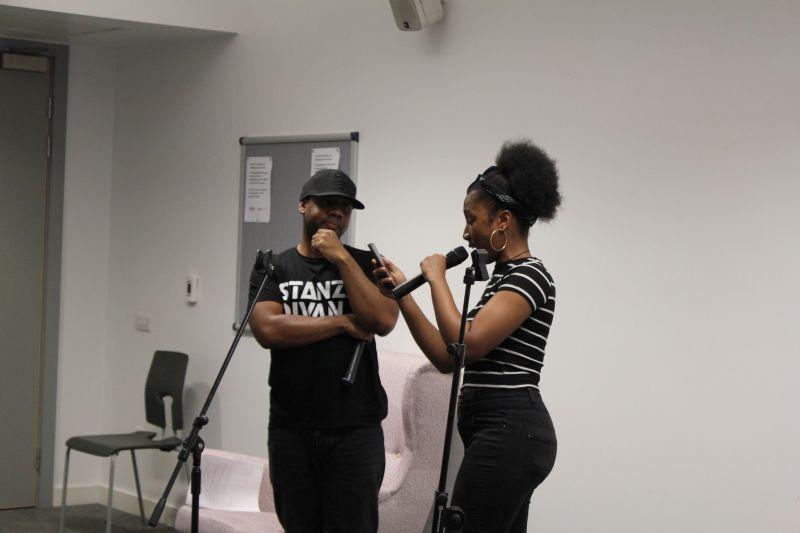 Collaboration and ownership in cross-cultural creativity

2002-2018: Ivan Vyrypaev’s play Oxygen, and its 16-year journey between a basement theatre studio in Moscow and a basement rehearsal room at the Birmingham Rep Theatre.

When Ivan Vyrypaev’s play Oxygen was first performed in 2002 at Moscow’s edgiest theatre, Teatr.doc, it caused a sensation. On the one hand it depicted an act of extreme violence – a young man battering his wife to death with a shovel in order to start a new relationship with a woman he believes will offer him more ‘oxygen’ – and it also used aggressively obscene language, transgressing against one of the strongest taboos of Soviet-era theatre. On the other hand, the play had a haunting beauty, deriving from the poetic inventiveness of its use of Biblical motifs, specifically the Ten Commandments, and the musical structuring of the language around refrains, patterning and other compositional devices deriving from both classical and contemporary musical traditions, such as rap.

The play became known as the flagship play of the ‘New Drama’ movement which has arisen in the era of President Putin, and which remains one of the few spheres in which challenges are still offered to official state narratives about society, politics, gender and sexuality, national identity and international relations. It was seen at the theatre by a narrow range of Moscow intellectuals, but gained wider impact within Russia when it was turned by Vyrypaev into a film in 2009; and it also attracted attention internationally – it has been staged in many countries of the world, including a brilliant production (featuring world-champion break-dancers from Russia) staged by the RSC at Stratford in 2009.

Dr Noah Birksted-Breen is a theatre director and Russian scholar who has for many years been exploring contemporary Russian drama and staging it at his London-base Sputnik Theatre. When he joined the Creative Multilingualism team, he attended an event organised by Professor Rajinder Dudrah which brought the grime artists RTKAL, Ky’orion and Royalty from Birmingham to perform on the stage of the Taylor Institution. Their verbal ingenuity, the Rastafarian frame of reference they deployed in their performance, and above all the powerful and infectious rhythms of their art provided a lightbulb moment for me and Noah – we looked at each other, and wondered aloud what would happen if we introduced them to Vyrypaev’s work….

A couple of years later, and that thought has translated into reality, with a performance based on extracts from Vyrypaev’s work being rehearsed in the Birmingham Rep by the brilliant UK rap, hiphop and grime artists Lady Sanity and Stanza Divan, directed by Noah. On Thursday I went along to watch the final research and development session, before the performance later that day curated by Rajinder at Birmingham City University. It prompted all sorts of thoughts in my mind about how issues of ownership and collaboration came together to produce this spectacular meeting of minds across two very different cultures:

Julie Curtis is Professor of Russian Literature at the University of Oxford. She is a Senior Researcher on our 4th strand, Creative Economy: Languages in the Creative Economy.

Watch the below film to find out more about the hip hop theatre version of the Russian play Oxygen:

Learn more about the creative process: Translating a Russian play into Hip Hop Theatre: a conversation

This post was first published on the Creative Multilingualism site on 28 November 2018.

Blog 22: Growing up in a multilingual family by Sheela Mahadevan