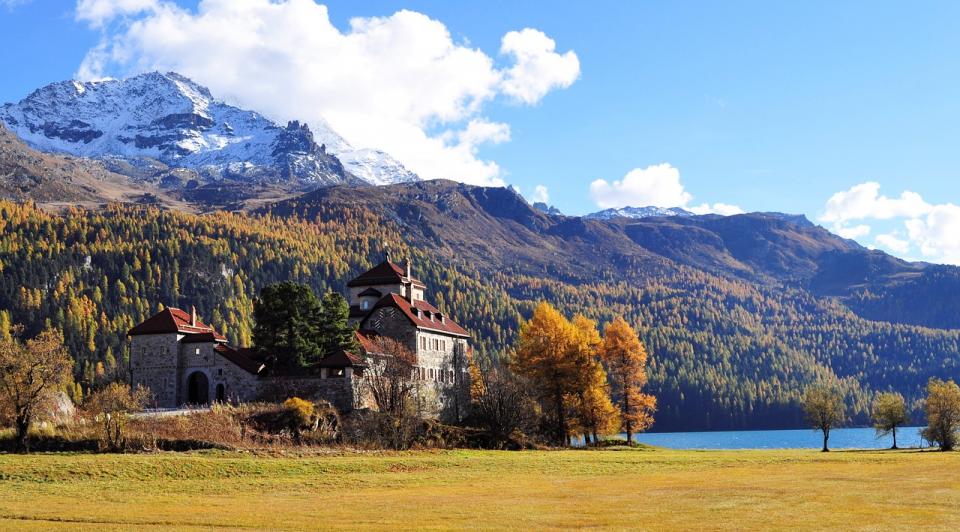 Languages & Creativity: How language learning can be inspired by a fictional world by Emma Huber

We’re so lucky that Creative Multilingualism headquarters is based in Oxford – seat of learning since the middle ages, and home to the Taylor Institution Library – only the largest library devoted to Modern Foreign Languages in the UK! Emma Huber, Taylorian subject librarian for German, has always loved languages and fiction – but which came first? In this piece on inspiring young language learners, she makes a case for more imaginative texts to help your language skills soar.

How language learning can be inspired by a fictional world

I am Subject Librarian for German at the Taylor Institution Library in Oxford, which is the largest library devoted to Modern Foreign Languages in the United Kingdom. Languages in the collections include French, German, Spanish, Portuguese, Italian, Catalan, Russian, Bulgarian, Norwegian, Swedish, Yiddish and many more.

At work, I am surrounded by different languages, and my family is also bilingual. Married to a German, I’m exposed to both the language and customs (I was persuaded to attempt 7 different varieties of Christmas biscuit this year, up from 5 the year before). I studied French and German as an undergraduate at Oxford, and have dabbled in several other languages since. I managed to get up to roughly GCSE level in Latin to help me with my work on Early English Books Online, I’ve taken evening classes in Russian, and attempted to teach myself Italian and Arabic. For work, I need to know Yiddish, so that’s my latest linguistic adventure.

I was recently prompted to think back to what inspired me to take up languages. It is by no means obvious, as a lot of the things commonly mentioned by other linguists do not apply to me. At a recent workshop, some people mentioned travel as a possible inspiration for their love of languages, but where I grew up, in the North East in the 80s and 90s, foreign holidays weren’t the norm. I didn’t go abroad with my family until I was 17, and that was a weekend coach trip to Paris. Being so far north, we couldn’t even get French radio, so I had very little experience of the French or German language or culture outside the classroom.

Another reason people give for being inspired to learn languages is being around friends from multilingual families. However, my secondary school of about 1,000 pupils was not very diverse, and no-one I knew spoke a language other than English at home. In fact, even the English language felt like it had to conform to a narrow standard. Every now and then, a family would move up from “down south”, and the children very quickly acquired very broad Geordie accents in order to fit in. There was a general hostility toward “posh” language, and a classmate in the sixth form once complained that I was always using long words, like “pessimistic”. I was discouraged from expanding my English vocabulary, something I found a real hindrance at university.

However, while there weren’t lots of different languages spoken, there was a pride in the local dialect. Many people were keen to use Geordie phrases, and delighted if they could flummox people with a little-known word. “Do you know what “clarts” are? You don’t? Really? Ha!” I share this love of local language and culture; I’m particularly interested in traditional songs written in the local dialect, which are still sung today.

So if I wasn’t inspired to learn languages by direct experience of other languages and cultures, what did inspire me? I think it was the imaginary world I inhabited at the age of 9 –12 when I was first taught languages. I loved to read, and was particularly into the Chalet School stories. Set in the Alps, the Chalet School is tri-lingual. Each language had its own designated day, and if new pupils turned up on, say, French day, they were expected to communicate solely in French from day one. I was fascinated by that possibility, and imagined how I would cope. The school children were frequently involved in adventures where linguistic ability would be significant in helping them fetch help or solve a mystery. I was a daydreamer, and inhabited this imaginary world for quite a lot of hours at this age. I was desperate to be able to communicate with my imaginary friends, and did learn some key phrases which were used in the texts. As well as the Chalet School stories, I have vague memories of adventure stories where language was key to either catching the baddie, or assisting an escaping “goodie”. I desperately wanted to feature in these stories, and was keen to learn phrases which would have made me a useful protagonist.

I’m now trying to teach my daughter German, and looking for books to help her. All the books I have come across are based around “real life” – school trips, foreign holidays etc. These books didn’t do me any harm, they’re tried and tested, and my daughter is enjoying them. But wouldn’t it be great if there was a course based around an imaginative world of adventure?  After all, how many children have to order coffee, or ask someone how to get to the railway station? I know I’d have been much more keen to learn the language if the railway station in question had to be reached in order to warn the driver about a problem with the brakes (the sort of adventure which the Chalet School children faced on a regular basis!).

This post was first published on the Creative Multilingualism site on 2 February 2017.