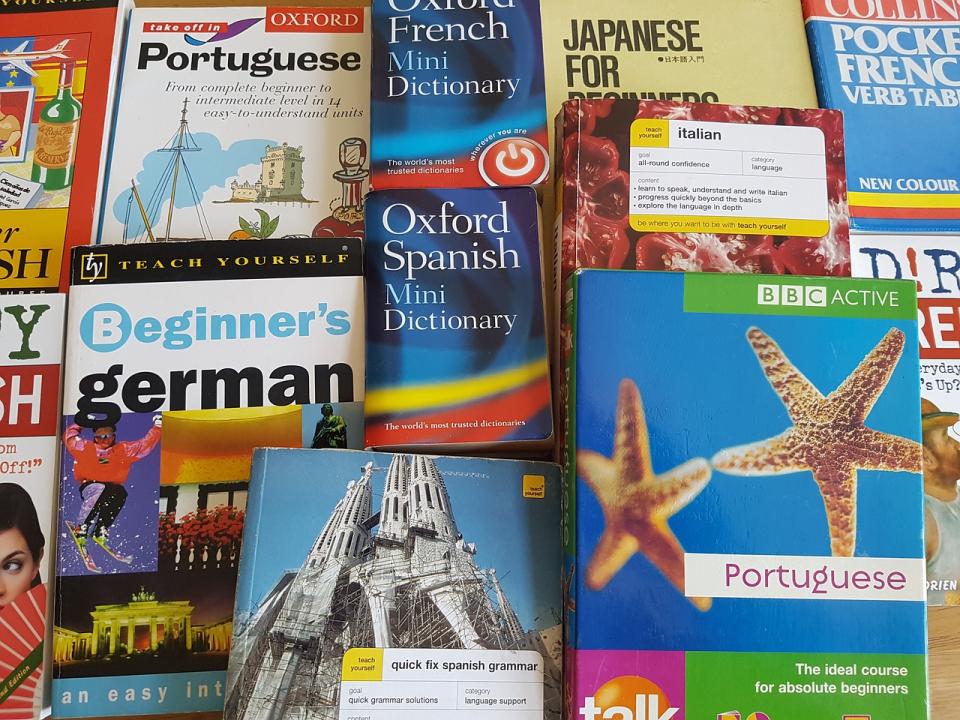 Languages & Creativity: How I discovered the best motivation for learning a language by Amy Varney

Amy Varney on how an embarrassing faux-pas in Spanish she made at the age of nine turned out to be the beginning of a beautiful language-learning journey.

How I discovered the best motivation for learning a language

My language learning ability didn’t get off to a great start. Aged nine I wanted to wish my older cousin a happy new year, and even though I saw her practically every day, the way I felt I could best express my dearest wishes for the start of 1999 was to of course hand-make her a card. In Spanish. Even though she is English. I thought she would probably love this though, because she was studying Spanish in secondary school. So I phoned my uncle, who was about to marry a Venezuelan lady later that year, and Aunty Carolina reliably informed me that ‘Feliz año nuevo’ was the way to go. Unfortunately I somehow ended up colouring in enormous letters in the form of ‘amo muevo’ instead, and handed it over unawares to my somewhat baffled 16-year-old cousin Michelle. Not a great start.

Not to be deterred, I tried to further my grasp of the Spanish language during a trip to Venezuela in the winter of 1999 for the aforementioned wedding. Although only 10 years old, as a bridesmaid I was responsible for the readings. Luckily just the English translations though – a fellow bridesmaid two years my senior and crucially, Venezuelan, was responsible for the native language readings. It seems I did well in South America, picking up crucial phrases such as ‘gracias’ and ‘hola’ to add to my vocabulary list next to ‘amo nuevo’.

Luckily with secondary school came the promise of some consistent learning. However, 75% of Year 7 were obliged to study French as their (only) language option. I was of course not having any of this – unwilling to waste my three-phrase-strong prowess in Spanish, I managed to secure a place with the 25% of people studying the language. Phew! A fantastic teacher (gracias, Señora Hernandez!) and a real drive to speak the language with my newborn dual-nationality cousins, led to a flying-colours GCSE and enrolment on an A-level course at Sixth Form College. Sadly though, my journey to forge onwards with this beautiful, colourful language ended there – a few weeks into my AS-level. Committed to too many A-levels, faced with an impossible timetable and battling a mental health condition, I was forced to pull out. I didn’t go down without a fight, and to this day have multiple Spanish textbooks gathering dust on my bookshelf from my attempts to keep up the language in my early university days.

Fast-forward 10 years, and I am learning a new language. This time I am better equipped to take it all the way, I am confident I will succeed, and I will share with you my secret…

Now I wish I could tell you that I found a passion for Serbian when I travelled through Eastern Europe, or that a visionary language angel came to me in a dream and showed me that Slovenian was my destiny. I wish I could tell you that I’ve found a way to transcend new heights of learning to speak in a foreign tongue, but it wouldn’t be true. But what I can tell you is this: I promise you – there is nothing quite like spending time with your partner’s family (including a language professor and a translator) who are all intelligent, bilingual, conversational, and make frequent trips abroad to Germanic countries with you, to motivate you.

And so now, I spend my mornings before work studying German in my living room, and my evenings at the Oxford Language Centre on the OPAL programme. I’ve been forced into a Dirndl, had my first skiing lesson in German (Gott, hilf uns!), told everyone quite confidently that my bees hurt (look up Beine and Biene), sat in a café in Austria repeating ‘Ich bin ein großes Mädchen’ (‘I am a big girl’) over and over until the pronunciation was just right, and I have developed a possibly unnatural enthusiasm for ‘Siggi Schwein’ – a book for German toddlers based on the English story ‘Percy Pig’. However, I am having the most hilarious and fantastic time ever and I wouldn’t change a thing.

There are so many new dimensions to life that I truly believe I have been missing out on without a second language. I can’t wait to uncover them all as I continue my journey!

Amy Varney studied for her MBiochem, followed by a DPhil in Medicinal Chemistry, at Oxford. She now coordinates a University of Oxford spin-out company and is learning German at the University Language Centre.

This post was first published on the Creative Multilingualism site on 10 August 2017.