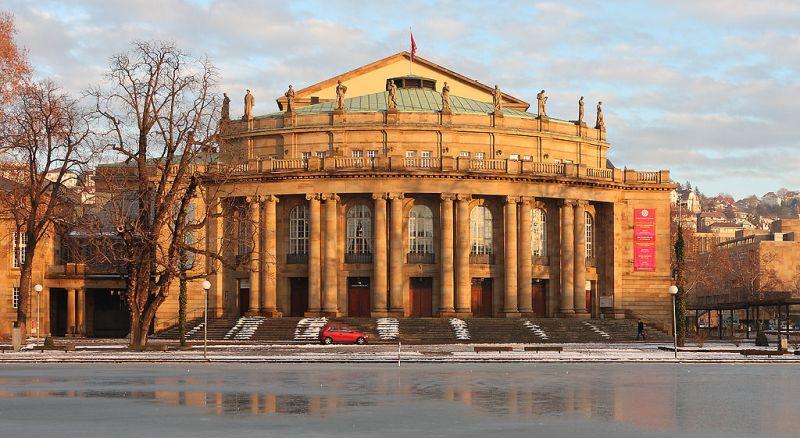 Philip Bullock knows a thing or two about languages – after all, he’s an Oxford Professor of Russian Literature and Music. But he was well out of his comfort zone when he found himself in front a large audience of Germans at the Stuttgart Opera House, who were expecting a lecture on Tchaikovsky (that’s fine) – in German (not so fine). Here’s Philip’s piece on linguistic identity and ‘inhabiting the gaps’.

Creative translation: bending the rules to keep it personal

Earlier this year, I was invited to speak at the Stuttgart Opera house as part of a weekend of events designed to illuminate the life and work of Pyotr Tchaikovsky. When I was first contacted, it was clear that I would be expected to give my talk in German. Although I studied German at school and university, I had rather left it behind, other than for reading purposes and the occasional holiday. My command of German is functional, but not elegant, and definitely not fluent. I had certainly never used it for academic purposes, so to be asked to stand up in front of an intelligent, educated, curious public and to talk convincingly for an hour in a language I’d last seriously studied more than twenty years ago was more than a little daunting.

But I was, strangely enough, comforted by the fact that German is not my professional language, unlike Russian, where I do aspire to a more complete command of accuracy and idiom. With German, that would clearly be impossible and I had to face my inadequacies and even turn them to my own advantage. A German friend translated the first draft of my lecture, but on reading it I realised that I needed to revise it substantially. Not only was this a question of chopping up those infamously long and sinuous German sentences, but more crucially, it was about making the language my own – somehow more characteristic of the kind of idioms, expressions and intonations that belong to me as an individual. I revised, added, rephrased and reconsidered, not because my version was any ‘better’ in a literal sense (grammatically it certainly wasn’t), but because I needed to own and internalise that text.

On the day, a few self-deprecatory jokes and a sheepish reference to Brexit helped to break the ice (as well as covering, if not calming my nerves), and an hour later, I found that I had not only survived, but even enjoyed inhabiting a German version of myself. And looking back, I realise that the linguistic exercise of delivering my lecture in another language involved far more than just borrowing idioms from other sources, copying handy phrases I’d half-remembered from school, or trying to work out how a native speaker would say things. As well as that, I had to exercise a degree of creativity to fashion something that felt authentically mine and full of all the idiosyncrasies that go to make up my linguistic identity. There was no point in even trying to pretend to be a native-speaker, or even a near-native one. I had, instead, to inhabit the gaps, the space between myself and my audience, and rather than nervousness or inadequacy, I felt only a strong sense of involvement with my material. It’s certainly made me think about my teaching practice in new ways, and to consider how we can bring together attention to linguistic detail with a feeling for the creative freedom that flows from knowing how to follow the rules – and how to bend them too. A copy of my talk is now online – although I should admit that it’s been very kindly tidied up by the team at the Stuttgart Opera … speaking is one thing, but the written word is something else altogether.

Philip Ross Bullock is Professor of Russian Literature and Music at the University of Oxford and Senior Researcher on our 4th strand: Languages in the Creative Economy

This post was first published on the Creative Multilingualism site on 24 May 2017.