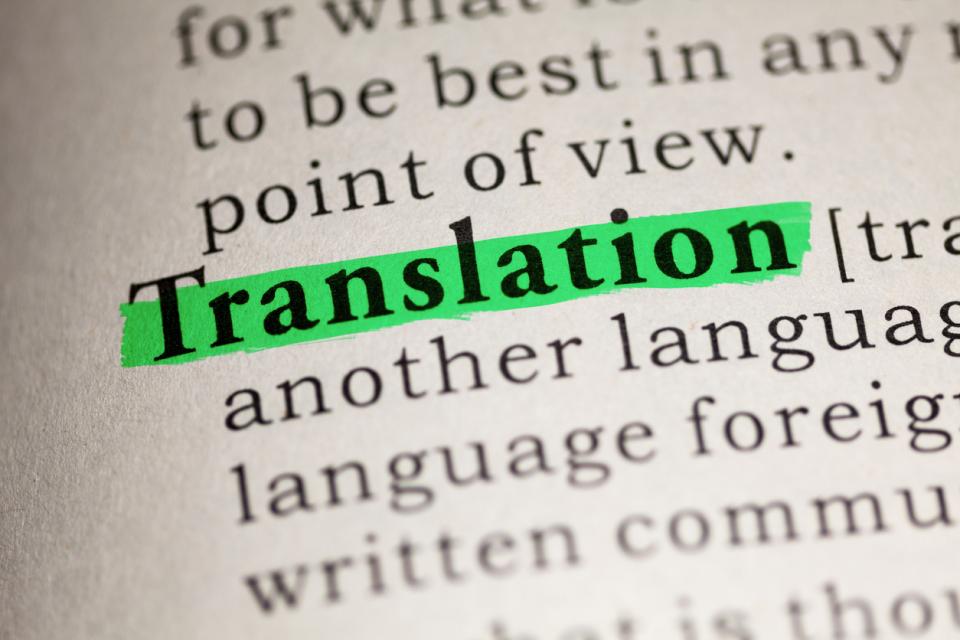 Strolling past a Paris café recently I was amused by a disarming mistranslation on their menu – ‘Velouté de potimarron du chef’ rendered not as ‘The chef’s cream of pumpkin soup’, but instead by the somewhat bizarre ‘Softness of pumpkin of the leader’. There is always room for approximate translations in the world, and nobody will ever suffer any significant consequences from this particular error, even if the dish is unlikely to find much favour with foreign customers.

However, some mistranslations can have wider repercussions. Donald Trump, in several boastful speeches in the run-up to the election, claimed that Vladimir Putin had described him either as ‘a genius’, or as ‘brilliant’. This claim, which significantly increased perceptions across the world that the Russian government was supporting his campaign, turned out to be based on a simple mistranslation. Putin had described him as a talented man, certainly, but he also added that he was ‘yarkiy’ – a word which can reasonably be translated as ‘bright’ (as in ‘a bright colour’). But when applied to someone’s personality, there is no doubt that what Putin intended was an ironic comment on Trump as a ‘very colourful’ personality. Trump had no justification, therefore, to cite it as a compliment to himself from the leader of a world superpower. What he needed was a better translator.

This reminder that mistranslations can have important repercussions on the international stage is why we need to have lots of well-qualified linguists in Britain. It takes several years of study to achieve the level of knowledge and understanding to translate accurately, and that means that foreign languages are a great subject to study over a four-year course at university. And whether you opt for Portuguese or Japanese, Czech, Arabic, or German, your course will also provide an adventure: the compulsory third year abroad will take you away from your British university routine to live, work or study in one or even two foreign countries. That experience of independent living abroad at the age of 20 or so proves formative in many people’s lives – young people get to discover new landscapes, beautiful cities, or foreign rock music or cinema; they come to appreciate alternative ways of organizing society and family life; they acquire new friends, and even fall in love. All this undoubtedly impresses future employers too: many qualified linguists go on to acquire further postgraduate qualifications in a huge range of subjects, or else vocational qualifications – and then find themselves very much in demand for the most exciting jobs in international law firms, businesses, the world of finance, international organisations and journalism, as well as the more obvious careers of translating and interpreting. Employment rates for modern linguists are excellent.

The decline in numbers studying foreign languages in British state schools over the last twenty years is therefore deeply unfortunate. Differences in languages bring home to us just how different societies have evolved over time, how different peoples develop different priorities in matters as specific as how you should address a stranger, or as broad as how nations view matters such as land-ownership, gender, environmental issues or public transport. Discovering that other people live – and thrive – in differently-organised societies teaches us that we have much to learn and much to share with foreigners. It encourages openness to difference, and promotes tolerance. An increasingly monoglot Britain is likely to become more inward-looking. If modern languages had been truly celebrated and widely taught in the British education system, would British people really have voted for Brexit?

In September 2015 Donald Trump reproached former Florida Governor Jeb Bush – one of his political rivals who speaks Spanish fluently – saying that he should “set an example and speak English while in the United States.” Trump is also currently obsessed with building an “impenetrable, physical, tall, powerful, beautiful, southern border wall” between the US and Mexico. If you are a linguist, you learn to listen as well as to hear, to interpret as well as to understand: the trouble with walls is that you can hear nothing coming through from the other side.

Julie Curtis is Professor of Russian Literature at the University of Oxford. She is a Senior Researcher on our 4th strand, Creative Economy: Languages in the Creative Economy.

This post was first published on the Creative Multilingualism site on 1 March 2017.