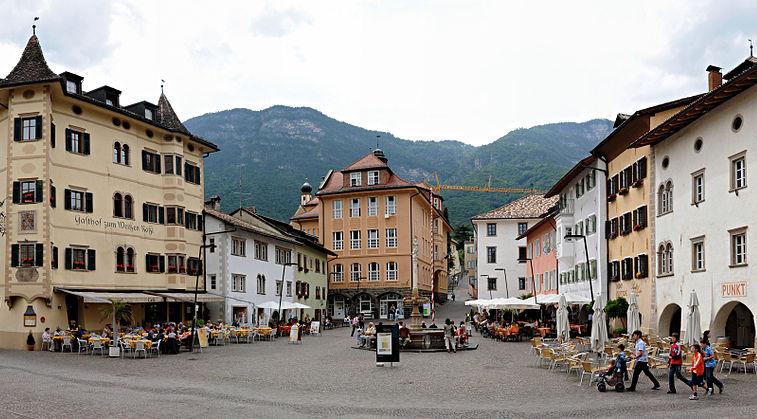 Identity and multilingualism in South Tyrol

It’s hard to think of two people with more different backgrounds than Sebastiano Vassalli and Alexander Langer. The former was an Italian-speaking novelist from northern Italy who had yet to visit South Tyrol before he travelled to the province to research Sangue e suolo in the mid-1980s. The latter was a political campaigner who, although he spoke fluent Italian, grew up in a German-speaking household in South Tyrol.

Despite their differing backgrounds, both showed a dissatisfaction with the status quo in South Tyrol. It was for this reason that I used Langer and Vassalli as the foundation for my first thesis chapter, which focused on the debate around cultural identity in South Tyrol from 1972 (the year of the Second Autonomy Statute on which much of South Tyrolean society has been based) to the present day.

However, whilst both men were united in a desire to change the status quo in South Tyrol, the nature of these challenges presented by Langer and Vassalli were very different. Vassalli expressed his frustration with what he perceived as the excessive dominance of the German-speaking population in South Tyrol. Meanwhile, Langer put forth his multilingual concept of the Gesamtsüdtiroler, which he envisioned as a unifying alternative to the more restrictive identities that he believed were encouraged by the 1981 Sprachgruppenzugehörigkeitsgesetz, a law which legally obliged all South Tyroleans to align themselves with one of the province’s three main language groups (German, Italian or Ladin).

My research on South Tyrol to date has reinforced both the benefits provided and challenges posed by multilingualism. Moreover, multilingualism in South Tyrol is an everyday and widespread phenomenon. It has been fascinating to explore the evolution of this multilingualism from South Tyrol’s status as a 95% German-speaking part of Austro-Hungary in 1919 to its current status as a province with three official languages (German, Italian and the Rhaeto Romance language Ladin).

My next chapter will trace the representation of identity in the contemporary literature of South Tyrol to the present day. The themes of this chapter align especially closely to the World Literatures strand to which my project belongs. I am especially excited to look at how engaging with more than one language has affected how authors from the province present themes of belonging and identity. I will use Norbert Conrad Kaser’s controversial 1969 Brixner Rede, which questioned the value of literature from South Tyrol, as a starting point for my chapter before focusing on the works of German- Italian- and Ladin-speaking writers from recent years.

Jamie Green is a DPhil candidate attached to the Creative Multilingualism programme. His research is examining interactions between cultural diversity, identity and multilingualism in South Tyrol.

This post was first published on the Creative Multilingualism site on 5 November 2018.