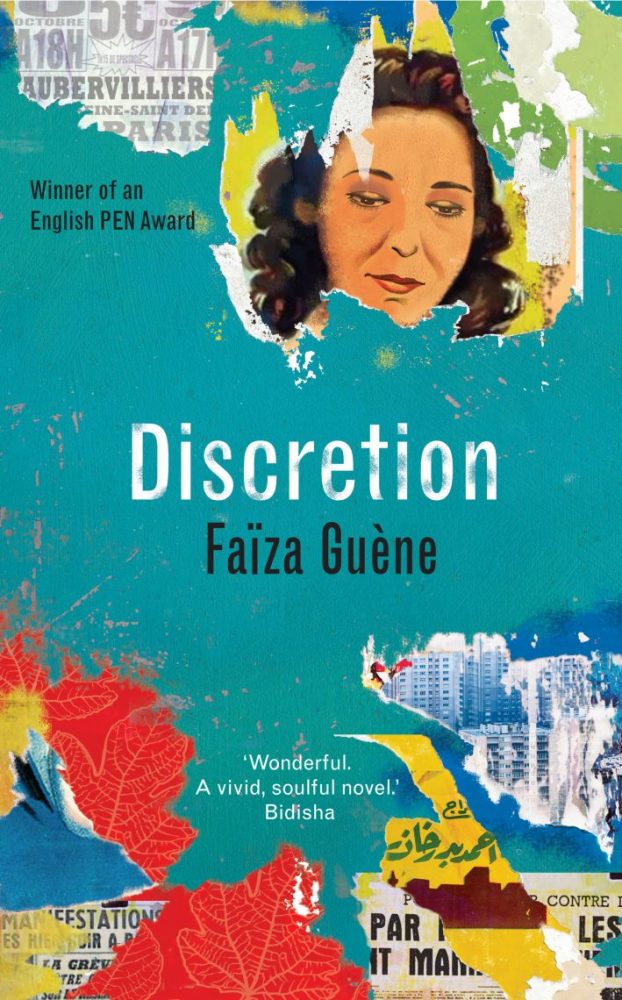 Rarely does a novel make me stop so often just to marvel at the sensitive, sensible and inquisitive sentences. The combination of thoughts is quite astonishing, and the translation by Sarah Ardizzone is exquisite.

Discretion, written by the French-Algerian Faïza Guène, while a slim volume, offers a richness that resonated with me throughout this story told from various perspectives. On the surface it is about the lives of Algerian immigrants in France. Yet underneath the observations about everyday things – adapting to new and different customs and cultures, reminiscing about childhood and struggling with memories – another level of thinking appears: an abundance of existential musings.

We follow two generations of a family as they live through major historical events and evolve as the children, born in this new country, become adults and negotiate the almost invisible conflict of interests that exists between Algerians and the native French. A portrait is painted of a society that deep down, motivated by individual prejudices and ingrained learned behaviour, might not want to accept strangers:

‘Omar has always felt this way, as if it were in his blood, or in his stomach: some things are not for the likes of us.’

While most readers will be familiar with the French-Algeria colonial conflict and the history of these two countries after WWII, few of us have had the opportunity to ask how people, especially women, really felt when forced to make a choice between trying to survive in North Africa and living in modern Europe.

This novel goes some way to providing the answers, as we follow seventy-year-old Yamina Taleb as she prepares for her birthday and reflects on her childhood in Algeria and Morocco, and her life in France after she followed her husband Brahim there (in an arranged marriage) in 1981. She has raised four children in the Parisian suburb of Aubervilliers, and ‘like many children of her generation, she resigned herself to what happened and forgave her parents for being out of touch with reality’.

She remains a traditional, quiet Arab woman, who also thinks in the terms of a contemporary European mother:

‘Taxi driving is a dangerous profession, especially for a mother with an overactive imagination. Only then can she drift back to sleep, serene and proud.’

She has also made a conscious choice to reject own emotional needs: ‘Yamina senses that remaining invisible is a matter of survival.’

People who are able to settle in new countries pay a price by losing their strong, life-affirming connections and their sense of belonging. This gives rise to a set of conflicting feelings that can’t be expressed in their new country, so remaining invisible and discreet seems to be the only option.

The author explores a whole range of emotions that come with this sense of lacking roots in the community. This process makes Discretion a remarkable powerful read. ‘Anger is passed on, without anyone realising it […] Nothing is more personal than regret’ certainly rings true. By acknowledging their migrant past and understanding their parents’ fate, the second generation of French Algerians can forge their own path and find peace. No formula for personal happiness is provided, but love and warmth can compensate for all the struggles:‘Now Yamina has her children. They are her recompense. And they’re taking her on holiday.’Compassion spreads throughout the family, and a tender, delicate brand of humour allows them to breathe more easily.

This year is the sixtieth anniversary of Algeria’s war of independence, and I would recommend that Discretion is one book that you should read to mark it.