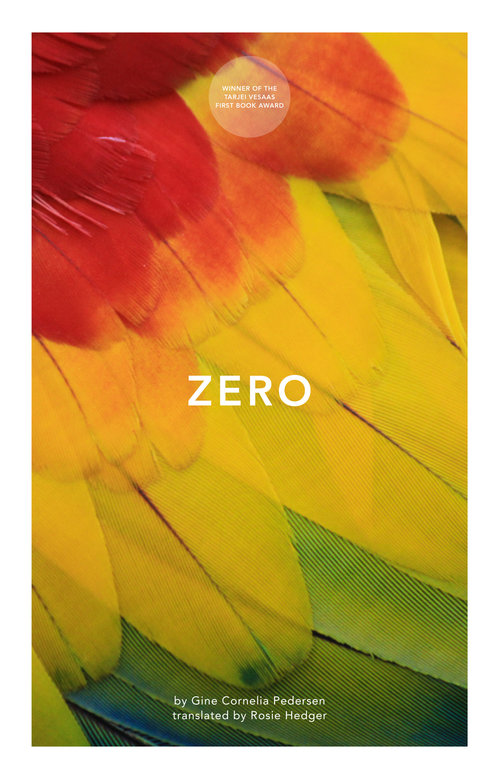 Gine Cornelia Pedersen’s explosive debut made a big impact in Norway, drawing stylistic comparisons to ‘a punk-rock single’, and receiving, in 2013, the Tarjei Vesaas prize for the best first literary work in Norwegian. Now it’s available in English and Pedersen is currently putting the finishing touches to her third book and has also starred in the hit TV show Young and Promising.

Brilliant and unsettling, Zero charts the life of a distraught girl living in contemporary Norway, and in doing so takes the reader to hell and back via a route full of agonisingly astute perceptions about mental illness, interspersed with the odd, elusive moment of happiness. As the novel opens, the unnamed narrator, intelligent but still only ten years old, is already painfully aware that something is not quite right. ‘I think about death almost every day. I do the kind of things to my sister that suggest I’ve got hidden sociopath traits.’ She smokes, kisses five boys, worries about her parents and wants to be an actress. She has an ambitious plan: first escape the boredom of ordinary suburban life, then reach the promised land of Oslo and, ‘stand on stage. There’ll be spotlight on me and me alone.’

The move to the bright and happening capital doesn’t fulfil her dreams, however. The rebellion and classic bad behaviour of ‘an average angry, tormented teenager’ only amplify her despair. Dead-end jobs, love / hate relationships, vulnerability, confrontations with everything and everyone, a constant questioning of her own existence and the rejection of her mother’s love, plus a cocktail of sex, drugs, drink and a weird type of rock-and-roll eventually send her into a psychiatric ward, where she’s pumped full of medication.

She is left feeling empty: ‘There are no thoughts in my head at all. Zero’. However, she does hear plenty of voices, fighting for her attention:

‘I have two voices now: My Angry Self doesn’t like anyone […] wants to murder anyone and everyone, to drag the world into misery […] My Inner Self is calm. It has perspective and insight, it’s tolerant and longs for everyone to thrive.’

Striving to live fully in the present but surviving on benefits, while idealising her equally damaged friend and then making an impulsive decision to marry, all prove exhausting. Finally she takes a doomed trip to the dangerous Peruvian jungle, aiming to understand herself at last. But both the reality and hallucinations she experiences there are shocking, and the violence is truly palpable. She has entered the abyss.

Zero can be perceived as a deafening, desperate cry for help, even though the narrator proclaims, ‘I don’t want help. I like it at rock bottom. It feels glorious’, and on occasion does soberly examine how society deals with those with mental-health problems. The first-person, mostly short, staccato sentences build the novel’s intensity and only serve to highlight the book’s content – there are no unnecessary words to distract from the physical pain, the depression and the darkly emotional humour.

Pedersen offers no analysis of or explanation for the emotions and turmoil, for the destructive highs and lows her protagonist undergoes; nor does she explain her desire to be constantly present in ‘Life’. Her pared down prose simply lays it bare for all to see and experience. Translator Rosie Hedger does an excellent job, not shying away from both harsh and lyrical expressions.

Brutal and raw, Zero is not an easy read, but it also has poetic moments. It brings to memory Angels of the Universe by the Icelander, Einar Már Guðmundsson, which is another striking fictionalised account of the conflict between insanity, reality and creativity.

Suffice to say Zero’s gloriously joyful cover will first catch your eye, but the virtuoso language and content will be what leaves the lasting impression.