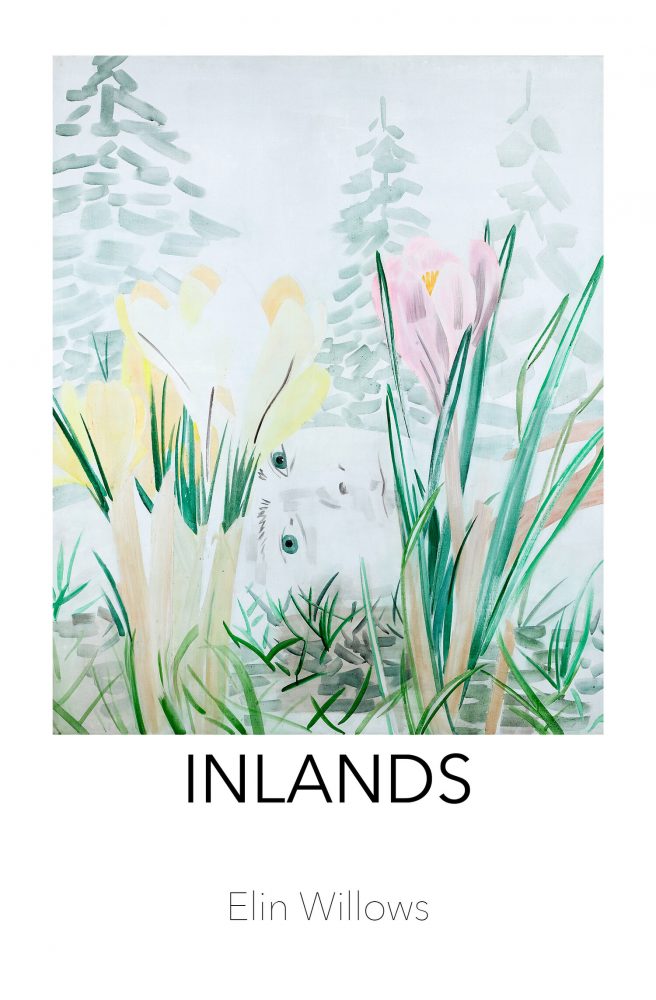 Elin Willows’ debut Inlands explores the emotional journey of a young woman who has found herself in a new place, far away from her friends and family. Overwhelmed by nature’s magnitude and the simplicity and strangeness of her new life, she searches for a new identity and for ways to overcome her feelings of alienation.

The unnamed heroine leaves Stockholm and follows her boyfriend to his home in the north – a small village in the arctic circle. Her decision, not understood by those close to her, seems irreversible, even though she realises during the trip that the relationship has broken down. This quiet breakup brings neither drama nor animosity, but it leaves her stranded in a location that is completely governed by the weather and by nature, with locals who aren’t unfriendly but are not extremely welcoming either. However, she is free to do whatever she chooses here, and the vastness of the possibilities this offers engulfs her.

She creates fragile bonds with the local people and soon begins to understand how their mentality is affected by their unique way of life. Working in a grocery store and renting a room in someone’s house, monotony and minimalism become her anchors, and her routine tasks and basic interactions allow her to lose herself in this unknown realm. Her uncomplicated existence is punctuated by occasional contact with her ex-boyfriend and by regular visits to the hotel where the locals congregate on Saturday evenings. For many people this is the highlight of the week, yet for thenewcomer these alcohol-fuelled gatherings symbolise a certain constant, albeit slightly forced.

As the days turn into weeks and months, and the seasons change, she discovers minute physical and psychological changes within herself, and becomes more familiar with the power of nature that surrounds her. This is not an easy process: the harsh yet beautiful Swedish north brings with it many challenges, and for someone who comes from a warmer, four-seasons climate it requires a strong will and many adjustments:

‘I don’t remember having seen cold like this before I came here. Cold that sits in the skin and in the hair, paints your hair white, grey with small crystals of ice. A cold that makes everything move a little more slowly and makes everything a little clearer. A cold that is visible, when you know what to look for.’

However, darkness is not a concern:

‘more the opposite, a kind of comfort. It’s like a warm room … with walls which curl around me and shout out everything else.’

While she is geographically distant from her previous life, she is light years away from it emotionally. Here all her feelings are laid bare; and while sometimes they demand attention, other times she simply experiences her current reality. She realises, however, and not without some pain, that she has to make more decisions:

‘Usually I manage to keep my thoughts at bay. I can’t handle getting into where they can lead. Feeling that I’m in a wrong place. Feeling that I should do something.’

In Duncan J. Lewis’ sensitive translation this exquisitely structured and poetic analysis of a life suspended effortlessly moves between delicate contentment and quiet despair, culminating in a poignant finale that might lead to the next stage of our protagonist’s life. A novel to savour, enjoy and read again.