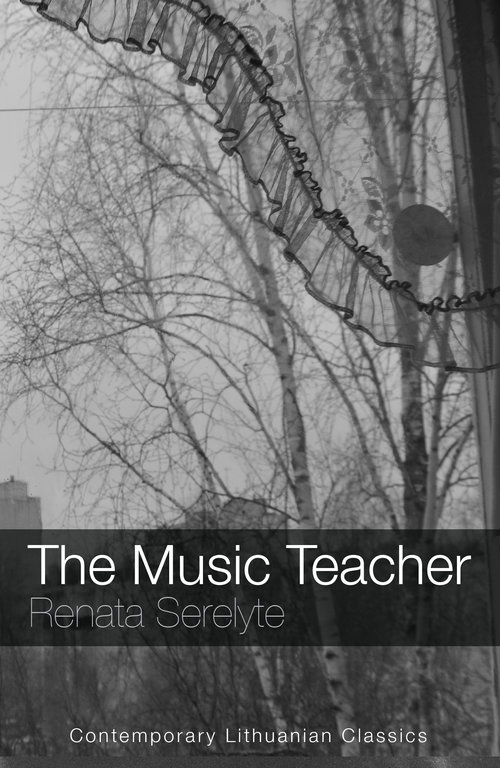 First published in 2004 The Music Teacher (‘Vardas tamsoje’ – ‘Name in the Dark’, if I’m correct) was made into a film in Lithuania, and is finally making its way into the English-speaking world in a fine translation by Marija Marcinkutė.

This is an unusual story, combining contemporary psychological elements and some of the characteristics of a detective fable. The nameless narrator and heroine, a provincial thirty-something police investigator, tries to solve the murder of a beautiful teenage girl found in the bathtub of a hotel room. The official coroner’s verdict hasn’t suggested anything suspicious, yet our investigator feels certain the victim has been killed and so continues to probe – mostly in the dark.

Her inquiries serve as a vehicle in which she travels back into her own past, and she is plagued by unwanted recollections of a forbidden love – a doomed affair with her school music teacher in Soviet-era Lithuania, which ended in her having an abortion. He did provide financial support for her legal studies but then disappeared, leaving only a gun as a farewell. Now though, he has suddenly returned, wealthy and politically well connected – possibly an ex-KGB agent – and demanding that she abandons her investigation.

This dreamy and nightmarishly strange narration shuns any traditional timeline as our protagonist recollects events from her childhood, her mother’s death, solitary days at students’ hostels, lonely summers at a friend’s empty farm, and choosing solitude to escape her drunken father and his equally unappealing girlfriend. Her imagination often runs riot, filling her monotonous days with visions, ghosts, witches and weirdos. This is, she says, partly because ‘it’s difficult to find a purely innocent person in a small town. It’s even more difficult to find one among law enforcement agents’; and partly because she tries to avoid real life in a place where nothing is personal or private, and where each day a secret admirer delivers a poisonous potted plant to her desk. She finds solace in alcohol, buying a bottle of Merlot on the way to the lake, then sitting on a cold bench and trying to forget her own mundane existence. She even has a glug  of brandy in her morning coffee in order to survive yet another day of stereotypes and superstitions.

But despair bubbles under the surface of the everyday life around her. Modern technology is yet to reach this small town, and Lithuania itself is still in the process of building a new identity, one that is marked by ancient prejudices and a history shaped by Soviet domin-ance. Yet super-efficient secretary Atali keeps the police station going, while its chief prefers concentrating on his Persian cat over following bureaucratic procedure.

Hurray for cats, then, for those who fight loneliness and for those who are happy to sit and observe what’s going on around them: ‘I tucked the cat under my jacket and left. The policeman on duty was dozing and didn’t notice how my breasts raged and growled unhappily.’ Renata Šerelytė’s rich and intricate metaphors, and astute observations are a great pleasure to read, but be prepared for a huge dose of dark and poetic surrealism.