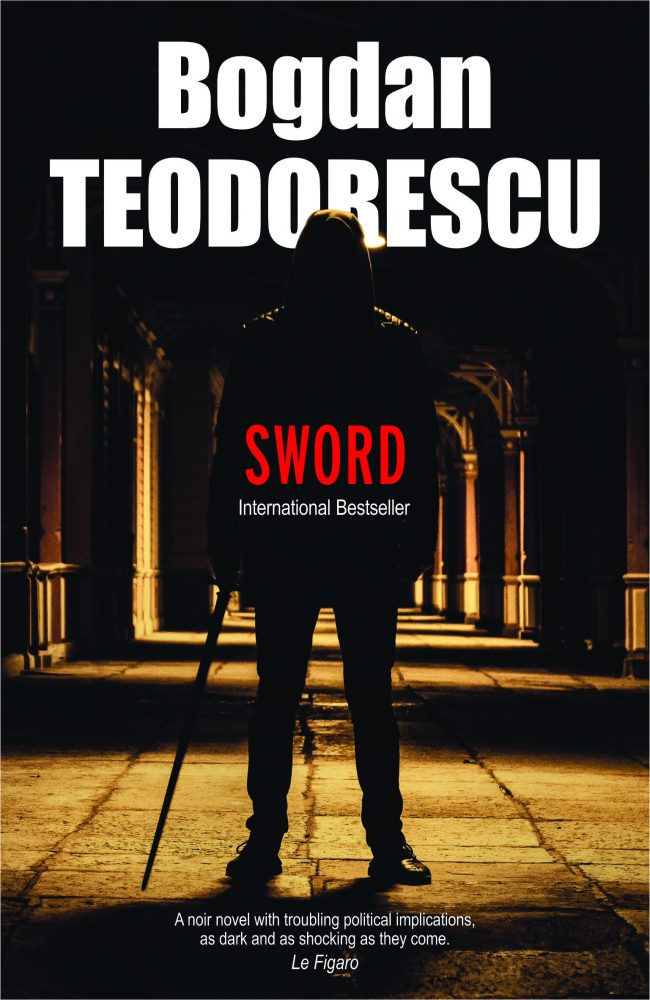 A vicious attack in Obor Market sends shock waves across Bucharest – a young man is stabbed to death and the police have no idea who might be the culprit. Soon another victim is found, killed in the same manner. The newspapers immediately run shocking headlines about ‘the Gypsy Killer’ roaming free. Initially the only things linking the men seem to be their ethnicity and involvement in criminal activity, but when more Roma are murdered over a period of several months the situation becomes terrifying. The investigation into the murders achieve nothing and neither does the offer of a financial reward for information about the killer. The public’s obsession with the mysterious assassin known as ‘Sword’ due to his weapon of choice spreads like wildfire, while nationalists come to regard him as a hero.

What becomes evident during the futile search for the killer is the increasing tension between Romanians and the Roma minority. Further violent incidents follow, and angry rhetoric and populist attitudes exacerbate the strained relationship between the two ethnic groups, who live in a region that is already prone to conflict. ‘The President liked to position himself internationally as a protector of ethnic minorities in his country’; yet he, as well as the prime minister, the minister of the interior and other senior officials manipulate how Romania is perceived both domestically and overseas. Nota bene women are absent from the political scene.

Published in 2008 Sword (original title, ‘Spada’) caused quite a stir in Romania. Following its publication in France in 2016 the book received huge acclaim from French readers while Le Figaro called it ‘a noir novel with troubling political implications, as dark and as shocking as they come’. Its author, a journalist and political analyst, has written several novels, two travel journals and a volume of poetry. Although he trained as an engineer, it is his work in the political and entrepreneurial spheres that makes his writing so engaging.

It is clear to me why the novel has resonated so much with audiences outside Romania; it appeals to fans of hardboiled crime fiction as well as aficionados of the political thriller, while the portrait of high-level intrigue is razor sharp, delivering gems of communication strategy worthy of modern politicians anywhere. The excellent translation by Marina Sofia is taut in style and authentically conveys a fragile young democracy caught up in a Machiavellian drama, against the backdrop of social machinations, corruption on a national scale, and international aspirations.

Sword blends sparkling, quick-witted dialogue, tactical games of words and verbal duels with short, fast-paced ventures into the criminal underworld, including throats being cut, people being burned alive, villagers being beaten to death, and a suicide committed to avoid media scrutiny. Teodorescu presents media manipulation with a flair, verve and confidence that has to be derived from his personal knowledge and experience.

Sword is a masterclass in how to massage the results of surveys and polls, and how to influence the media to portray a government in the best light while discrediting its opponents, and is therefore more valid and intriguing than ever.

Published by Corylus Books (May 2020)