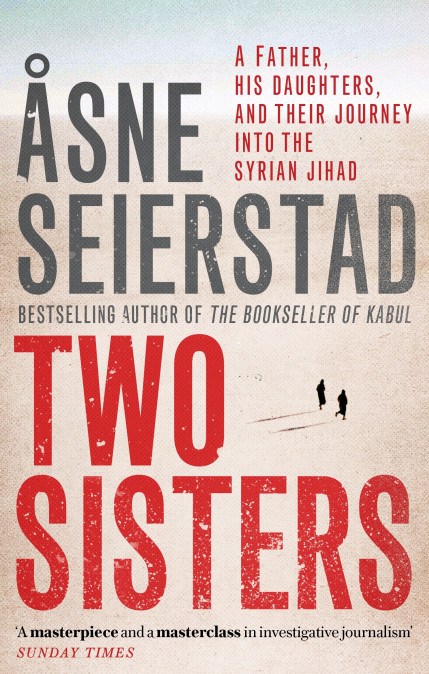 In the spring of 2019, after the ‘caliphate’ established by ISIS had finally crumbled, children of jihadists and their niqab-clad mothers filled the refugee camp in Al-Hol, among them two Norwegian-Somali sisters already well-known to the Norwegian public. Their radicalisation had been carefully documented by Åsne Seierstad in Two Sisters, her award-winning 2016 work of reportage. After the women were found and interviewed, Seierstad implored the Norwegian government to repatriate them together with their children. This has yet to happen.

Seierstad, one of Norway’s most respected non-fiction writers, began work on Two Sisters after she was approached by Sadiq Juma, the father of two teenage girls (in the book called Ayan and Leila) who in 2013 had travelled to Syria to help wage jihad. Juma wanted Seierstad to write a book that would serve as a warning; he felt he had been blind to his daughters’ gradual radicalisation, and now it was too late – both had married within the caliphate, and they refused to meet him or negotiate their return.

In the book, Seierstad carefully maps out the girls’ past, as well as their path to war-torn Syria. Interviews with former teachers, friends, and classmates give an impression of mature young women who were both informed and independent. Then the girls procure niqabs and become obsessed with living a clean life according to the word of Allah. They become involved with the extremist website Islam Net, and enter an Islamist milieu where the thought of travelling south to help set up a caliphate is not unheard of.

The volume is a study of the environment that makes radicalisation possible. Ayan and Leila’s parents are both moderate Muslims who emigrated to Norway from Somaliland in the late 1990s. Neither is particularly strict or concerned with what is haram – forbidden – and yet the girls’ docile nature, as well as their increasingly fastidious study of the Quran, should have been warning signs to their parents, as indeed they were to their teachers and friends. This begs the question of whether the girls were pushed towards jihad by a xenophobic, mostly white society, or if that society was too accepting of Islam Net and its increasingly irrational disciples.

Seierstad has been accused of writing her way into the minds of others, describing thoughts and feelings that she cannot possibly have access to. Her novelistic approach might lead her to embellish the truth, but it is undoubtedly effective; Two Sisters reads like a thriller. The ISIS hierarchy is described as ‘a machinery lubricated with blood’, and Seierstad observes that the only real difference between Bashar al-Assad and his father Hafez was that Assad the younger wore ‘sunglasses à la Top Gun’. Translator Seán Kinsella manages to make the prose just as absorbing as the original Norwegian. Shamefully, Virago has made the decision to only mention Kinsella on the copyright page, despite his considerable effort to make Seierstad’s complex material available to the English reader.

As with Seierstad’s last book, One of Us, which detailed the childhood and radicalisation of the Norwegian right-wing terrorist Anders Behring Breivik, Two Sisters offers many possible explanations but no firm conclusions. ‘Only they know their thoughts and motivations’, she writes about the sisters in her afterword. However, with her latest book, Seierstad may bring us a little bit closer to understanding the incomprehensible.