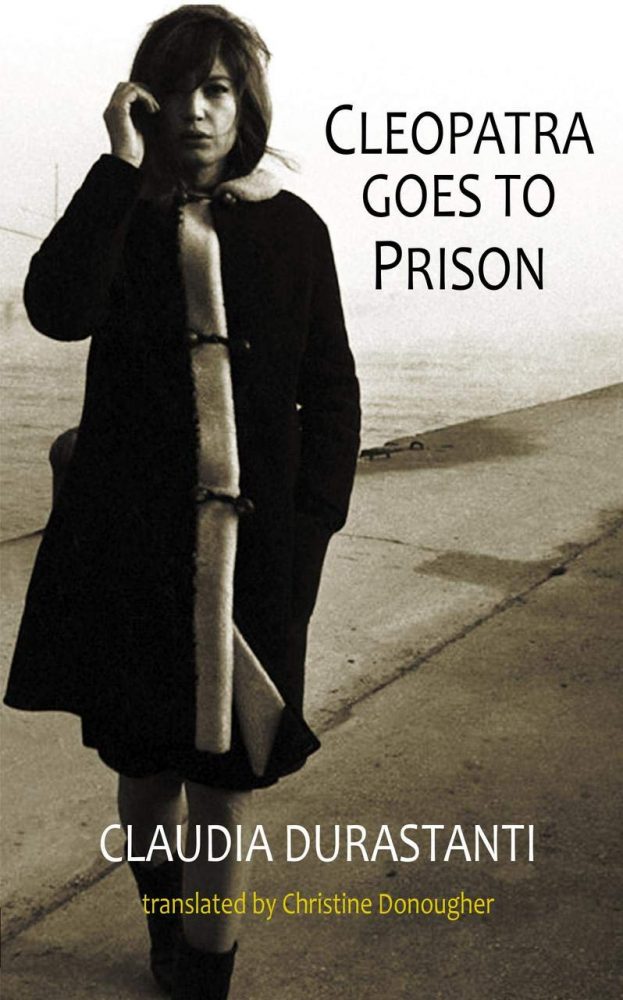 In this, her fourth novel, and the first to be translated into English, Durastanti paints a vivid portrait of a Rome where nothing in life comes easy. The protagonist, Caterina, is an ex-stripper with a bad hip, which was damaged when Aurelio, her boyfriend, slammed her against a wall. She is now working as a receptionist in a run-down hotel that is never fully booked. When Aurelio ends up in prison for supposedly pimping out his strippers in his nightclub, Caterina resolutely visits him every week despite the growing distance between them, and despite the fact that she is in fact having an affair with the policeman who arrested Aurelio.

In just 140 pages, Durastanti succeeds in exposing this world of strip clubs, dodgy deals and run-ins with the law, illustrating just how difficult it is for someone like Caterina, who has known hardship all her life, to escape her past and forge her own path. The chapters alternate between the first and third person, allowing the reader to get closer to Caterina without ever being able to figure her out completely. The truth behind Aurelio’s imprisonment, which is gradually revealed as the book goes on, adds an element of mystery to the plot.

The Rome that many readers will know from weekend city breaks, with its luxury hotels, fine wine and sumptuous meals, is entirely absent here. What we get instead is a visceral story of a young woman who does her best to carry on despite knowing that her true dream – to be a dancer – will never become a reality.

Translated from the Italian by Christine Donougher