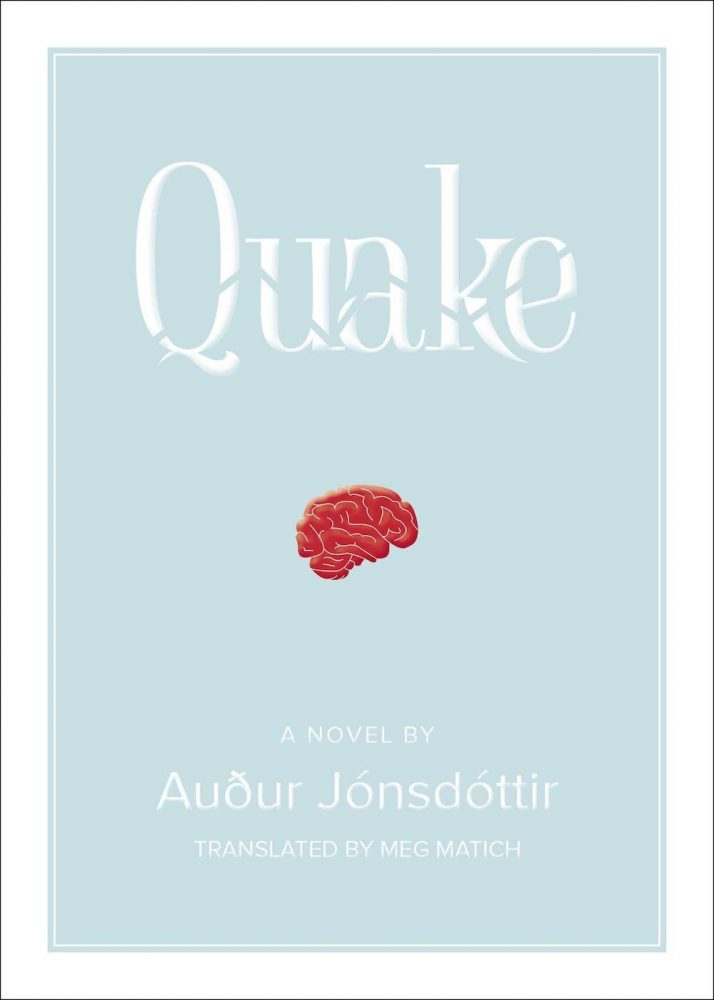 Quake is to be applauded for its ambitious approach to exploring our understanding of ourselves as if we were starting with a blank canvas. It’s a novel about how we view life and self-knowledge through memory and what happens when it is wiped and we can no longer rely on it for answers. Memory is nebulous at the best of times but especially when it has been smashed to smithereens by illness, and when the process of repairing it is fraught, scary and random. The journey of discovery that we share with the central protagonist, Saga, who, after having her memory wiped, is painting her canvas, is deeply involving, emotionally draining, but also exciting.

Saga’s missing memory returns in short, fragmented bursts and jolts of emotion. Her recovery is slow and she also has difficulty in fully grasping the present, poorly retaining recent events and the things people say to her. After a series of severe epileptic fits, Saga’s reconstruction of her past is the way in which she begins to reclaim an understanding of her relationships and gain a sense of her own character, which in her mind has so many gaps. She remembers her marriage to Bergur, but not their subsequent separation, thus questions (among many other things) why they live apart. As a result, Saga’s narration begins as fragile – a reflection of her disorientation – but slowly transforms as her sense of who she is regained.

One day Saga has a severe epileptic fit while taking her three year old son, Ívar, to the park. This hasn’t happened for nearly a decade. As a bystander helps her to her feet, Saga is confused and in pain, and the sudden recognition that her son is nowhere to be seen is terrifying. As she searches for Ívar a second seizure causes her to black out again. She comes around in hospital, again panicking over Ívar ,who is there with his father, Bergur, at her bedside. Another major seizure soon follows. Eventually Saga returns to the family home but conversations and time continue to slip from her grasp.

Saga reimagines her life from emotionally charged recollections. She has to divine meaning in the things people say to her: are they protecting her or being straight with her? Do they have an agenda? Shortly after her return home from hospital Saga’s mother disappears, why? Would her missing memories help her answer that question? There are practical and immediate issues too; for example, what brought on these new attacks, and how will this affect her relationship with Ívar?

It’s a painful recovery in which Saga learns things about herself and her relationships that are troubling and personally shocking: it’s a Pandora’s box, that once opened can’t be closed. The translation captures the damaged narrator’s rhythms with insight and clarity. This is essential for readers as the subject and style of the novel are both complex and challenging and can take some getting used to.

For Saga her discoveries are potentially devastating and as readers we feel this too. We all voluntarily and subconsciously erase bad memories, rewrite the things that we can’t live with. Imagine being unable to filter your life and having every experience thrown at you all at once. This is an intimate and unforgettable read.