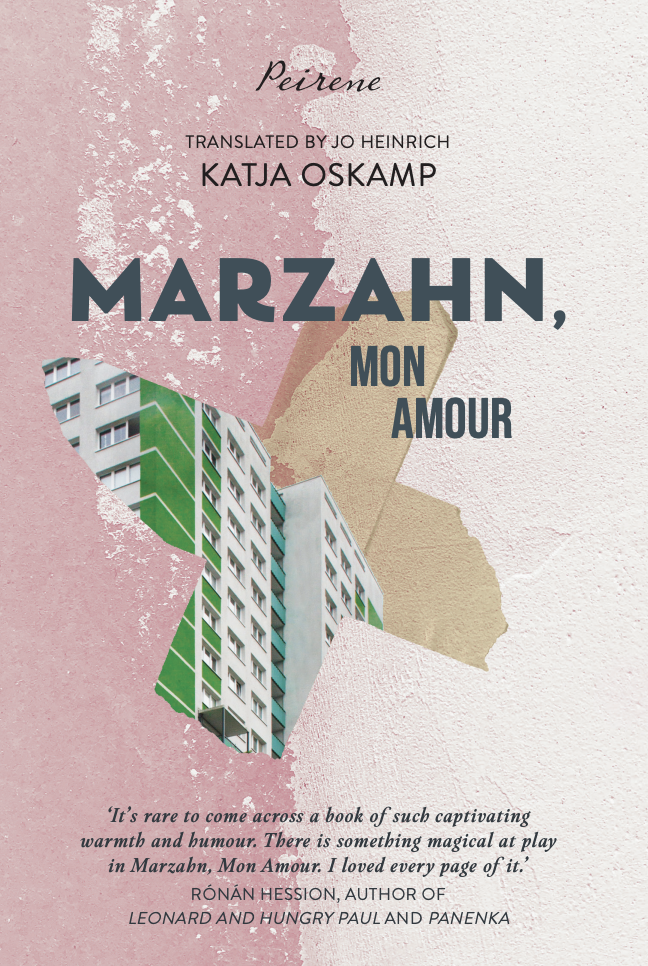 Have you ever contemplated quitting your day job to pursue your dream career? Do you fancy handing in your notice and becoming a film director, playwright or dancer? Well, the narrator of Marzahn, Mon Amour does the exact opposite. A successful writer whose sales have hit a slump, she retrains as a chiropodist and discovers that inspiration can strike in the unlikeliest of places.

‘I can’t help my newbie out of this impenetrable muddle. But I can round off the corners of his nails.’

She makes keen observations of her colourful clientele from the unique vantage point of the chiropodist’s stool. Each chapter presents an intimate portrayal of a different local character, their life stories woven together into one novella. The reader is offered a fly on the wall’s view of a community that has witnessed epic social change, and each vignette provides a glimpse of a nation at key points in its history. From World War Two to the collapse of the Berlin Wall, these are local stories with global significance.

The star of the story is undoubtedly Marzahn itself, an East Berlin district that in its heyday was a bastion of hope and modernity. Its un-soundproofed apartment blocks are a lasting legacy of a lost world of surveillance and suspicion, exposing private lives in all their comedy and tragedy. When a client’s bed collapses during a rigorous sex session, the neighbours hear it all. Parasols on balconies have to be bolted down or else they’ll be blown away by the severe Siberian winds. Dismissed by some as a ‘concrete wasteland’, Marzahn’s inhabitants know it to be exceptionally green, and it is even Berlin’s top district for dogs. In fact, some of the local pooches have a back story of their own.

Vibrant characters breathe life into the location, like Frau Blumeier who finds her electric wheelchair too slow and ‘lives in the hope of a tailwind, to make her battery last longer’. Or the former factory worker who inherited his graceful feet from his father, an artiste in a travelling circus. Or the child refugee who had been bundled into a goods train like cattle, her mother making her a toy horse out of an old military jacket using a tuft of her own hair for the mane.

This is Heinrich’s first literary translation and her simple prose elevates the mundane into something far more powerful. It is unique in the memoir genre as it’s up to the narrator to piece together her clients’ histories, sharing their often tragic experiences matter-of-factly. She’s at a crossroads, reflecting on the ageing process, simultaneously lamenting her current state while observing the ‘havoc old age was wreaking’ on the minds and bodies of her elderly clients. She comments on their appearance, from their crooked teeth to their liver-spotted skin, while contemplating the perceived ‘invisibility that befalls women over forty’.

‘Can you remember your midlife crisis – the fuzzy years, when you were turning around, at a loss, flagging from the tedium of swimming? Can you remember the fear of sinking in the middle of the big lake without a sound and without a cause – when you could see no land anywhere, no coastline, no shore, when you dropped to the bottom?’

This attitude is a little exhausting and at first I found myself struggling to relate to the protagonist. But eventually, after tenderly treating ‘approximately 3,800 feet and 19,000 toes’, she redeems herself somewhat by gaining from her observations a sense that she’s as young now as she’ll ever be again.

‘The time for you to do the things you want to do is now, not later. It might be an old self-help book platitude, but it’s true.’

Bereavement, suicide, addiction and disability are just some of the themes explored in this absorbingly intimate novella. From the humdrum to the dramatic, it offers a fascinating window into daily life and a touching tribute to Marzahn and its inhabitants. 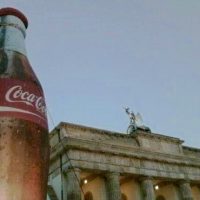 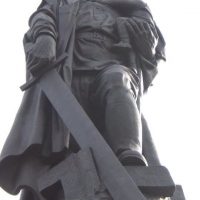 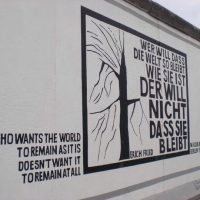 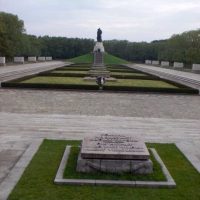 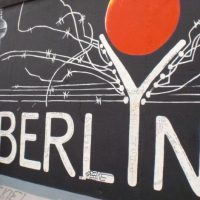 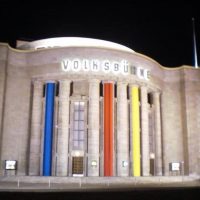 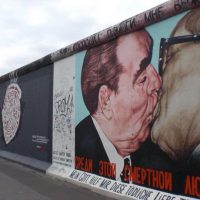 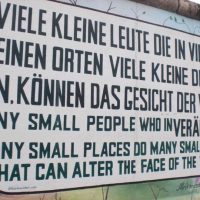