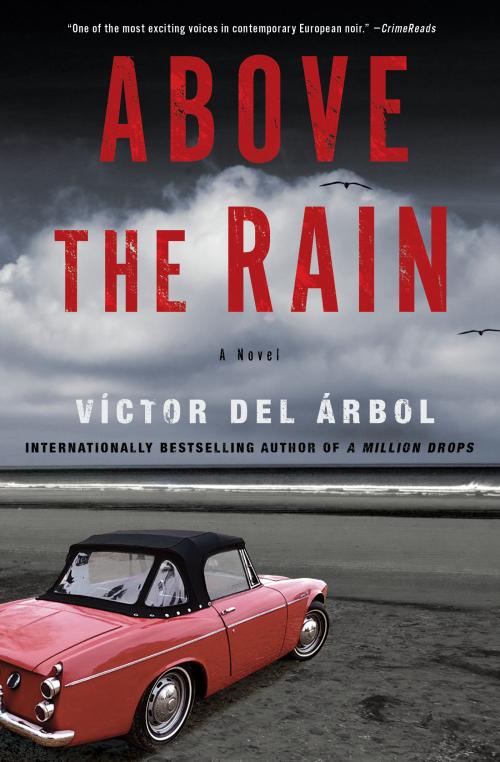 This is the fourth novel by former Catalan policeman, Víctor del Árbol, to be translated into English. Very few writers range across the physical landscape, and even time, with the same freedom del Árbol displays in his epic literary thrillers. Above the Rain is an emotionally charged social critique, exploring the symbiosis between the personal and political arenas, and the ways the lives of its modern-day characters are haunted by sinister family secrets and the brutality of the past. Whether or not you agree with the sweep of del Árbol’s narrative connections you will engage with the force of his argument, which by turns challenges and reaffirms the reader’s world view. As much as it is a mystery, the novel is a philosophical investigation into man’s inhumanity, and the elegiac prose is a pleasure to be savoured. Although the strands of the story appear disparate to begin with, nothing is extraneous; everything slots into place in time.

In 1950s Tangiers, eleven-year-old Helena survives her mother’s attempt to kill her while drowning herself – Thelma is bereft after breaking up with her Spanish husband. Helena is then sent to England to her maternal grandparents. Sixty years later Helena is a reluctant resident of a nursing home in Tarifa, Andalusia. Only the lively company of Professor Marqués relieves the boredom. Fellow resident Miguel relished his independence until dementia forced him into the home too. When Marqués commits suicide, Helena and Miguel forge a partnership and plan a last campaign together, a journey into their troubled family histories, something neither has had the courage to face until now. In Malmö, Yasmina works for Swedish drug dealer Sture to pay off a debt for her Moroccan grandfather. Her story is about to collide with Helena’s and Miguel’s, as they all attempt to understand, forgive or atone for the sins of the past.

Above the Rain is ambitious and panoramic, rich in personal drama and intriguing political events. While some novels explore individual nightmares, others have wider societal concerns, but del Árbol melds both in a ‘theory of everything’. Always ambitious, del Árbol occasionally over-reaches here; nonetheless, this is for the most part a gripping tale, andthecomplexity of the plot, and the exploration of history as seen from different perspectives, is always clear, cogent and thought-provoking.

Exploring generational pain, the consequences of not turning the other cheek and of taking of an eye for an eye, this is a totally immersive novel in which Del Árbol questions why people do the terrible things they do.