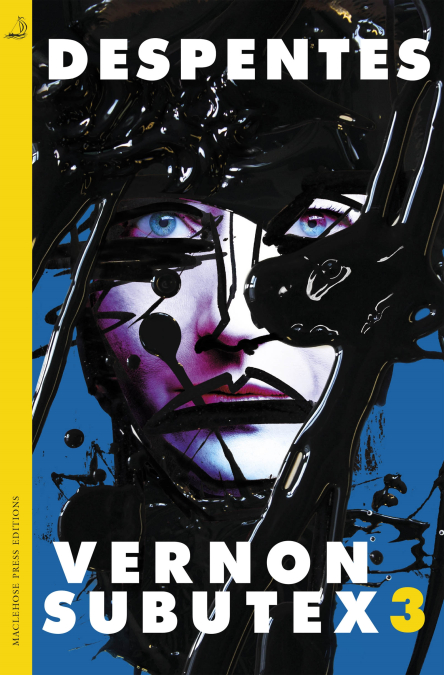 Vernon Subutex is a fictional biography that addresses several prominent themes of our times. The narrative is driven by a lament for French counterculture and for the country’s vanishing spirit of rebellion, liberalism, and even revolution; a decline accelerated by recent tragic events and the polarisation of French society. The story is framed by the Charlie Hebdo and Bataclan incidents and opens with Subutex bemoaning the change for the worse in Paris he sees on his return to the city after a long absence. It’s the beginning of a wide-ranging philosophical debate between the characters that dominates this book, which concludes a state-of-the-nation trilogy that has drawn comparisons with Balzac’s La Comédie humaine. With some justification, however, Despentes notes that her opus would be seen as a lesser work if the titular protagonist were female.

Vernon Subutex is now the leader of an anti-capitalist commune, whose activities revolve around raves known as convergences. He discovers that the man who befriended him when he was homeless has died and left the commune a hefty bequest. The soullessness of capitalism troubles Despentes writing, and the money is the source of much conflict and misunderstanding. Meanwhile, the deaths of Alex Bleach and Setana Vodka, plot lines from the earlier volumes, continue to haunt the characters here; someone has murderous intent, things escalate and catastrophe looms.

The Subutex story has lost none of its earlier fire. Despentes abhors society’s persistent misogyny, homophobia and racism, and is consistently provocative. There’s anger here but it’s subtly played; diverse voices explore the conflict between extremism and liberalism, and recognise paradox, (in, for example, anti-racist sexists). Despentes’ writing has a thriller feel, and the energy and bite of noir, but with humour always to the fore, and even though irreverence and popular culture trump highbrow here, the novel has genuine philosophical depth. Since the release in the 1990s of her novel and film Baise-Moi, Despentes has been a controversial figure, perhaps even notorious, but her passion is infectious, her arguments engaging.

In keeping with this era of Black Lives Matter and #MeToo, this novel screams: treat each other with respect, ditch your complacency, open your eyes to the troubles of the world, and change things. Despentes is most fearful of the void society flirts with when values disintegrate. The moral and intellectual vacuum of the consumer age is alive with the dark possibilities that might fill that void: the alt-right, fascism, religious extremism, intolerance, fake news and hatred.

The Vernon Subutex trilogy is a reflection on our tough times; it is often excoriating and visceral, but it’s also a satirical black comedy populated with weird and wonderful characters from the margins of society. In a final chapter that blurs the lines between reality and myth, Despentes tells us that Subutex has become a manga hero in the distant future, and the cult that has formed around him fill a void for the many millions disillusioned with this world.

Paul Burke writes The Verdict column for nbmagazine.co.uk and interviews, articles and features for crimetime.co.uk and the No Exit Press Crowdcast channel. Paul is a CWA member, lover of literature in translation and a crime fiction aficionado.