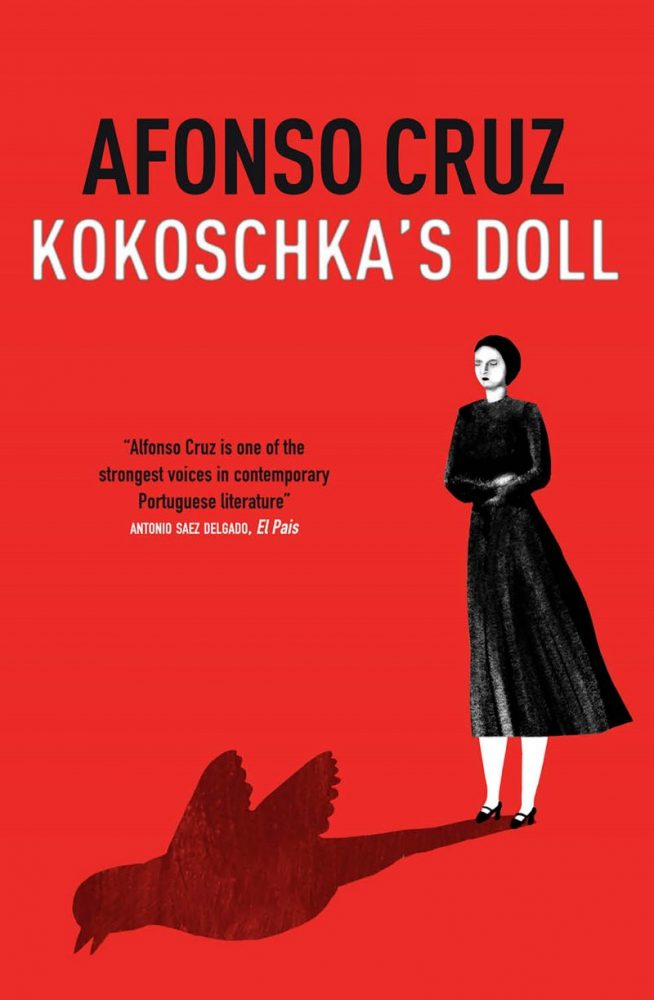 The amorphous and labyrinthine structure of Kokoschka’s Doll is certainly demanding. Portuguese polymath Afonso Cruz presents an array of parallel and tangential stories and themes that propel, then divert, and then re-establish the thrust of the novel’s narrative time and again. Ostensibly, this is the story of two Dresden families, spanning the twentieth century and two continents, but it is in fact more an exploration of ideas for which the characters are a cypher. The author’s intent is disguised in passages of fragmentary prose; constantly re-examining themes from different perspectives until the overlaying narration cleverly creates a clarity of vision. Perception is an obsession of this novel; Cruz offers the reader multiple ways of seeing events and people, questioning the truth of any one perspective. Each time a linear storyline surfaces it is waylaid and rerouted before, eventually, a train of thought is completed. This is exhilarating for the reader: this narrative seesawing is beguiling, as is the dalliance with fantasy, time-bending, surreal perceptions and the hyperreality of the writer’s imagination.

The titular Kokoschka was an Austrian expressionist, but it’s a bizarre incident in his love life, not his painting, that inspired this novel. The legend holds that Oscar Kokoschka, devastated by the end of his relationship, had a life-sized doll of lover Alma Mahler commissioned to replace her – a mannequin of exact proportions. For a year the doll accompanied the artist, day and night. Eventually, presumably cured of his ‘love’ for Alma, Oscar destroyed the doppelganger. As Cruz toys with this romantic whimsy he hints at a more sinister obsession. The doll is an objectification of the woman; ever compliant, ever willing, it never answers back.

In another narrative, we meet Bonifaz Vogel, a simple man, who, when he hears a voice emanating from the floorboards of his little bird shop, first demanding but then helpful, pays attention to every word. Isaac Dresner has fled to Bonifaz’s cellar when his friend Pearlman was shot dead by a German soldier. The memory of Pearlman’s head bouncing off the pavement onto his shoe will live with Isaac forever. Living separately, and yet connected, Isaac and Bonifaz survive the bombing of the city and the war. As does Tsilia, forced from her home at sixteen, another survivor of, and witness to, the conflagration of Dresden.

Kokoschka’s Doll is a novel within a novel; characters traverse the two narratives, slipping in and out of their own timelines too. Everything is fluid; there are unexpected, unexplained jumps in the narrative, and yet they make sense in the context of Cruz’s novel. Cruz questions our perception of existence through moments of chilling darkness but also of hilarious farce, asking whether we are marionettes at the mercy of the puppet master, or can write our own stories and endlessly reinterpret them.