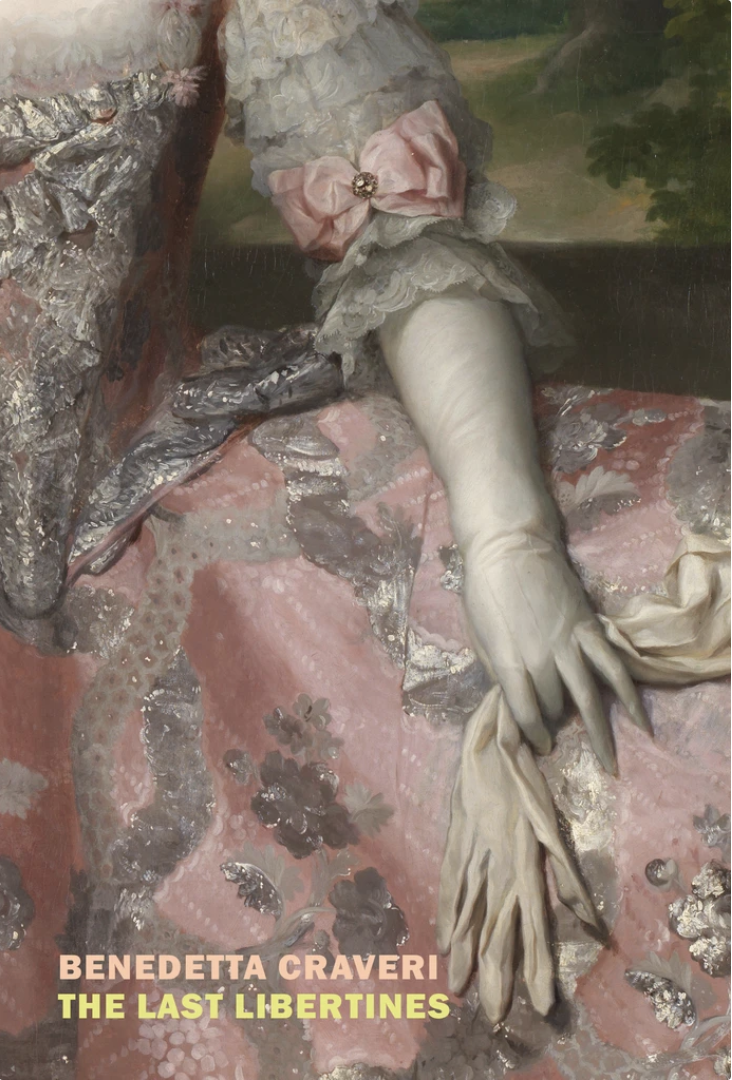 Robespierre foresaw his own execution – realising it would an inevitable consequence of the bloodlust the French Revolution unleashed. In her biographical history, Craveri asks whether seven young noblemen, chosen for their liberal leanings, could have foreseen the consequences for the monarchy and the nation of their adoption of enlightenment ideas.

The aristocrats, four counts, two ducs and a chevalier, were libertarians and free-thinkers who enjoyed rank and privilege, and saw no contradiction between their pleasures and more lofty pursuits. These descendants of the feudal rulers of France were the inheritors of great power and wealth, but were influenced by the philosophy of Diderot, Rousseau and Voltaire. Their engagement with the ideas of fairness under the law, citizenship and tolerance gives them a certain romantic appeal that is lacking in their peers. They were, however, inexorably bound to the monarchy of Louis XVI, to court alliances and rivalries, and to jockeying for position, even while striking a very different pose to their ultra-conservative forebears, and the powerful Catholic Church. While they may have been atypical of their class, their dalliance with progressive politics encouraged constitutional reform in the monarchy.

Away from politics, they married for money, alliance and preservation of the status quo. But they also had lovers and enjoyed ‘misbehaviour’ – the real liaisons dangereuses. The comte de Narbonne was the lover of celebrity woman of letters, Madame de Staël; the duc de Brissac a lover of Madame du Barry, the king’s maitresse-en-titre, and the duc de Lauzun’s memoir was suppressed by Napoleon for its lewdness. Craveri doesn’t dwell on sexual behaviour, rather it’s their liberalism that makes these men’s stories intriguing. The philosophical origins of libertarianism and the proto-libertine the Marquis de Sade hardly get a mention.

The book is a fascinating account of lives that conform to expectations of rank and yet have genuine radical flair, heroism and, to a greater or lesser degree, revolutionary zeal. Some made themselves useful to the new republic, even embracing their loss of privilege. However, Craveri points out that the comte de Vaudreuil was a slave owner in Saint Domingue. Wealth is rarely guilt free. Craveri explores the make-up of these men, examines nature versus nurture, the human capacity for both change and conformity, and their redeeming qualities.

Some may feel that these aristocrats deserve a harsher spotlight, or perhaps none at all, but Craveri demonstrates that there is a story worth telling here. This unorthodox history is certainly selective, perhaps reflecting the author’s preference for arts and letters over politics. It is nonetheless engaging, intelligent and intriguing, not least for Craveri’s enthusiasm. This is romantic history, the romance emphasised by Craveri’s literary style, but her warmth for her subjects does not blind her to her subjects’ many and significant faults. There is plenty of insightful analysis in this well-researched book.

Passionate, entertaining and thorough, The Last Libertines is unique in its perspective on eighteenth-century French society and the Revolution. I’m a revolutionary at heart but this book about the aristocracy in the last throws of the ancien régime is a pleasure to read.