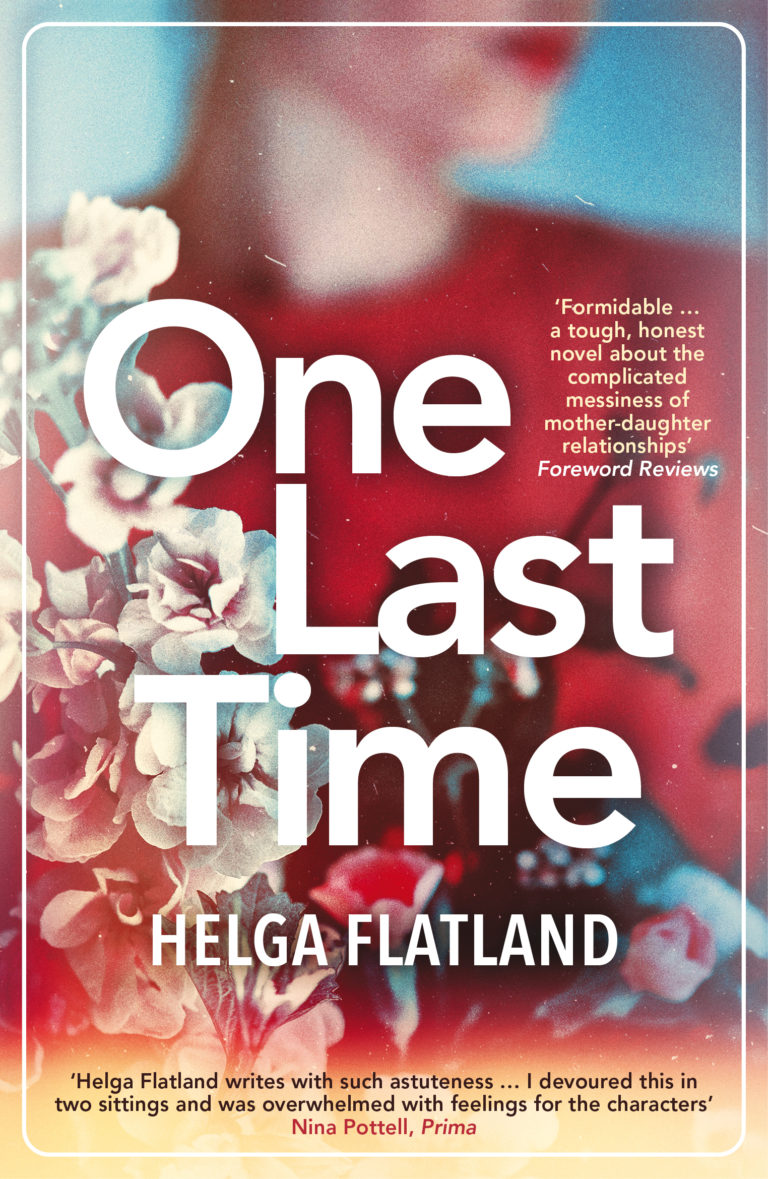 Flatland’s exquisitely crafted exposé of family life is acutely perceptive, and while her analysis is forensic it is also empathetic, displaying a deep understanding of the strengths and frailties of relationships. Three generations of women hold each other to higher standards than they expect of themselves; they take each other for granted, and resentments fester. A traumatic event gives them pause – first for reflection and then reconciliation. Warm and witty, One Last Time explores the misunderstandings and personal disappointments that cloud these women’s judgements but also the unconditional love they have for each other.

When Gustav is taken into care, Anne is faced with a future she never imagined; then she discovers she has terminal colon cancer and the clock is ticking. This cruel double blow forces Anne to consider what she wants to do with the time she has left. She fears how her daughter Sigrid, granddaughter Mia and the rest of the family will react to her diagnosis. Sigrid is a doctor, which only adds to Anne’s anxiety: she needs her daughter, not another medical professional. When Sigrid hears the news, she has the same dilemma: how to approach her mother’s illness as a daughter not a doctor.

Sigrid’s daughter, Mia, is leaving college, making her own way in the world and establishing her independence. She has always been close to her stepfather, Aslak, but her birth father, Jens, suddenly reappears in her life after a sixteen-year absence. Sigrid had Mia very young, and when Jens walked out while she was pregnant, she brought her up without her father. Sigrid still feels betrayed by Jens and doesn’t understand why Mia doesn’t feel the same way. She also feels she was smothered by her own mother while growing up, while Anne feels she was protective and caring. Anne’s illness brings the women together and they confront the issues that have lain between them over the years. Naturally, new frustrations crop up – relationships are never smooth – but there’s a new warmth between them, a developing understanding.

Not only is Flatland even-handed by providing each woman’s perspective – we come to understand their ambitions and desires – she is also strong on how Anne’s illness affects the wider family and on Sigrid’s understanding of her role as a doctor. Flatland’s portrayal of the intergenerational dynamic is also profound. She questions the fear that leads us to leave so much unsaid within our relationships, shows how we allow small things to get in the way of our love, and urges us to cherish and accept others for who they are. This novel champions the resilience and brilliance of the human spirit. Powerful, thought-provoking and heroic.

One Last Time by Helga Flatland

Translated from the Norwegian Rosie Hedger