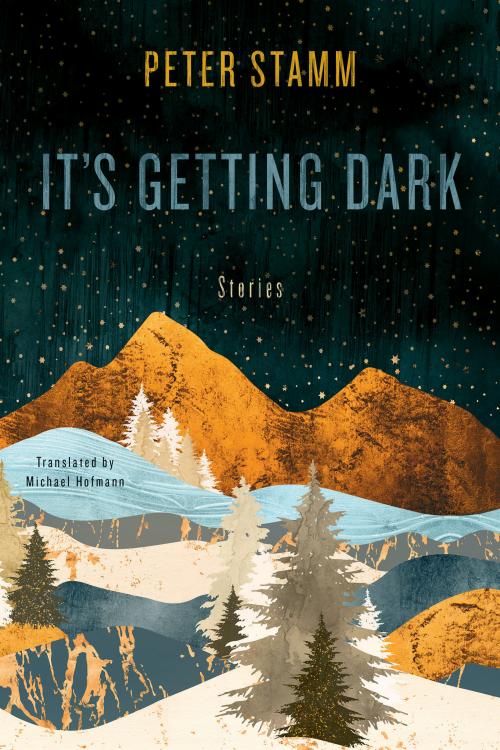 Swiss author Peter Stamm’s new collection of twelve short stories, his first collection in a decade, is engaging, elusive and deceptively subversive. Nothing is quite as it seems. Each tale is a chameleon, with a scenario that is apparently mundane and a tone that’s vaguely festive, even romantic, all presented in plain prose; but this proves to be a feint. Subtly the focus shifts and darkens; the stories become introspective, assuming an almost autobiographical feel, as though they are excerpts from an unhappy memoir. We find ourselves blindsided as each opening passage, each everyday vignette, takes a strange turn that strips the narrative of its innocence. Telling details emerge from somewhere between memory and reality, in stories of longing and the search for interpretation. Meaning deviates, the past is opaque, and when the characters attempt to decipher it, darker and darker interpretations surface.

The opening story, ‘Marcia from Vermont’, is the longest and the most involved. This complex tale is also the perfect preface to the stories that follow, all of which feed off its themes. These common threads enable Stamm to achieve even greater brevity in the spare writing that is his hallmark. While we as readers may be seduced by the beauty of winter and the Vermont countryside that form the backdrop to the artist colony in this first story, protagonist Peter feels trapped by the same scene, desperate to leave a place that was established by the parents of his former girlfriend, the Marcia of the title. If he doesn’t escape, the coming snow will make him a prisoner. We learn that years earlier, when he first met Marcia in New York, Peter was an ambitious young artist grappling with failure. Marcia’s arrival one Christmas Day filled a vacuum for him; he connected with her and her complex relationship with her married lover and his wife. The memory is a happy, nostalgic one. And so, as a now-successful artist, Peter heads for the Vermont retreat hoping to see Marcia again. Yet once he gets there, the memory of his time in New York is challenged, and the trip is far more fraught than he ever imagined.

Further into the collection comes ‘Nahtigal’, a story that illustrates the edginess of Stamm’s narrative course, in which a young man reflects on his childhood as he sits in a cafe contemplating robbing a bank. Perhaps the most disturbing tale is ‘Sabrina 2019’, in which the titular Sabrina agrees to model for an artist called Hubert – not anticipating the impact that seeing herself as a statue will have on her own sense of identity. She becomes so fascinated with the piece that she follows its trail when it is sold, allowing her own life to be subsumed in the process. The last story, ‘Shipwreck’, tells of a man worn down by life and trying to withdraw from the world. Each tale is consistent in the way it places us at its heart, garnering our empathy and thus making the twists all the more potent.

This is a philosophical book, concerned with the junctures between art and life, and between memory and identity, and how one imitates the other without it ever being clear which is the progenitor. It tells us that the past can be nebulous, and we live life on shifting sands: it’s a notion that is difficult to come to terms with when everything around us seems benign, but in these claustrophobic, mesmerising and unsettling tales, it is more alien still.

Translated from German by Michael Hofmann