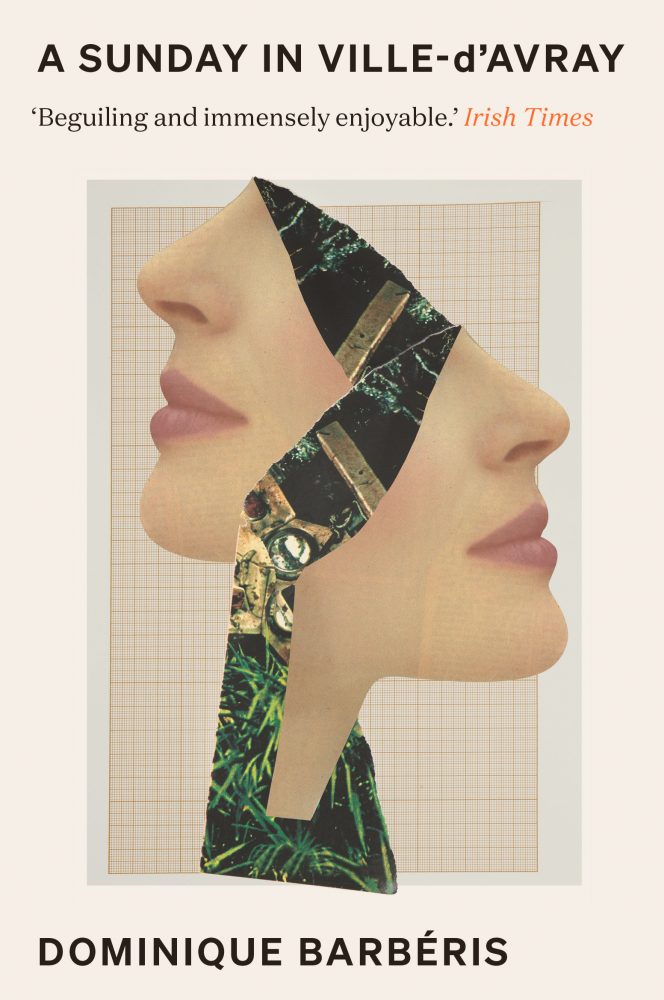 On a warm late-summer Sunday afternoon, the unnamed narrator travels from her central Paris home to visit her sister, Claire Marie, in leafy Ville-d’Avray, a bourgeois enclave of the city. Visits are rare; the two women have grown apart over the years, and each is mistrustful of the other’s lifestyle. Both are married and apparently leading unexceptional lives, but this particular Sunday will be a day for contemplation and revelation. In this slim and exquisitely crafted novel charged with longing and regret, we discover that still waters run deep.

‘“Bear in mind,” said Claire Marie, “in stories like this, there’s never anything to understand. And they’re not very interesting.”’

There’s both truth and self-deception in Claire Marie’s words to the narrator on revealing that she had an affair many years ago. She delivers the news matter-of-factly:

‘“I had an … encounter, years ago, didn’t I ever tell you? Something happened to me.”’

This ‘encounter’, it transpires, may not even have been consummated. So, indeed not all that ‘interesting’ in itself. Yet what it says about Claire Marie’s inner life is fascinating. She is desperate to understand why she did it and why she came back to her marriage: she needs to find meaning in it.

The narrator, meanwhile, is left reflecting on her own suspicion that Claire Marie’s doctor husband, Luc, had a relationship with his colleague, Fabienne. She wants to dismiss Claire Marie’s story but is as intrigued as she is shocked by it. According to Claire Marie’s account, she was temping at Luc’s surgery when she met M. Hermann. A month later, he stopped in the street to offer her a lift home; they shared a drink and he left her his number. Despite Hermann remaining a virtual stranger, she rang him, and they began meeting regularly in the Fausses-Reposes forest. Claire Marie’s retelling opens a window on both women’s lives; it’s a musing on their passions versus their responsibilities, on the decisions that make them who they are.

Claire Marie, Luc and their musical child live comfortably in Ville-d’Avray, but the word ‘comfortably’ is subverted to mean mundane: it hints at the pretentions of class, and possibly the vacuous nature of suburban life. The narrator sister reflects on the dreams and aspirations they had as children. The pair grew up in Brussels, sharing secrets that no one else was privy too, days of innocence and romantic notions of Mr Rochester that gradually crumbled into adult reality. They discover that there are no white knights on destriers, that princesses no longer live in castles. Then, over time, their aspirations for the future give way to reflections on the past.

There is a motif that runs contrary to the sisters’ fragile, sometimes cold, but unbreakable bond: the tangential or fleeting contacts that hint at another version of life. As the two women’ history is laid bare, we must beware of the slipperiness of memory and interpretation. And, of course, the grass is not always greener. There’s a nod to the Serge Bourguignon film Les Dimanches de Ville-d’Avray, the plot of which hinges on a terrible misunderstanding. A truly thought-provoking novel that leaves us pondering about our own lives.