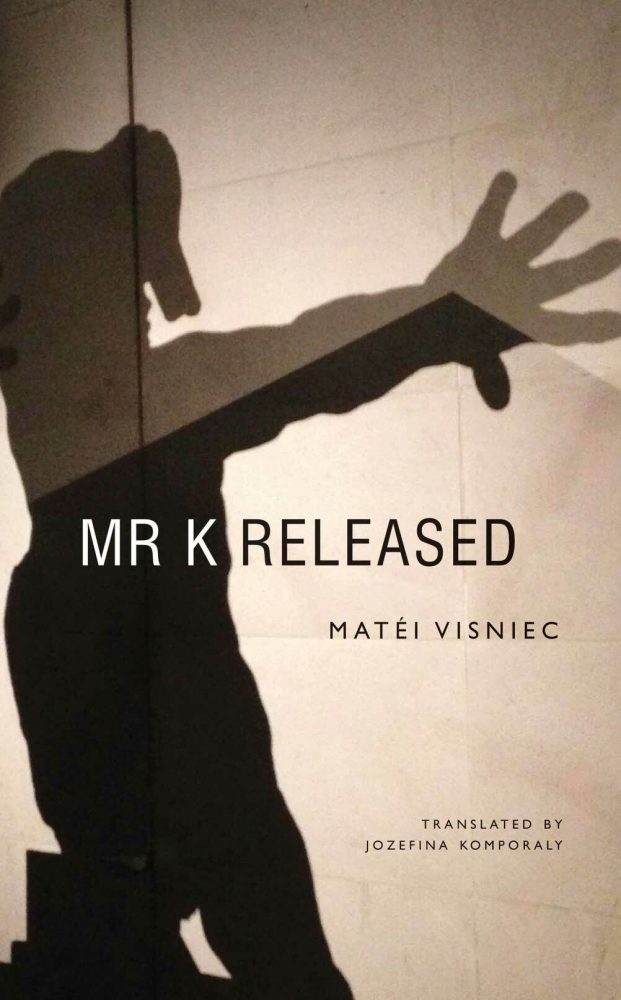 Imagine the moment when the Ceaușescu regime fell and suddenly people were in charge of their own lives for the first time. There was no road map, nor was it possible to call on living memory to help. The responsibility for what happened next fell on everyone. That is the starting point for Visniec’s allegorical tale as he riffs on themes from Franz Kafka’s The Trial, exploring our complicity as individuals in the state’s suppression of justice and freedom of expression, and our ability to adapt to an alternative, freer future. Like Kafka, Visniec is concerned with the walls we build in our own minds, and with the invisible bureaucracy that is the enemy of justice, and specifically with systemic barriers to democratic governance.

Mr K Released is about a man struggling to come to terms with the sudden end of his sentence for an unspecified crime. His dilemma echoes that of Romania’s fledgling democracy – how to handle guilt about the past while trying to organise and run a new order, a better society. Dictatorship neuters personal control, while democracy asks individuals to take authority and responsibility. It’s a frightening as well as an exciting prospect, and Visniec’s novel is about the pitfalls of the future as much as the opportunities it holds.

In The Trial Josef K. is arrested and left to ponder his crime and his fate. Kosef J in Mr K Released, by contrast, is told that his sentence is over in the most Kafkaesque way. One morning the guards bypass his cell at breakfast time, and don’t let him out for the day’s work either. Perplexed and hungry Kosef opens his unlocked cell door. Sick and fearful he eventually takes the lift up to the ground floor, where the guards greet him warmly. They tell him he is free to go. Suspicious, he assumes this is a trap and returns to his cell. But the same thing happens the next day. Eventually, Kosef accepts he is no longer a prisoner, but something stops him leaving the gaol. He earns food by making himself useful in the kitchens, and every time he talks about leaving he finds an excuse not to: he needs a letter from the governor or a new set of clothes from the laundry. To leave is to become self-determining, to accept responsibility for his life, for the future, for others. The prospect is too daunting. Meanwhile, the glimpses he has of the outside world are frightening and fluid. Kosef is an atheist, so what philosophy will he live by when a simple set of rules no longer applies?

This portrait of a man tormented by doubt, weighed down by the burden of responsibility, is both touching and funny. Perhaps Visniec tries to hit too many targets with his allegory of the real world, diluting their effect, but this is generally a sharp and empathetic dissection of life’s dilemmas. Are we our own worst enemies when it comes to our future? A thought-provoking read.