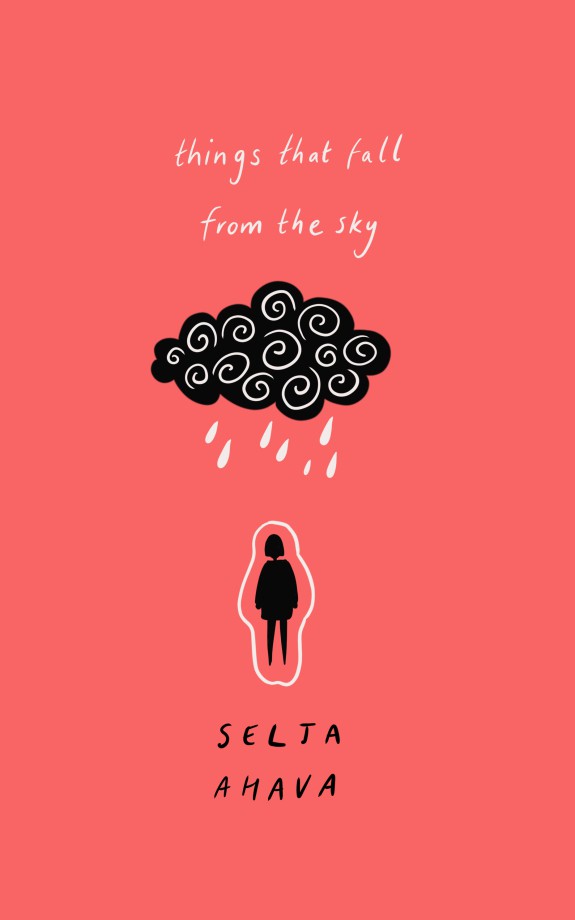 #RivetingReviews: Lucy Popescu reviews THINGS THAT FALL FROM THE SKY by Selja Ahava

Selja Ahava’s compelling novel explores random acts of chance and how ordinary people cope with extraordinary events. In the first part, entitled ‘A Walled-In Girl’, eight-year-old Saara is coming to terms with the loss of her mother, who has been brutally decapitated by a block of ice. Saara sifts through her inadequate and fragmented memories as she watches her father, Pekka, break down in the immediate aftermath of the accident. Devastated, they move in with Saara’s Auntie Annu who, after winning the lottery, has bought a manor house close by. Saara and Pekka find it hard to move on:

‘Time stopped. I couldn’t think forwards or backwards. Someone drew a thick white line round our thoughts, and the thoughts stopped, and we got stuck there … time heals was a pile of shit, and it was useless, anyway, because time wasn’t moving, and we were stuck.’

In the novel’s second part, Annu wins the lottery for a second time, and takes to her bed in shock. Later, after watching a BBC documentary, she strikes up a correspondence with one Hamish MacKay, with whom she feels a strange affinity. Through their letters, we learn he is a fisherman living in the Hebrides who struggles with others’ prejudice after being repeatedly struck by lightning. When his boat is struck again and his fishing companion dies, Hamish is shunned. Rather than congratulating him on his good fortunate at having survived once again, people curse his bad luck: ‘People also saw fit to speculate as to why he and his blone had no wee ones, and why Hamish’s hair had turned white after the first strike.’

The third part of Things that Fall from the Sky is narrated by Krista, Pekka’s pregnant girlfriend. Pekka has, apparently, reconciled himself to the loss of his wife, but Saara, who Krista refers to as ‘the girl’, continues to have nightmares.

Ahava knits together these three distinct voices – rendered here in Emily Jeremiah and Fleur Jeremiah’s superb translation – so skilfully it’s not hard to see why Things that Fall from the Sky, won the EU Prize for Literature. Ahava has created a poignant tale about disrupted lives, ruptured identities, grief on hold, the desire to be understood and the human need for closure.

But she also playfully deconstructs Aristotle’s definition of plot, quoting his observations in Poetics as a prelude. Aristotle suggests that a good plot cannot rely on chance; our enjoyment depends on the inevitability of its development. Ahava’s story is made up of random events and, as she suggests in her closing pages, narrated by Saara, chance may yet intervene: ‘Things happen. Overlapping at the wrong time, at different times, in the wrong places.’

The acts in her novel are unexpected, as are the ramifications for her characters. Ahava questions the creative process, and slyly implies that a good story does not always need a definite end. It’s a clever ruse in a novel that leaves you wanting more.

THINGS THAT FALL FROM THE SKY

Translated from the Finnish by Emily Jeremiah and Fleur Jeremiah