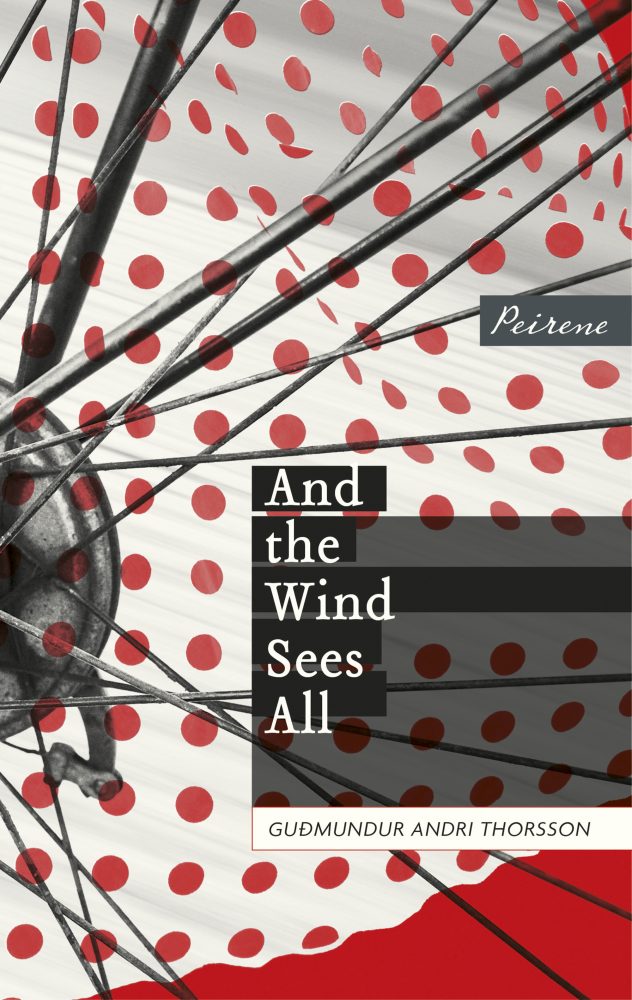 #RivetingReviews: Lucy Popescu reviews AND THE WIND SEES ALL by Guđmundur Andri Thorsson

Set in an Icelandic fishing village, Guđmundur Andri Thorsson’s charming novella, And the Wind Sees All, deftly translated by Bjørg Arnadottir and Andrew Cauthery, contains a dazzling array of voices. The hopes, secrets and betrayals of various characters are revealed as they watch newcomer Kata sail by on her bicycle, wearing a polka-dot dress, on her way to conduct the local choir. The narratives appear to take place in a matter of minutes – as long as it takes Kata to cycle from one end of the village to another – and yet decades can be covered in one person’s recollections; and Thorsson skilfully imbues each character with just enough detail to leave you wanting to know more.

Iceland’s unforgettable landscape forms a stunning backdrop to these tales and, as successive characters make love in the outdoors, ‘on a woollen rug the colours of the Icelandic flag’, the cyclical nature of their daily lives is underlined. Everyone knows each other in this village and the choir serves as a unifying force for the community. For some it is perhaps a substitute for Iceland’s oral storytelling tradition. For others the collaborative nature of choral music has a redemptive quality. Thorsson reminds us, however, that many parts make a whole: if one cog is missing, the whole machine collapses.

These tales are multi-layered – which is unsurprising, as Thorsson has been an editor, columnist and translator, and is currently a member of parliament. Many in the village continue to feel the repercussions of the 2008 economic crash and the ruin of two characters serves as a damning indictment of both religion and business. The village priest, Reverend Saemundur, is an alcoholic gambler, while the vanity of local restauranteur Lalli Puffin has wrecked his endeavours: ‘in his hands, everything withered’. Despite this, hope is another central theme. Kata’s dress – an image that adorns Peirene’s book cover – hints at her happy expectation; and yet, we learn, Kata harbours a dark past.

It is his brilliant interplay of light and shadow that marks Thorsson as a writer of talent. A ghost is a prerequisite for all good Icelandic tales, and Thorsson does not disappoint. But it is his evasive characters who are often the most memorable: Jói ‘thinks that his pot belly is a secret that can be hidden by a straightened-out shirt. He imagines that his secrets are tucked in.’ Árni left a successful advertising career when his girlfriend walked out – her needs and desire had remained just outside his understanding. When he returns to his father’s fishing village ‘[e]verybody knew that he had a secret. Everybody knew that he was guilty of something. Everybody knew that he was serving a sentence of some kind.’

Thorsson’s interweaving of gossip is also terrific – one narrative might appear less important than another but in fact carries enormous resonance when we learn something crucial about another person. Entire books could be written about any one of the characters but, as a portrait of a local community, And the Wind Sees All offers a powerful sense of Icelandic culture and identity.

AND THE WIND SEES ALL

Translated from the Icelandic by Bjørg Arnadottir and Andrew Cauthery