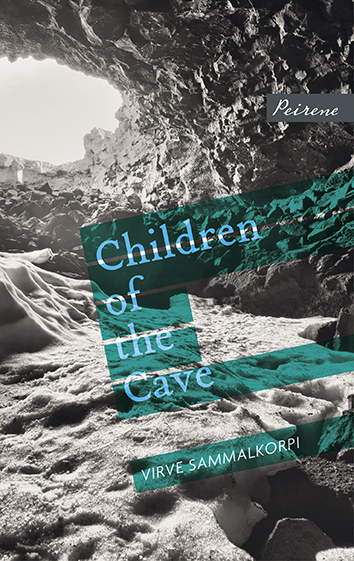 Children of the Cave, which opens in 1819, some thirty years before Darwin published The Origin of Species, questions what it means to be human. Jean Moltique is an esteemed anthropologist, a member of the Académie des Sciences, who claims to have discovered the footprints of a yeti. Iax Agolasky, a young Russian fluent in French, is employed as his assistant and interpreter on an expedition to north-west Russia in search of a lost tribe. They are accompanied by an unruly bunch of hunters, guides and trackers, who Agolasky, an educated man, finds repugnant. Through fragments of Agolasky’s diary, and an unnamed narrator’s reflections, we learn about their amazing discovery of a small group of forest dwellers, who Moltique names ‘children of shadows’.

Virve Sammalkorpi’s award-winning novel, deftly translated into English by Emily and Fleur Jeremiah, weaves a dark fantasy from this material and raises interesting questions about the burdens of scientific research and the compromising of ethical considerations in the pursuit of knowledge. The children live in a cave and have animal traits: the tongue of a parrot, the fur of a fox, the snout of a boar, and the ears of a hare. Initially, Moltique claims they are animals, descended from monkeys, and kills one to examine it further. He reasons that they are ‘an indeterminate species between man and beast’. Agolasky continually questions the professor – ‘I felt it would be tragic if we were to sacrifice the voice of our hearts at the altar of science’ – but lacks the moral courage to stand his ground.

After Agolasky befriends Anna, the de facto leader of the group, he learns the children’s various histories and how they ended up living in a cave. As one child observes sadly, ‘It’s dangerous to be different where everyone else is alike.’ The contemporary resonances are clear in the current demonisation of the ‘other’.

Desperate to provide a theory that explains the children’s mutations, Moltique’s ideas become increasingly outlandish. Agolasky, alone, knows the truth and observes in a diary entry: ‘A child born deformed arouses fear and shame … they are condemned to live in shadows, hidden from people’s eyes.’

Agolasky’s attempts to protect the children result in his own degradation. Moltique instructs his men to beat his assistant brutally for not keeping him informed; later his little finger is cut off as another punishment. The distinctions between animal and human behaviour are further blurred when Moltique descends into madness, padding around the camp on all fours. Agolasky’s diary entries reflect his own disordered mind as the remaining men grow restless, hoping to profit from the slaughter of the more human children and the capture of the worst afflicted.

Sammalkorpi’s deliberately disjointed text suggests the limits of knowledge while creating a vivid sense of Agolasky’s anxiety and confusion. In attempting to better understand man’s evolution, Moltique and his team are forced to confront the darker side of themselves.

CHILDREN OF THE CAVE

Translated into English by Emily Jeremiah and Fleur Jeremiah