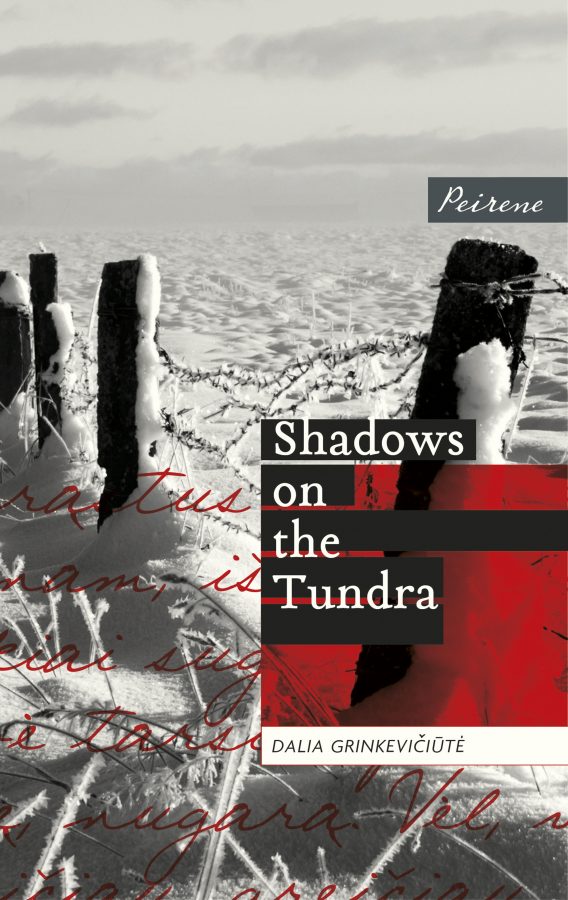 In June 1941, Stalin ordered the mass deportation of Lithuanian citizens to remote regions of the Soviet Union. Thousands died in the harsh labour camps, including many women and children. Dalia Grinkevičiūtė was fourteen years old when she was deported with her mother and brother Juozas. They ended up hauling timber in a fish-processing factory on the island of Trofimovsk. In February 1949, Dalia fled with her mother back to Lithuania, where they were forced into hiding.

Throughout these months of relative freedom, Dalia began drafting a memoir detailing the gruelling first year she had spent in exile. She buried her account in a preserving jar in their garden in the city of Kaunas.

Her mother died in May 1950, and Dalia was arrested by the KGB and sent back to Siberia. When she returned to Lithuania six years later, she was unable to find her memoir and later wrote another account that was reproduced and disseminated underground. It wasn’t until 1991, after her own death, that the preserving jar was discovered and the papers were sent to the war museum in Kaunas to be conserved and copied. Delija Valiukenas’s eloquent translation is based on this early memoir written between 1949 and 1950.

Shadows on the Tundra is a remarkable account of one girl’s survival against the odds, the appalling conditions she was forced to endure and the shocking inhumanity she witnessed. Shortly after their arrival, Dalia describes how ‘death, along with famine, typhus, lice, scurvy and frigid temperatures, had wormed its way into our ghastly barracks’. When the polar winter arrives they are trapped inside their wretched dwellings, and Dalia watches as the corpses pile up and are left to lie alongside the living.

Dalia is granted a few months at a rudimentary school but is often late as she has to work in the mornings in order to earn her meagre bread rations. Eventually the teacher tells her not to return. The deportees are treated like animals and Dalia poignantly describes them as ‘fleas in harness’ and ‘emaciated nags … straining at their impossible loads’. They have to haul logs up a hill, which she renames ‘Golgotha, our Calvary’. Despite the hardship, Dalia can still appreciate ‘the imposing backdrop of the softly booming Lena delta’ and ‘the milky period of twilight’. It is this resilience that ultimately saves her.

When spring returns, their conditions improve. Dalia and her mother are moved to Bobrovsk to gut fish. Despite the appalling stench, they can now eat their fill and sleep in yurts. Dalia captures rare moments of joy, such as when she finds ways to cheat their captors – stacking a pile of wood ‘with a hollow centre big enough to hold three people’ or fooling their gullible supervisor by resubmitting yesterday’s stacks.

Shadows on the Tundra is a devastating portrait of human cruelty. Dalia bears witness to the brutality of the labour camps but she also reveals an indomitable spirit that refuses to be crushed. Her searing tale is unexpectedly uplifting.

Shadows on the Tundra

Lucy Popescu has a particular interest in literary fiction in translation. She reviews books for various publications including the Financial Times, TLS and New Humanist. Her anthology, A Country to Call Home, focusing on the experiences of young refugees will be published in June 2018. Her other publications include A Country of Refuge, The Good Tourist and Another Sky. She is the chair of the Authors’ Club Best First Novel Award.