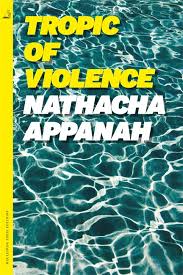 One of the pleasures of Nathacha Appanah’s nuanced novella is that it will leave you wanting to know more about Comoros, the Indian Ocean archipelago. In 1975, three of the islands declared independence, while Mayotte voted to remain part of France. In 2011 it became a French département with a Muslim majority. This brought various advantages, including membership of the EU, but also a surge in racial tensions.

Today, desperate migrants risk their lives by embarking on dilapidated fishing boats, hoping to reach Mayotte and the chance of a better life. France appears unable to address the resultant discord, gang violence and spiralling crime, or to protect the welfare of abandoned minors on the island. This is the precarious world Appanah explores in Tropic of Violence, superbly translated by Geoffrey Strachan.

Marie, a French nurse, falls in love with Chamsidine and moves with him to his native Mayotte. She yearns for a baby but fails to conceive. After she and Chamsidine split up, Marie adopts a baby boy. His mother, a young illegal immigrant, believes he is possessed by a djinn because he has differently coloured eyes, caused by heterochromia. She presses him into Marie’s arms: ‘You love him, you take him.’ Marie gets round the legalities, names him Moïse and brings him up as her own. And for a time, they are happy. But Moïse remains haunted by being abandoned by his birth mother.

Following Marie’s unexpected death, Moïse finds himself unwittingly drawn into the savage world of Gaza, a shanty town ruled over by destitute teenagers – foreign minors abandoned by the state and brutalised by lack of care, drugs and unemployment. Here Moïse has to outwit Bruce, ‘the king of bare-fisted fighting’, in order to survive.

Tropic of Violence is narrated from various perspectives and includes Marie’s voice from beyond the grave as she watches, with a growing sense of horror, her son’s descent into hell. One of the most sympathetic characters is Olivier, an island policeman, who is unflinching in his portrait of Gaza:

‘a ghetto, a dump, a bottomless pit, a favela, a vast encampment of illegal immigrants … a steaming rubbish tip that can be seen from a long way off … a violent no-man’s land where gangs of kids high on drugs make the law. Gaza is Cape Town, it’s Calcutta, it’s Rio. Gaza is Mayotte, Gaza is France.’

But Olivier, who has had to pick up children’s corpses on the beach, also recognizes that those attempting to land join a long list of people who for centuries have sought a safe haven: ‘slaves, volunteers, lepers, convicts, repatriated settlers, Jews, boat people, refugees, stowaways, illegal immigrants’.

Appanah creates a vivid sense of the dark side of a tropical tourist island and her novel bears witness to the years of intolerance that have led to the current unrest. Her ancestors came from India to work on the sugar plantations on Mauritius and migration, racism, isolation and shattered dreams are frequent themes in her work. She offers no easy answers to these concerns, but it is clear where her sympathies lie.

Translated from the French by Geoffrey Strachan