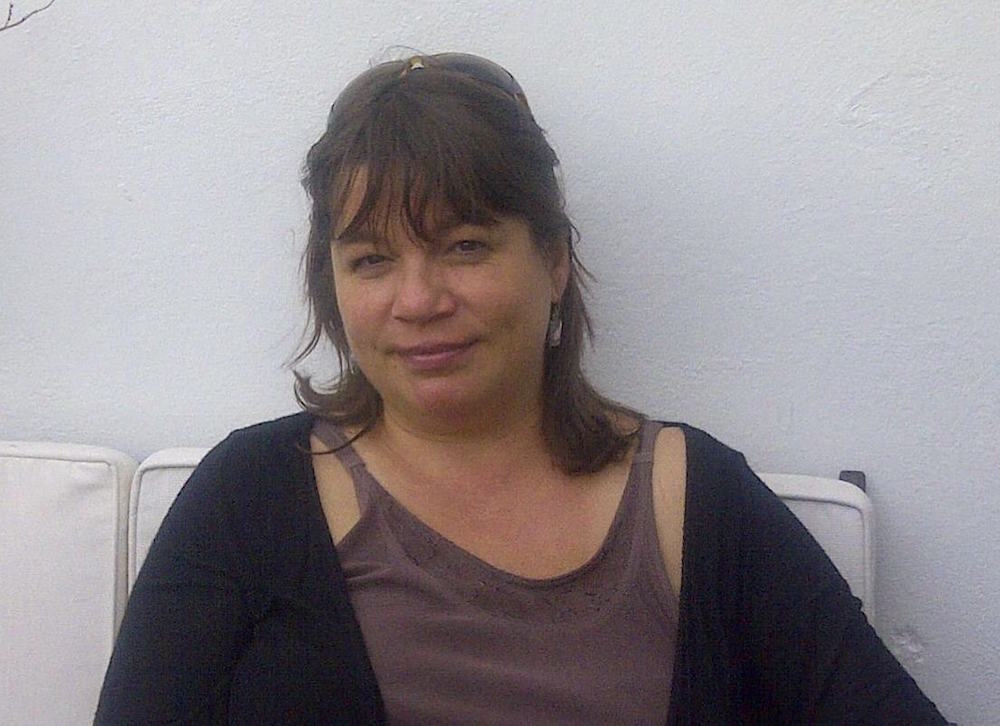 Our childhood memories do not always tally with real events. Often it is only years later that we realise the true significance of our earliest experiences. This is the premise of Marie Sizun’s brilliant novella (originally published in French in 2005), translated by Adriana Hunter, and available in English for the first time courtesy of Peirene Press.

Peirene publish European literature of distinction in English translation. Their books are beautifully designed paperbacks and are always fewer than 200 pages, “so you can read them in the same time it takes to watch a movie”. Founded by Meike Ziervogel in 2008, Peirene’s books are all award-winners or best-sellers in their countries of origin and have enjoyed success over here too. Almost all their titles have featured on Books of the Year lists or have been longlisted for the Independent Foreign Fiction Prize. Most recently, White Hunger by Aki Ollikainen, translated from the Finnish by Emily Jeremiah and Fleur Jeremiah, was longlisted for this year’s Man Booker International Prize. Every year, Ziervogel curates three novellas according to specific themes. Her Father’s Daughter is the second book in Peirene’s 2016 ‘Fairy Tale: End of Innocence’ series.

Set during the dying days of the Second World War, four-year-old France (a name “chosen, duty-bound by the war”) lives with her mother in Paris. Her father, whom she has never met, is incarcerated in a German prison camp. France’s carefree existence is thrown into disarray when her father returns, emaciated and irritable. Suddenly, she does not have the undivided attention of her adored mother, Li. Her father thinks she is spoilt and accuses Li of over- indulging their child. He tries to instil some discipline and flies into inexplicable rages when France refuses to eat, draws on the walls or belts out at the top of her lungs her “warlike songs”. He often metes out cruel punishments – slapping France or making her sit in the hall outside their apartment.

France is baffled by her parents’ volatile relationship – by turn loving and argumentative. Sizun perfectly captures France’s initial jealousy over their closeness, their whispered confidences and silent embraces, in beautifully controlled, simple prose: “The child can see she’s no longer the object of her mother’s adoration. The loved one is her father. He’s called ‘darling’ now, not her. He’s looked at, as she was before, with that tender, slightly anxious expression, not her. He’s admired. Not her. Not any more.”

France recalls a scene from the past, a trip to Normandy with Li and her grandmother, but resents the women’s assurance that she must have been dreaming. Distressed by the realisation that her beloved mother is lying she hardens her heart towards her. Increasingly, lonely she retreats under the table where she talks to her tattered doll: “commenting on her grievances, going over her resentments. She thinks about everything new in her mother’s behaviour, everything new about her disenchantment… mulls over things she keeps to herself: memories, old problems, unsolved questions. In her head she tries to establish the boundaries between dreams and reality, and explores, yet again, the dishonesty displayed by adults.” Gradually, France shifts her affections and attempts to win over her father. She decides to tell him what she witnessed in Normandy with devastating and unexpected consequences.

This is a terrific evocation of a young child’s early rejection of her mother and her attempts to connect with her father. France’s jealousy is superseded by bafflement, an “irrational hope” and inexplicable fury as she tries to make sense of the breakdown of her parents’ relationship and to understand their moments of “terrifying silence”. She tries to ignore Li’s tears, disdains her puffy face and is wary of her detachment. She no longer understands her actions: “The mother, still in her dressing gown, an old pink dressing gown that the child doesn’t like, drifts about the place, puts a few things away. The child notices that the apartment’s very untidy, with clothes on the furniture, the kitchen in a mess, full of dirty dishes.” She is alarmed by her mother’s face, “her pallor, her mess of hair…She doesn’t want her mother to touch her. To kiss her.” Finally, France has to decide which parent to side with.

What are our earliest memories of our fathers? France recalls her father’s distinctive smell of tobacco and eau de cologne, his large hands covered by freckles which, from a child’s perspective, resemble “giraffe’s skin”. She grows to adore him, like she once had her mother, but has to endure the painful childhood experience of “separation” from them both. She forgives her father his ill temper and resents her mother’s increasing neediness as he withdraws from her. Her Father’s Daughter is a poignant, psychologically complex and quietly devastating study of a child blossoming into awareness and her subsequent alienation from her parents.

A prize-winning French author based in Paris, Sizun has published seven novels and a memoir. Her Father’s Daughter was her remarkable debut, written at the age of sixty-five, and longlisted for the Prix Femina. It is flawlessly translated by Adriana Hunter, who has translated three previous titles for Peirene: Beside the Sea by Véronique Olmi, for which she won the 2011 Scott Moncrieff Prize, Under The Tripoli Sky by Kamal Ben Hameda, and Reader for Hire by Raymond Jean. Adriana Hunter has been short-listed twice for the Independent Foreign Fiction Prize.

Part of what makes Peirene so special is the work that Ziervogel and her small team put into marketing their books. Readers are encouraged to take out an annual book subscription and receive early copies of each book. Members of the Peirene team are often to be found at markets across London. They publish a free newspaper featuring reviews and interviews and critical essays on literature. It is sent to bookshops and libraries and is distributed outside London Underground stations. Peirene also host a wide range of literary events for subscribers from informal coffee mornings to launches and literary salons.

On Thursday 16th June Marie will be in conversation with Literary Friction hosts Carrie Plitt and Octavia Bright at Brick Lane’s Second Home, right opposite the amazingly trendy Libreria Bookshop, at 7pm. The event is free but you have to book here.

Lucy Popescu has a particular interest in literary fiction in translation and reviews books for various publications including The Independent, Independent on Sunday, The Financial Times, TLS, New Humanist and Huffington Post. She is on the 2016 judging panel for The Saif Ghobash Banipal Prize for Arabic Literary Translation. Lucy compiled and edited A Country of Refuge, an anthology of writing on asylum seekers by some of Britain and Ireland’s finest writers, published by Unbound in 2016.