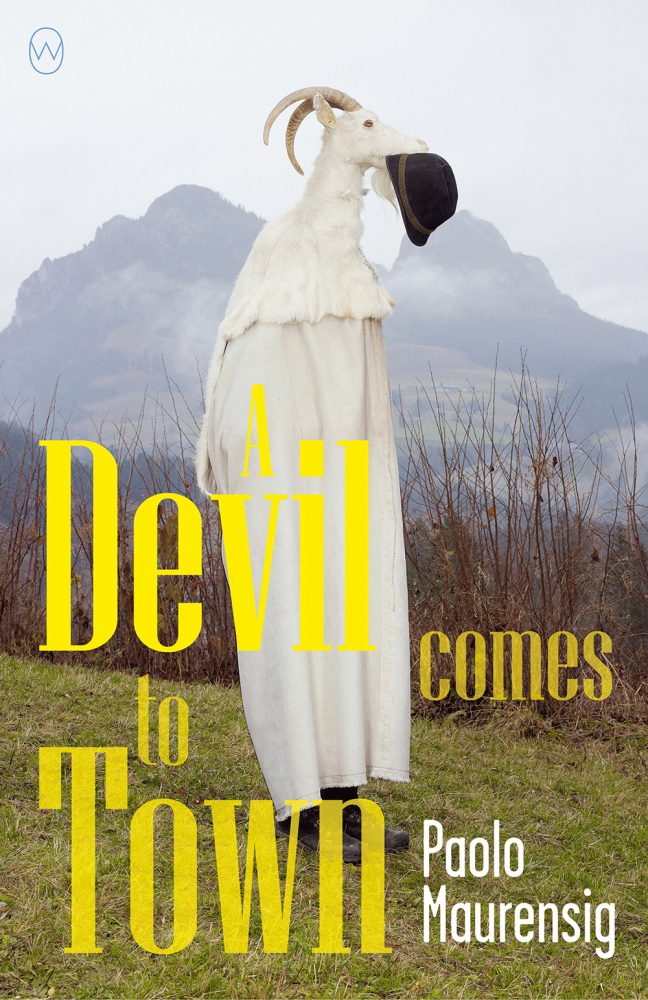 A Devil Comes to Town is an eerie tale of literary ambition and an exploration of the perils of narcissism and vanity. When an author receives an anonymous manuscript, he finds inside the story of the madness that once descended on a small, tightknit village in the Swiss mountains. Everyone in the village – which is given the name Dichtersruhe, or ‘poet’s repose’ – is an aspiring writer. When a top-class publisher arrives and announces his intention to publish a collection of their works, the villagers abandon their customary suspicion of strangers, selling their souls for the chance to have their moment of glory.

As the story unfolds and the village is overrun by rabid foxes and increasing violence between the rival writers, it becomes clear that the narrator – the young parish priest – may not be quite as reliable as he seems. The tension mounts, giving the novel the feel of a literary thriller, reminiscent in some ways of Samanta Schweblin’s Fever Dream, with Swiss scenery and nature playing a pivotal role in the story just as rural Argentina does in Schweblin’s haunting tale.

‘A black cloud continued to loom over Dichtersruhe, as black as the ink poured over hundreds and thousands of pages that no one would ever read.’

Maurensig’s playful tug of war between the affluent publisher and the seemingly untalented village writers is wittily told, with villagers queuing up in the local post office to send off their manuscripts and eagerly watching to see whose work has been rejected yet again. Throw a literary award into the mix, and the possibility of winning ten thousand francs sends the villagers into a frenzy, each one desperate to be crowned the victor. As the village descends into madness, reality and truth seem further away than ever.

A Devil Comes to Town, beautifully translated by Anne Milano Appel, is an unusual and captivating story that will intrigue and entertain readers alike, and reinforces Paolo Maurensig’s position as a remarkable literary talent.

A DEVIL COMES TO TOWN

Alyson Coombes is a freelance translator, editor and book blogger. Her co-translation Eichmann’s Executioner by Astrid Dehe and Achim Engstler was published in 2017 by The New Press. She works with New Books in German, 12 Swiss Books and other initiatives to help find and promote the best contemporary German-language fiction in the UK.