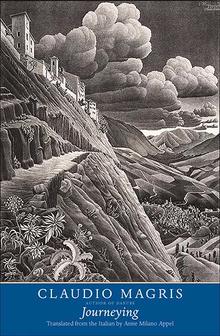 Travel writing is a curious form of nonfiction, of autofiction. Did the writer really have the encounters and conversations they claim to have had? Does it matter whether they did? What the genre does require is that the writer encounters something interesting, something more than the description you would get in a travel guide – there must be added value in viewing the world through this particular brain.

With Claudio Magris, however, you get encounters within the brain of a storyteller. Every site – every city, every landscape – is the location of a small history. A soldier who spent years in a Madrid library (did he read the books or simply hide?) during the Spanish Civil War. An old gentleman doffing his hat at a Velasquez. A musical automaton in Zagreb. Magris travels not so much through places as through cultures and languages, and mostly though books. In Norway, he tells us not only about Ibsen, but also about Bjørnstjerne Bjørnson, who helped create the myth of Norway – a place full of blonde women and silent forests. Places acquire meaning through the eyes of poets, and it is through their eyes that Magris’s gaze is mediated. Sometimes he stops at the poet and the place remains unobserved.

Being Claudio Magris, he travels eastward, away from the conventions of western European travel. But what he finds most interesting, I suspect, is his own city of Trieste. I cannot blame him; Trieste has a richness of history that would take many lifetimes to travel through. This partiality means there is a focus on stories that might not otherwise be heard in the Anglophone world: small languages in Istria; the microhistories of Dalmatia. But there is also a border-dweller’s attention to what happens away from the grand narratives of Europe.

The question of travel is explicitly discussed only in the preface, but there is an underlying thread throughout Magris’s encounters: what happens when we travel? What does this experience consist of, what does it bring us? He explores travelling not as a means to arrive somewhere but ‘for the sake of travelling, to arrive as late as possible, possibly never to arrive’. Travelling as a ‘quest for that self-sufficient life’, for ‘that ability to experience the moment, every moment’. Travelling as crossing borders without eradicating them, but rather enjoying them. For Magris, travelling is an opportunity to engage with the world more fully, through and with the eyes of poets, but also to interrogate the meanings of historical moments, such as the dissolution of Czechoslovakia (the long range of dates covered in the collection means that we get snapshots of just before and after) or the fall of the Berlin Wall.

It’s not a bad way to travel.