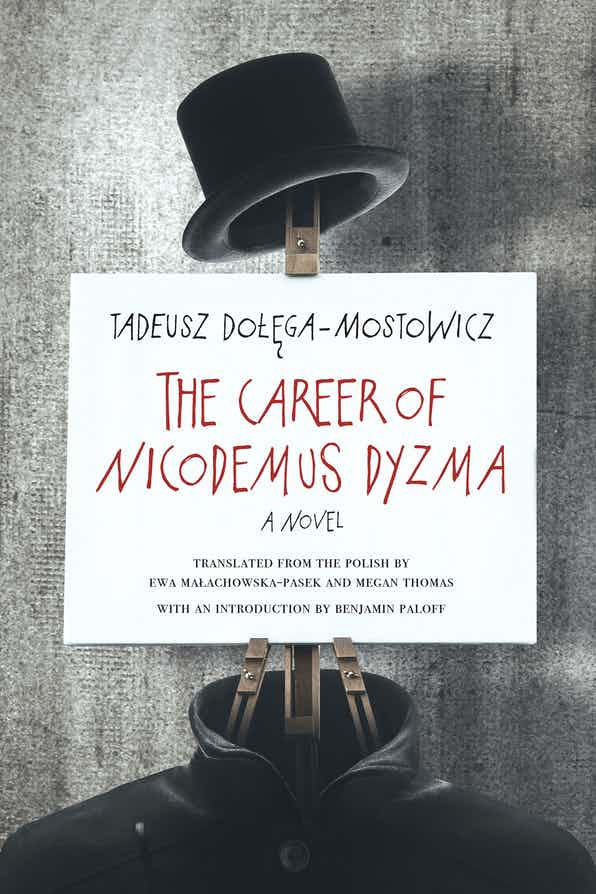 Many literary masterpieces published during Poland’s twenty years of independence between the world wars (1919–1939) remain untranslated into English and largely unknown to audiences outside a small group of academics. The precedence afforded to contemporary fiction marginalises the reception of older works, allowing them to sink deeper into the collective unconscious. This despite the fact that they frequently address universal and ever-relevant political and ethical issues, and can in themselves be gripping reads. The blurry yet arbitrary borderline between what is deemed by elite critics to be literary or popular fiction also contributes to this invisibility. The Career of Nicodemus Dyzma (1932), a satirical novel about contemporary politics written in a racy, piquant styleis a case in point; its author gets no mention in Czesław Miłosz’s History of Polish Literature, an influential reference work regarded for many years as the guide to what was important in Polish letters. The introduction of such works to anglophone readers depends therefore on the commitment of translators; and the current translators, winners of the Found in Translation Award 2021 for their work on this novel, perform their task with conviction and panache.

Tadeusz Dołęga-Mostowicz (1898–1939) rose to prominence in the 1920s as a political journalist critical of the Sanacja government of Józef Piłsudski. After a brutal attack on his life in 1927, he turned mainly to fiction. The Career of Nicodemus Dyzma, his second novel,was an instant success; and although followed by fifteen others, it has remained his most iconic. It describes the rise to the pinnacles of state power of an unscrupulous and manipulative provincial conman. His ascension commences by chance: he picks up an invitation to a government reception dropped by a messenger; and his success depends not on genuine knowledge of economics, finance, agriculture or public affairs, but on the corruption, rivalry, gullibility and willing blindness to his fraudulence of other key players. The events hint at an uncomfortably close collusion between government politicians, shady businessmen, the military, and surviving elements of the pre-1918 aristocracy. It was so convincing to contemporary readers that the name Dyzma became proverbial. But the resonance extends well beyond the Poland of 1932: in our age of misinformation, post-truth, fake news, the discrediting of expert knowledge and widespread conspiracy theories, it is not hard to recognise other Dyzmas.

Dyzma’s activities, however, have their dark, criminal side, which involves theft, blackmail and murder, and hinges on his fear of being found out. When he becomes president of a national bank, knowing his own limitations he employs an equally unprincipled factotum to deal with policy; but he also finds ways of eliminating inconvenient people who remember his past. Count Ponimirski, the former legal owner of a purloined landed estate, is designated by his ousters as mentally ill; disempowered, he nevertheless understands the immoral nature of Dyzma’s game. In the final scene, Ponimirski exposes the fraud, but the words of the ‘madman’ fall on deaf ears. The novel thus becomes a scathing satire not only on the Dyzmas of this world, but on the societies that empower them; and that make it a critique of us all.

THE CAREER OF NICODEMUS DYZMA

Translated by Ewa Małachowska-Pasek and Megan Thomas, with an introduction by Benjamin Paloff

Winner of the Found in Translation Award 2021