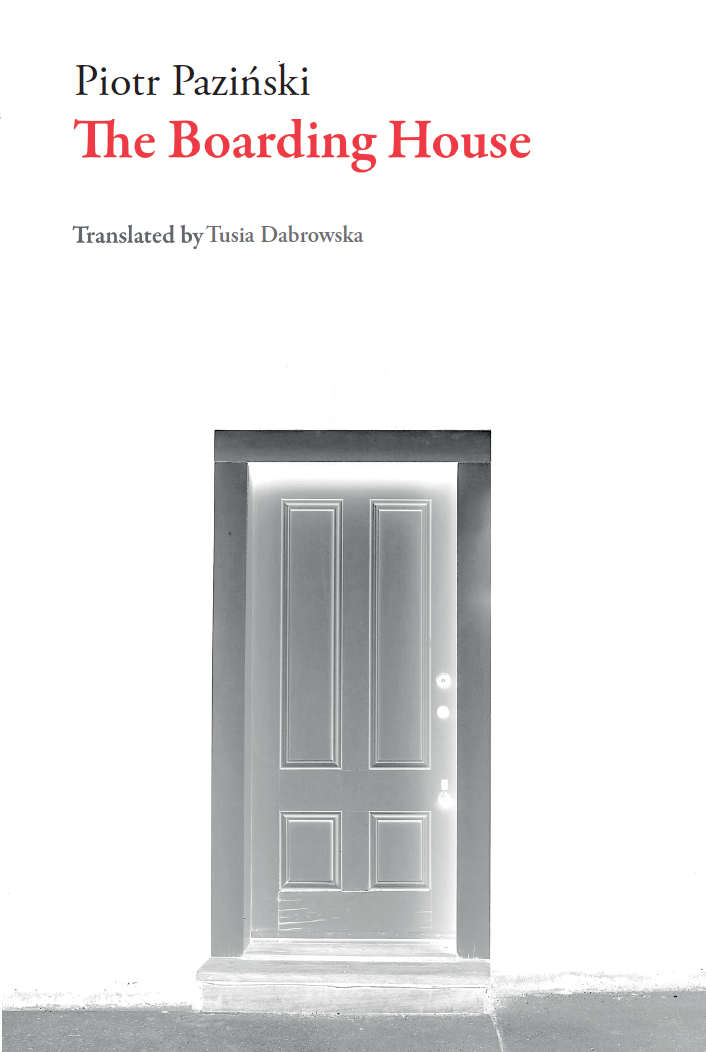 The Boarding House (published as ‘Pensjonat’in Poland in 2009) is the debut novel by Piotr Paziński – editor-in-chief of Midrasz, a monthly magazine devoted to Jewish culture in Poland, and a prize-winning literary translator from Hebrew into Polish.

The narrator of The Boarding House, which received the European Union Prize for Literature in 2012, is a young man writing in post-communist Poland. He takes a suburban train to the east of Warsaw to the ‘boarding house’ of the title, which once doubled as a sanatorium, and is where he spent his summers as a child with his Jewish grandmother. The other guests were, like his grandma, Holocaust survivors, people who had escaped extermination by spending the Occupation years in the Soviet Union. All old, they vividly remembered Jewish Warsaw in all its pre-war, mostly secular variety: Zionists and communists, bourgeois and proletarians, doctors and revolutionaries, all speaking Polish and/or Yiddish. The ghosts of these remembered people and their narratives, as told to the child, are interspersed with the present-day tale of the narrator’s return and his encounters with the few old residents who remain in the now-crumbling boarding-house, where they still disagree about God, the role of the Jews in history, and the pros and cons of assimilation.

The principal mood is one of melancholy, balanced by the residents’ self-deprecatory humour, often expressed in pithy aphorisms that embrace past and present: ‘Arguments are our specialty. Did we not argue in the desert?’ Time works on several, intertwined levels: the present-day narrative, the post-war summer vacations, the pre-war Polish/Jewish world, as well as the cosmic or mythic dimension of centuries of Jewish wandering, exile and longing for home. ‘Home’ for these people was, however, Poland, the sense of connection with the physical land being constantly reinforced by the novel’s poetics: the building and its shabby, outmoded interiors, the sandy soil, the pine forests, the blackberry and juniper bushes. The final phantasmagorical image of the old boarding-house inmates rising from the dead expands time and space in a manner reminiscent of interwar writer Bruno Schulz.

The novel falls into a category of literary prose known as ‘post-memory’, that is not direct memory of the experience as such, but the memory of former Jewish life in Warsaw before, during and immediately after the Nazi genocide, which has been handed down to a second or third (in Paziński’s case) generation of survivors. It attempts to rescue from oblivion lost lives – those of individuals and communities. It does this through the retrospective reconstruction of these lives – from traces left on the landscape and in material evidence, such as preserved objects, photographs, postcards or newspapers. Given that such memories could not be discussed in communist Poland (the antisemitic campaign against, and the exile after March 1968 of most of the surviving Jewish population, is alluded to), they were expressed directly only in the 1990s and 2000s. The novel’s publication fed therefore into the post-1989 public debate in Poland around Polish/Jewish relations, Holocaust memory and antisemitism. It makes a heartfelt plea for non-forgetting – the narrator himself speculates that if he, as one of the ‘last’, should fail to record it, the memory will be lost forever: ‘When I am gone, they – on paper prints – will become a bygone unknown crowd, a gathering of strange, blurry faces.’

The novel’s poetics make it a powerful experience for Polish-speaking and non-Polish-speaking readers alike; its availability in English makes it accessible also to descendants of survivors who rebuilt their post-war lives far removed from the home country.