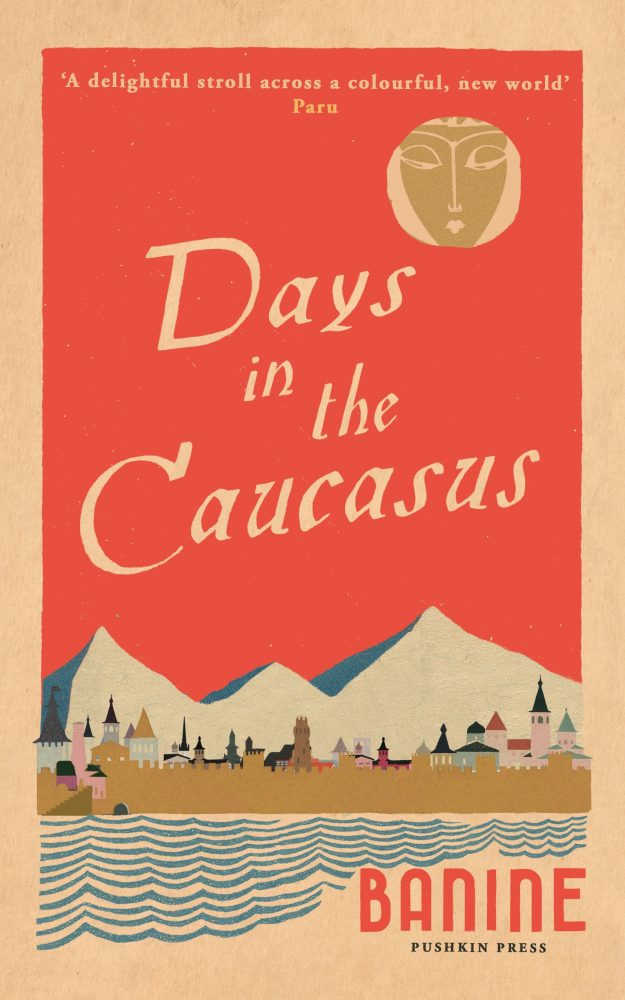 #RivetingReviews: Ursula Phillips reviews DAYS IN THE CAUCASUS by Banine

Ummulbanu Asadullayeva (1905–1992), writing in French under the penname of Banine, was the granddaughter of Azerbaijani oil barons – former peasants enriched by the discovery of oil on their ancestral lands. Her memoir, Days in the Caucasus,covering the first twenty years of her life until she left the region in 1924, was published in Paris in 1945 and then again in a slightly revised version in 1985, the current translation being done from this later edition. The work was well received – praised, for example, by Teffi, with whom Banine had become acquainted in Paris, as she had with many Russian émigré intellectuals and writers.

Days in the Caucasus records Banine’s years of plenty, spent in Baku or on her family’s sprawling estate by the coast (the Absheron peninsula). She recreates a vivid world where traditional Islam meets modern Europe in a heady synthesis of cultures. Money has enabled the oil-rich elite to purchase the material and cultural wares of the west, yet tradition is barely covered by this veneer, especially when it comes to the way fathers and pious Muslim grandmothers treat the youngest generation of women. They receive no religious induction, wear western clothes and no veil, yet are expected to marry at fourteen or fifteen the husband chosen by their father. Banine, her three older sisters and her cousin all rebel in their various ways. On the other hand, the women are extraordinarily frank – at least among themselves – about sex and female desire, something that seems precocious by western standards. After marriage – for which they must preserve their virginity – some even feel free to betray their husbands, having surmounted that particular hurdle.

Seen through the eyes of a child and teenager, the portrait of this remembered world is inevitably limited, as are the descriptions of the political upheavals that form the backdrop to her young life (the Bolshevik Revolution, the short-lived existence of the Azerbaijan Democratic Republic, the emergence of nationalisms across the Caucasus). Yet this is balanced by the author’s sardonic wit and the colourful characterization of her many quarrelsome and often violent relatives. Banine received no formal education yet read widely of her own accord in Russian and French, and was taught Bach and Mozart as well as German by her governess, a Baltic German whom she remembers with greater affection than most of her family.

Interestingly for a memoir written from the perspective of exile, it contains no ideological opposition or hint of nostalgia for the lost lifestyle, perhaps because the protagonist was so young when she left her homeland. When the Bolsheviks retake control and Azerbaijan is absorbed again into the Russian state, Banine is not unsympathetic to the egalitarian ideals and even teaches for a time at a newly established music conservatoire for Muslim women.

The most reflective and heart-wrenching episodes, powerfully conveyed in the translated prose, are those that affect her personally: her voluntary rejection of her suitor – a young commissar who reminds her of Andrey Bolkonsky from Tolstoy’s War and Peace – because she lacks the moral resilience to oppose her father; or her solitary visit, before her final departure, to the family’s crumbling summer residence, where she longingly bids farewell to favourite trees and ponds yet fatalistically accepts that everything must pass.

Travelling on the Orient Express to Paris to join other family members who have already ‘escaped’, in Constantinople she manages to abandon her hated husband, who doesn’t have the necessary visas. It is Banine’s escape from him, and not from Bolshevism that appears to be her chief liberation.

DAYS IN THE CAUCASUS

Translated from the French by Anne Thompson-Ahmadova.