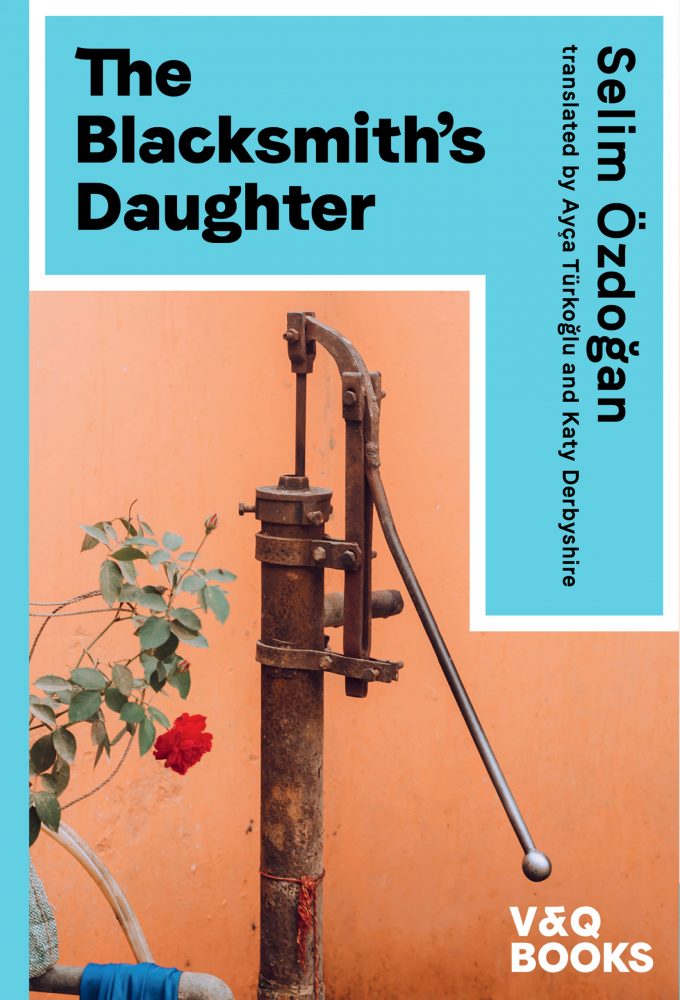 When a renowned translator (Katy Derbyshire) starts an imprint (V&Q Books) to bring a favourite novel to Anglophone readers, there’s an inkling that said novel might just be something special. ‘Reading it was like falling in love,’ blurbs Fatih Akin on the front French flap. She’s not wrong.

This is the story of Gül – the blacksmith’s eldest daughter – from her childhood in rural Anatolia, to marriage and motherhood in her teens, to migration to Germany sometime in the 1960s. Gül, though, is not the only focus. Each member of her family – her father Timur, his two wives, Gül’s two sisters, plus a host of subsidiary characters – are brought to life individually and affectionately by Özdoğan’s pen. Timur refers to his daughter as the light of his eyes, and you could say that’s how the author views his creations. You can see it in his even-handedness. Everyone – even those it is easy to dislike – has a redeeming characteristic. So what if Arzu sometimes treats her mild, submissive stepdaughter as a housemaid and cares far too much about what others think? At nineteen she agreed to marry the blacksmith, taking on three young daughters by his most beloved and always preferred first wife. We must remember that, even if Gül does not.

Keeping politics to the margins, The Blacksmith’s Daughter shows a rural society, not without its charms, but offering limited possibilities to both women and men. Though these are changing times. I see this symbolised in the story of the bedstead forged by Timur for his own wedding night. Thereafter, it was loaned time and again to other newly-weds (including Gül) to make their honeymoon period special. It collapses after some twenty years as if in recognition that younger generations will not settle for the modest expectations and traditional roles accepted by their elders. Thus Gül’s younger sisters insist on an education that will enable them to earn their own money, and Gül’s husband itches for the material wealth that Germany can provide to build a house of bricks and mortar. The catalyst for these changing attitudes? Films; American films!

Selim Özdoğan was born in 1971 in Cologne to a Turkish immigrant family, so the novel contains not his own experiences, but family anecdotes. Ayça Türkoğlu, who co-translated the book with Katy Derbyshire, has said it portrays a recognisable Turkish experience. When writing in the early 2000s, Özdoğan was determined not to create a novel describing the experience of the Turkish Gastarbeiter (guest worker). The novel ends, therefore, when Gül moves to Germany, though it contains many flash-forwards that complete the family’s story. This makes The Blacksmith’s Daughter work as a stand-alone, particularly for those who want to know how things turn out for the characters they love (Timur in my case). Yet in 2008 Özdoğan decided he had more to say. So now we have the joy – the absolute joy – of knowing that there are another two books to come. I think that’s a fair assumption, given that V&Q Books are marketing The Blacksmith’s Daughter as part one of the Anatolian Blues Trilogy.