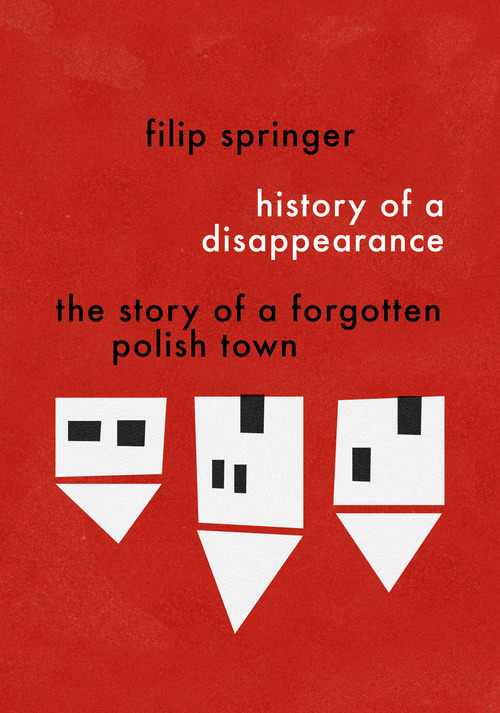 #RivetingReviews: Ursula Phillips reviews HISTORY OF A DISAPPEARANCE: THE STORY OF A FORGOTTEN POLISH TOWN by Filip Springer

The  desire to uncover the truth about why Miedzianka, a provincial mountain-top town in Lower Silesia with a history stretching back 700 years, literally vanished from the face of the earth between the 1960s and 1980s, turns a journalistic search for documentary evidence into an existential quest of epic proportions.

Was the town simply swallowed by the mountain beneath it, the victim of extra-ordinary geology, or was it deliberately demolished by politicians with dark secrets to hide? Written in the popular Polish reportage genre, rather than as literary fiction, the book nevertheless possesses many features of a thriller: mystery, tension, suspense, horror – all of which are admirably conveyed by the English translation.

History of a Disappearance is a tale of traumatic loss for the people who once lived in Miedzianka. Before 1945 it had been a German town: Kupferberg im Riesengebirge. Springer charts its history as copper-mining and brewing centre, then health-tourist resort. Contested in earlier centuries by warring religious factions, by Prussians, Austrians and Swedes, it is conscious of the beast slumbering within it. The recurring motif of the wayside cross bearing the word “Memento” threatens the worst is yet to come. However, the text is not just a chronological record of events based on evidence gleaned from archives or local newspapers, but a reconstruction of personal perspectives based on the memories of surviving former inhabitants. It is important to realise, of course, that it was the Polish incarnation of the town that was destroyed, the Polish-speaking population having been resettled there from Poland’s prewar eastern borderlands when the state borders shifted west.

Among the mountain’s rich mineral deposits the Red Army occupiers discover uranium. Wantonly excavated without regard for the impact of excessive mine working on the mountain itself, or for the Polish mineworkers, who suffer incalculable damage to their health and are even shot if suspected of betraying the secret, their bones left unburied in the pit, the uranium is silently transported to the Soviet Union. For a short while, the town enjoys a modicum of prosperity, including a revival of its prewar brewing industry. When operations can no longer be kept secret, however, and become known to Western spies, when buildings start to groan and sing, or vanish into sinkholes, when workers’ compensation claims begin to mount, someone decides to evacuate the population and liquidate Miedzianka. Yet who precisely made that decision remains a bone of contention among the Polish survivors. Was it all down to the evil machinations of the imported pro-Moscow mayoress – the so-called Vampire of the Giant Mountains?

The 1945 expulsion of the German population is a parallel tragedy: the mass suicides; the loss of home and beloved landmarks; the sorrowful return of old men in the 1990s in search of traces. The book’s most significant achievement is therefore its restoration of individuals – not normally the focus of writers of history or ideologues of change. A town forgotten by the end of the 20th century has been resurrected. “Erinner die Leute von Kupferberg” says a plaque nailed to an old tree.

History of a Disappearance: The Story of a Forgotten Polish Town

Ursula Phillips is a literary historian and translator from Polish. Her translation of Zofia Nałkowska’s novel Choucas (1927) won the Found in Translation Award 2015.