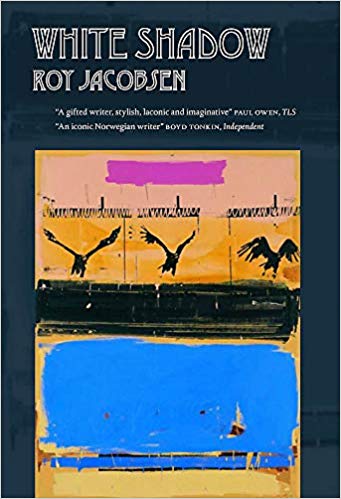 Roy Jacobsen’s The Unseen must be the best novel not to have won the Man Booker International Prize. I was therefore delighted to hear there was to be a follow-up (number two of a trilogy), and couldn’t wait to return to the island of Barrøy to discover how the Barrøys – the island and family share a name – were getting on.

Some years have passed since the events in The Unseen. The first generation of Barrøys are dead, and the second generation has been scattered by circumstance. With Norway under German occupation, Ingrid Barrøy decides it is time to return home. The first section of the novel is devoted to this homecoming, demonstrating how capable she is as she rows herself across the straits to her island, lays nets single-handed to catch fish with which to feed herself and earn some money, repairs the house and generally puts things in order. It’s hard, challenging work (and quite astonishing to a town-dweller like myself). Ingrid is busy, but lonely. She promises herself a cat.

The cat never arrives; the Second World War does. Following the sinking of a ship, Ingrid finds a number of bodies awash on the shore, and a single survivor, whom she nurses back to health. Although he is a number of years younger than herself and cannot speak Norwegian or German, they become lovers. Instead of turning him in, however, she helps him to escape. She thinks that destroying the vessel that brought him ashore will be sufficient to avoid discovery. The acts of harbouring a Russian POW and sinking the boat, which submerges ‘like a white shadow’, are to throw all kinds of shadows over her life. Because, of course, when Ingrid finally reports her discovery of the dead (as she must), the authorities become suspicious.

What happens next is not so clear. After a brutal assault, Ingrid wakes to find herself in hospital back on the mainland. Her recovery is not straightforward, and neither are the answers to the questions about who beat her and what happened during the three days before she was found. Ingrid doesn’t remember and recovers her memory only in snatches. These flashbacks are sudden, jolting into the text at unexpected moments. They are as disconcerting for the reader as they are for Ingrid – in fact the first one is so unsignalled, I was sure there was a binding error in my copy. Even though I understand that Jacobsen is trying to mimic the obscurity and – yes – shadowiness of the events in question, I thought it a strange stylistic choice in an otherwise clear-sighted third-person omniscient narrative. Nor am I convinced it’s entirely successful.

Following her stay in hospital, Ingrid makes an odyssey that leads her back to Barrøy. She needs to learn that self-reliance is not the key to survival. She travels in a refugee craft along with others, mainly from the north of the country. It is during this section that the brutality and the cost of the war on Norwegian civilians becomes clear. Ingrid’s generosity to others more needy than herself is apparent as she offers practical help on the voyage, yet she doesn’t open the island of Barrøy to refugees willingly as she’s worried about its scant resources. Ever practical, she ensures she is allocated able hands to help her with the toil. There are further setbacks, but, as the war ends, and members of her family, including her brother Lars, return to Barrøy, there is hope. A man is in charge of the household once more. A third generation has been born. Normality can be resumed and the island community re-established … can’t it?

The question is left hanging as a storm approaches on the final page. Is this a literary harbinger of doom, or simply a sign that normal seasonal cycles have resumed?

Translated from Norwegian by Don Bartlett and Don Shaw