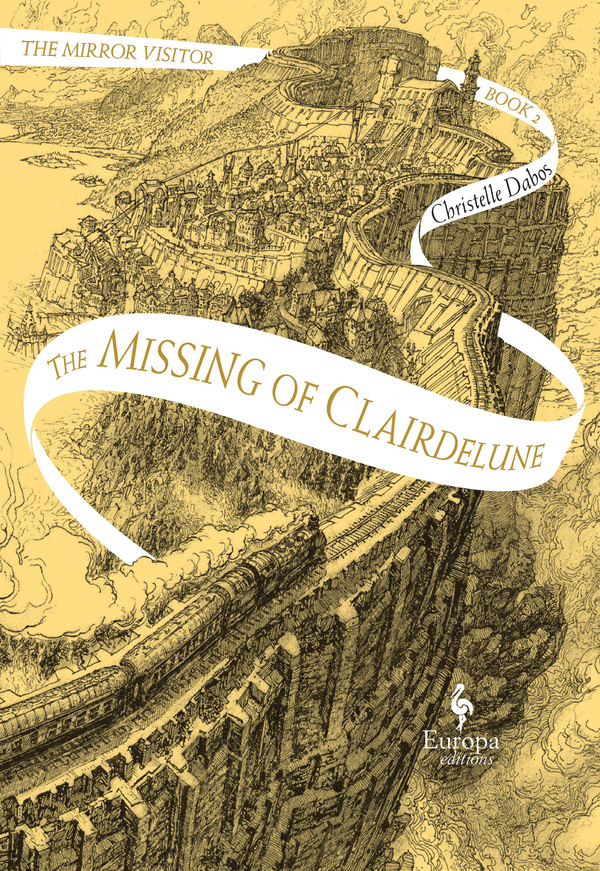 ‘She went from being irritated, to exhausted, excited, worried, tired, annoyed, moved, disillusioned, impatient, distracted, tormented, concerned, offended, demoralised, and weary, with not a single one of those feelings being her own.’

Ah, the joy of an immersive reading experience; or should that be the pain that comes with the uncovering of dark secrets? Orphelia, Dabos’s heroine in the epic Mirror Visitor Quartet, hopes for this when she reads an object. Hers is a gift, but also a curse. Her gift has led to an arranged betrothal and her being shipped to the distant ark of the Pole.

Indeed, it takes some getting used to, and I strongly advise starting with the truly marvellous A Winter’s Promise, Part One of the Mirror Visitor Quartet, before settling into Part Two. Then you will understand the ulterior motives of those involved and the antipathy that exists between Orphelia and her fiancé, Thorn. Also Orphelia’s struggle to assert herself against … well, almost everything and everybody. But most definitely against Thorn, the control-freak.

Book Two, while written mostly from Orphelia’s viewpoint, does, however, show that Thorn is not entirely irredeemable. A bastard son of the Dragon Clan, he has risen to be Treasurer of Citaceleste, but, wishing to make his position unassailable, he will inherit Orphelia’s power of reading objects on their marriage. Then he will read the Book of Farouk. (Farouk being the immortal spirit of the Pole, who knows there is something missing from his book, but knows not what it is.) Thorn’s enemies from rival clans believe he has risen above his station, and do not want this. Cue intrigue, with Orphelia at the sharp end. The marriage must be avoided at all costs.

Weight is added to the threatening letters that Orphelia receives when other important personages disappear from the supposedly most secure area of Citaceleste – Clairdelune. Instead of turning to Thorn and accepting his protection, Orphelia decides she will solve the mystery on her own, exposing herself once more to a cruel world in which nothing is as it seems; a world which delights in smoke and mirrors and mirages, a world in which everyone has a special power and brutal punishments are meted out when those powers are abused.

The Missing of Clairdelune is an unrelenting plot-driven fantasy, but, for all the animists, dragons, immortals, invisibles, nihilists, and valkyries, the key question is whether the two ill-suited fiancés can establish the basis for an ongoing relationship. The pretty harsh depiction of Thorn in Book One becomes increasingly ambiguous in this second volume. We, as readers, evaluate him through Orphelia’s eyes, and it takes quite a while to see the true treasure of the man. (Or should that be dragon?)

The final twist, even though it should be expected, as there are two more volumes of the quartet to follow, is both surprising and welcome. The marriage and the transfer of powers between spouses proceeds not as foreseen, but it does allow Thorn, judged of abusing his dragon’s claws and facing imminent mutilation, to survive into the third volume. As for bookish, bruised, battered, and bedraggled Orphelia (thank goodness for her comfort scarf) I am all expectant. How is she going to handle her newly acquired dragon’s claws?

Translated from French by Hildegarde Serle