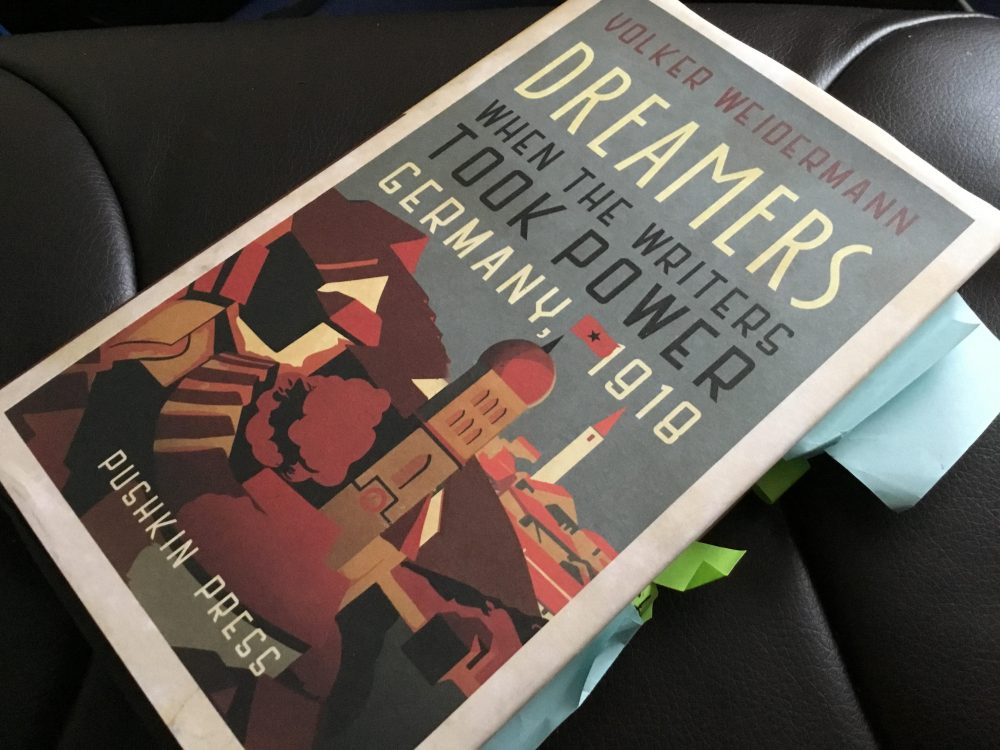 Am I reading a fairy tale? No, this is Munich, November 1918. In the political chaos following the German defeat in WWI, a long-haired theatre critic finds himself in the right place, at the right time, makes a motivating speech or two and is installed as prime minister of Bavaria. (It really did seem to be as easy as that.) His name was Kurt Eisner. A Berlin Jew, he had recently been released from prison having served a sentence for treason (as incitement to strike was then treated), and now he was in charge of the southern Catholic state of Bavaria. Truth really can be stranger than fiction.

But, the moment the dream becomes reality is the moment the nightmare begins, particularly for an idealist. Eisner wanted the various political factions to reach consensus for the good of the Bavarian people. His was a revolution without bloodshed. Of course, the Communists wanted nothing to do with it. Karl Liebknecht made it clear that ‘socialism could only be introduced if everything else was first torn down’.

From the off, Eisner is beset from the left and right. He has no natural allies: the Bavarians don’t take to him because he’s a Prussian Jew – and he can expect no backup from the Prussians because of his status as an ex-convict. He is manoeuvered into calling an early and disastrous election. His party receives only 2% of the vote. The end is in sight, but arrives even earlier, with his assassination on 21 February 1919.

The next astounding move? Bavaria becomes a soviet republic with the young writer and playwright Ernst Toller at its helm. By now chaos is widespread, and the Communists finally decide their time has come. After six days they remove Toller from power. But their time is short-lived, too. Defeat by right-wing ‘Whites’, who are encircling Munich, is imminent. At this point the blood-letting begins.

Wilhelmine Munich was the cultural hub of Germany, with many of Germany’s greatest writers settling there – Thomas Mann and family, Rainer Maria Rilke, Oscar Maria Graf among them. Not all were initially in favour of these developments. For Thomas Mann, in the light of his recently published, Reflections of a Non-Political Man, these were worrying times. Weidermann dives into the diaries and personal papers of these literary greats to show the Menschen behind the public works, their reactions to and their fears about these tumultuous times. He shows how political history becomes literary history with Thomas Mann finding the inspiration to finish The Magic Mountain, and young Klaus Mann writing his first works in admiration of these left-wing political ingénues. In the private papers of Ricarda Huch, Weidermann uncovers an unexpected parallel to our own time:

‘A particularly obnoxious feature of our time and a clear sign of our civilisation’s degeneration, it seems to me, is that nothing can happen without it at once being photographed and cinematographed. It is the most extreme level of self-display: mankind lives in front of the mirror. Perhaps eventually even murderers and burglars will not be able to resist having their crimes cinematographed, and so eventually crime will die out through the sheer awareness of it.’ (We can only hope.)

The fundamentally decent Toller survived, although many of his political allies met brutal ends. He regretted taking power without considering the consequences.

And the lesson hard experience taught him? – Realpolitik will always triumph.

‘Anyone who wants to fight today on a political level bringing together economic and human interests, must know that the law and consequences of his struggle will be determined by forces other than his own good intentions; that some form of defence and counter-defence will often be forced upon him, and he will experience these as a tragedy that may, in the most profound sense of the word, bleed him dry.’

Translated from German by Ruth Martin