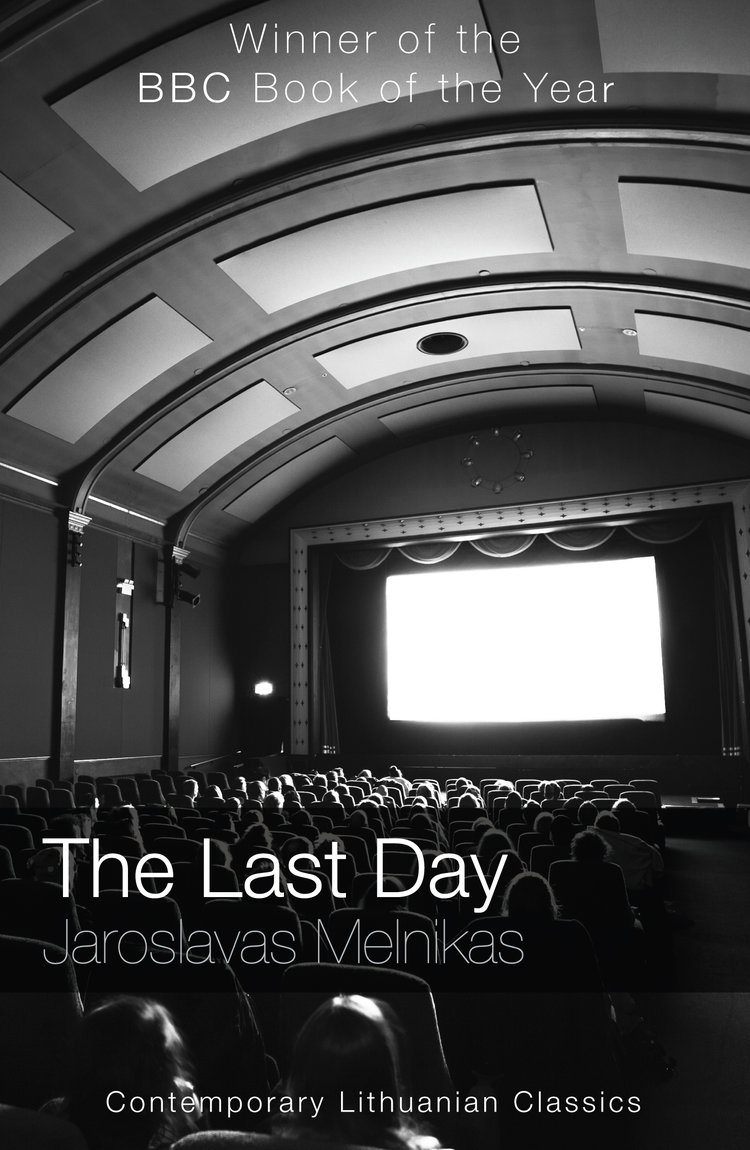 The Last Day is essentially a set of thought experiments, in which an individual is pitted against the strictures of society, human existence and even human biology. In the title story, a ‘madman’ starts printing an eight-million-volume work containing ‘the dates of the deaths of everybody on the planet’; the reverberations of this existential blow are then described from the point of view of one man.

In ‘The Grand Piano Room’ another man finds the rooms of his extensive and luxurious apartment gradually disappearing, his family crammed into an ever-tighter space.

Another man, in ‘A.A.A.’, receives letters, possibly from God, offering him a series of unpalatable choices – a kind of contemporary Book of Job.

While the inventiveness of these experiments is mentally stimulating and Melnikas’s explorations controlled and cleverly specific – the real brilliance of these stories can be found in the humanity displayed. The familiar exchanges between the characters dissolve the absurdity of the situations in which they find themselves – as when the protagonist of ‘The Last Day’ bickers with his wife over checking their death dates: ‘Get some bread while you’re out’ she tells him.

This exchange, however, also demonstrates a constraint the collection labours under. We only know the views of the protagonist’s wife through the prism of his thoughts about her; she exists only in relationship to him. This is, of course, understandable, as the story is told from his perspective. However, the overall sense I took from The Last Day is that these otherwise human, humane, and perspicacious philosophical exercises examine the experience not of being any individual in society, but of being a man. And a particular man at that – early middle-aged, with a wife and children.

Perhaps this is the reason for the success of these pieces: perhaps Melnikas is writing from his own personal experience, and this is why subject matter that in another writer’s hands might seem artificial, is in his personal, immediate and authentic.

Yet this fixed perspective limits this collection, preventing it from expressing and exploring any kind of true universality. Even in the one story (‘The End’) told ostensibly from the point of view of a woman – a woman whose aging process reverses – we see her with a male gaze. In a description of the way she is growing younger, we are told:

‘Her rounded hips had begun to sway all by themselves beneath her skirt, like two little watermelons side by side … the place where the watermelons swayed attracted the eye … the men looked at her instinctively. Nikodimova felt sullied (though her heart would start beating wildly).’

While we are supposed to be seeing Nikodimova’s experience from her own point of view, it seems we’re on the outside looking in, attributing that last thought to her rather than believing it is really her own. It’s no surprise that ‘The End’ is the only story in the collection not written in the first person.

Throughout the collection further evidence of this restricted point of view can be found: women are present only in relation to the male protagonist, and are often assigned stereotypical roles: while the man in ‘The Grand Piano Room’ has rooms for his piano, his painting and his woodwork, his wife has only ‘a dressing room with mirrors and cosmetics’.

Read The Last Day, then, for the élan with which Melnikas creates and explores the puzzles he sets; do not, however, expect this collection to speak to the experiences of more than a narrow group of readers.

Translated from Lithuanian by Marija Marcinkute