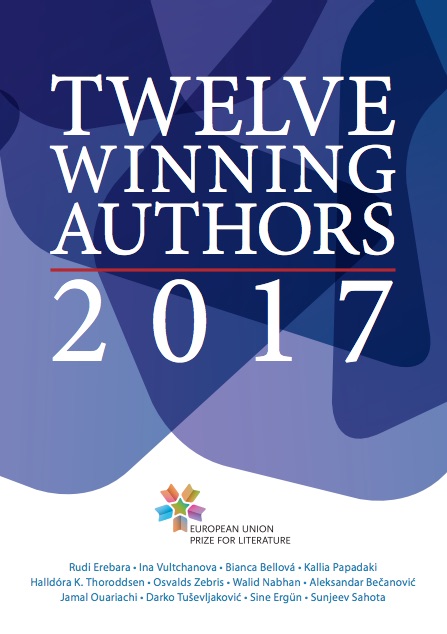 As I work my way through an anthology – any anthology really – I almost always find myself struck less by the individual stories I’m reading and more by the overall picture that is painted; the set of concerns to which each writer contributes. While Twelve Winning Authors 2017 is no exception to this rule, what I find even more striking about this particular collection is how the pieces selected reveal (unwittingly or intentionally) both the issues prominent in each author’s country as well as those with which Europe as a whole is currently wrangling. Let me explain.

The Icelandic contribution, from Halldóra K. Thoroddsen, represents the specifically Nordic, and generally pan-European, issue of ageing populations. The contributions from the UK by Sunjeev Sahota and from the Netherlands by Jamal Ouariachi examine questions around immigrant populations and international development. The Maltese contribution, by Walid Nabhan, focuses on the Palestinian issue playing out over decades right on Europe’s doorstep; while the Serbian selection from Darko Tuševljakovič sees an ex-soldier still haunted by the Balkan war, as both Serbia and Europe still are today.

Even when this rule is broken, it seems it is still being adhered to. What contemporary concerns are explored in Montenegran Aleksandar Bečanović’s historical novel about the Arcueil affair, in which the Marquis de Sade was embroiled? The few short pages of the extract reveal a focus on theatricality and fiction, and on what modern Europeans would term ‘media events’, in which there are ‘neither lies nor truth’ and ‘nothing is prescribed’.

All this said, however, the one piece from the anthology that has stayed with me is the one whose theme is the most universal – beyond Europe, and beyond Turkey, the country of its author. ‘The Long Journey’ by Sine Ergün is a simple allegory about relationships. Two people, thrown together by chance, walk a long road together across a variety of landscapes – a path ‘narrow enough for them to touch one another … an option they strongly rejected’. There is tenderness, resentment, resignation and love in this miniature story; and its characters are faceless, nameless, ageless, and most importantly, not tied to any one place.

In a collection like this, where the selection is necessarily tied up with national identity and representation, it is significant that the piece that stands out for me– head and shoulders above the others – is the one that eschews any geographical or national label.