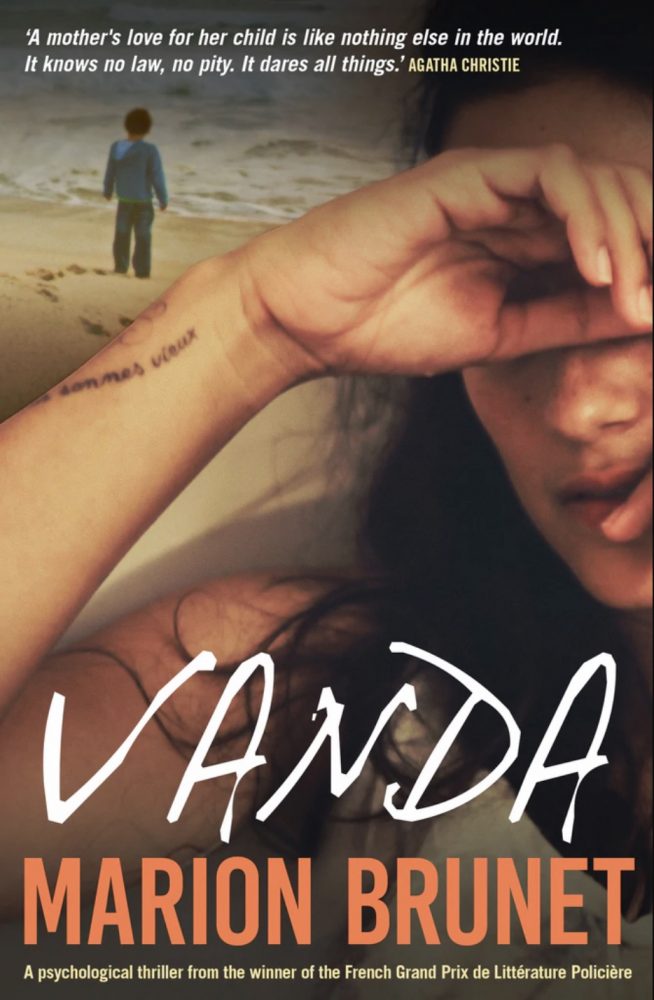 This is the second of Marion Brunet’s novels to be brilliantly translated into English by Katherine Gregor, and it’s every bit as compelling a story as its predecessor Summer of Reckoning. The eponymous Vanda is a beautiful, dark-skinned, tattooed thirty-something, whose own ‘reckoning’ comes in winter – a season that, even in the Mediterranean, can be unpleasantly cold. She studied art but that career never took off, and she now works as a cleaner in a psychiatric hospital. The patients; her casual drinking companions in local bars; the sea – these are the contours of her world. But, above all, everything revolves around her son, six-year-old Noé:

‘“My baby, my Limpet” … All she cares about is Noé’s focused little face … her world.’

The pair live in an abandoned shed on the beach, somehow insulated from the ‘other world’ outside. But that other world suddenly intrudes disquietingly into theirs when Simon, Vanda’s ex, reappears after a gap of seven years.

His mother has died and he’s come to clear out her home and organise the funeral. Since Vanda dumped him, his world has changed as much as hers: he now has a successful career, a beautiful, successful girlfriend, Chloé, and a comfortable life in Paris. But this idyllic set-up is turned upside down when he discovers that Noé is his son. His life is suddenly thrown into chaos – not least because Chloé wants nothing to do with children. As they walk back from the funeral, we find him ‘thinking about the child and that takes up all the space in his head…he hasn’t told anyone about the child, he doesn’t exist. He’s not in the flesh.’ But of course, in reality, Noé is his own flesh, and what he’d hoped would be just a casual, let’s-have-a-drink-and-a-chat meeting with Vanda has turned into a nightmare. Vanda, meanwhile, has her own nightmare, in which a monster devours Noé before her very eyes. Simon’s arrival, she knows, threatens her world:

‘She doesn’t know exactly what he’s bringing but she senses danger … something’s about to shift and she’s not sure her house-of-cards equilibrium can withstand the gusts.’

Vanda is about a clash of cultures, lifestyles, domestic politics and relationships, which, however firm they appear on the surface, turn out to be built on shifting sands. Marion Brunet’s skill lies in demonstrating how ‘the world outside’ can undermine even the most self-confident of us; how, so often, that self-confidence is no more than a shell, an artifice, constructed to cover up regret, family dysfunction, and unacknowledged failure. Vanda and Simon both have skeletons in their little closets – skeletons that, once released, threaten their very different conceptions of security and the predictability of their lives. The determination of both to protect their respective identities, their polarised presents, and their futures sets in train a tragedy on an epic scale. And yet, as Brunet writes it, we are lulled, cradled along in an uneasy calm, until their relationship climaxes with the violence of a thunderclap.

Translated from the French by Katherine Gregor