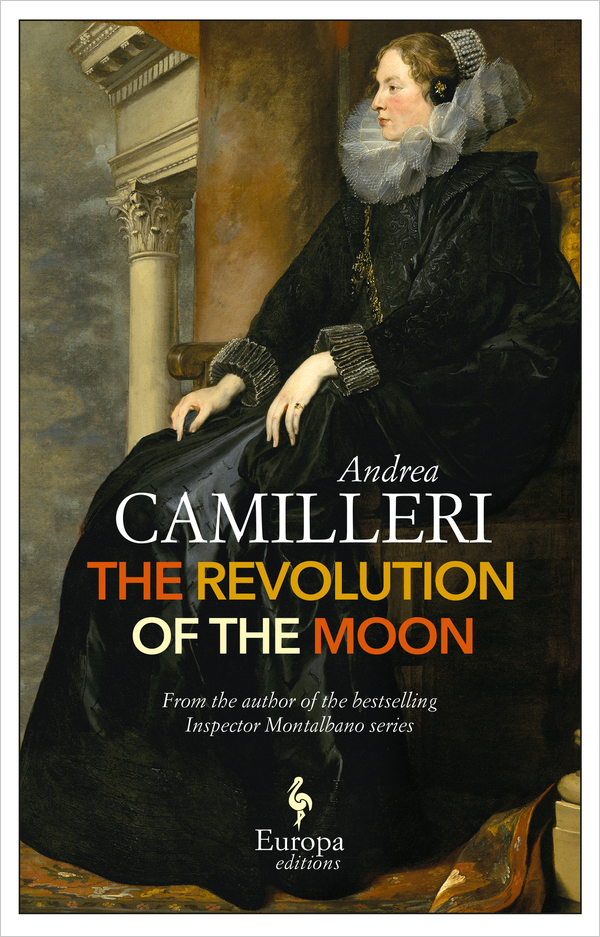 #RivetingReviews: Max Easterman reviews THE REVOLUTION OF THE MOON by Andrea Camilleri

This is one of the most delightful books I’ve read for some time. It’s usual to refer to such things as ‘un-putdownable’, but the great pleasure of The Revolution of the Moon is to put it aside every now and then, to sit back to savour the twists and turns of both the plot and the language, the passion and excitement of the writing. Andrea Camilleri is the author of the Inspector Montalbano mysteries set in Sicily, with all that implies: corruption, graft, exploitation, murder and the Cosa Nostra; this novel is historical and takes place in 17th-century Sicily, a world of, yes, corruption, graft, exploitation and murder, though back then the mafiosi were the Nobility and the Church rather than the Cosa. And this story is based on actual fact.

In those days, Sicily was a Spanish fiefdom, ruled over by the Viceroy of King Carlos III through the Holy Royal Council. ‘Holy’ because, by a quirk of history, the Viceroy is also the Papal Legate, and thereby hangs this tale!

On September 3rd, 1677, viceroy don Angel de Guzmàn is about to open the council session, whose deliberations decide the fate of everything and everyone it deals with. Guzmàn is young, hardly 30, but prey to a medical disorder that has made him so fat that his vice-regal throne requires a special frame to support him:

Moving was not easy for him… [his manservant] bent down… grasped don Angel’s left foot, raised it with effort, pushed it forward and set it back down… Finally, at ten o’clock sharp, the viceroy’s four hundred pounds collapsed with a crash onto the thronelet… the rumour was that the illness had caused every part of his body to swell to elephantine proportions except… that part that distinguishes a man from a woman and which…had become impossible to locate, more difficult than a needle in a haystack.

The council members are, as we quickly learn, not just rumour-mongers but a motley assortment of religious, noble and judicial bigwigs, each with his own very personal and venal agenda. That day, their discussions proceed according to plan until they suddenly realise that the viceroy has left them, literally: he has died on his thronelet. They waste no time in ‘taking care’ of their own, their families’ and their friends’ affairs.

This was a situation from which they could all profit immensely. “Silence is consent,” said the archbishop, who was a master slyboots.

Their nemesis then arrives, in the shape of Guzmàn’s wife, donna Eleonora, whom no-one has seen in public in the two years the couple have been in Sicily. Her husband’s will is a bombshell: he names her as his successor as viceroy. She is a mere 25 years old and of heart-stopping beauty, which threatens to un-man all who meet her, even the court physician:

She was tired? These words had the same effect on don Serafino as if she’d said she felt she was on death’s doorstep… “What’s wrong? A headache? Chest pains? Leg pains?”… Donna Eleonora smiled… and he watched her, mesmerised. If he died at that moment, he thought, he would die happy.

The councillors nonetheless assume she will be putty in their hands. But it is not to be: she out-manoeuvres them by immediately sending for a Visitor General, who will go through the books:

…the councillors, upon hearing his name, collapsed into their chairs one after another like ninepins… “That guy won’t hesitate a minute to send us all to jail… and [she] will replace us all… and that will be the end of us.”

Her intention is clear enough: to stop the corruption and the exploitation of ordinary people, and she sets about it armed with a well-planned raft of new laws. The people love her; the Church and the nobility are aghast, everything is threatened, a battle ensues.

Camilleri weaves his story with a perfect mixture of elegance and earthy humour, from the high-life of the rich to the low-life of organised child prostitution. The parallels with modern Italy are inescapable, but this is no political or social tract: it’s an electrifying thriller, a tale of plots and counter-plots, of misogyny and greed, all superbly rendered into English by Stephen Sartarelli. The ending is inevitable (and this is not a spoiler alert!), as donna Eleonora meets her own nemesis in just 27 days, or ‘one revolution of the moon’. But those days represent a message of hope and of the triumph, if only briefly, of good in a cesspool of evil.

The Revolution of The Moon

Translated from the Italian by Stephen Sartarelli