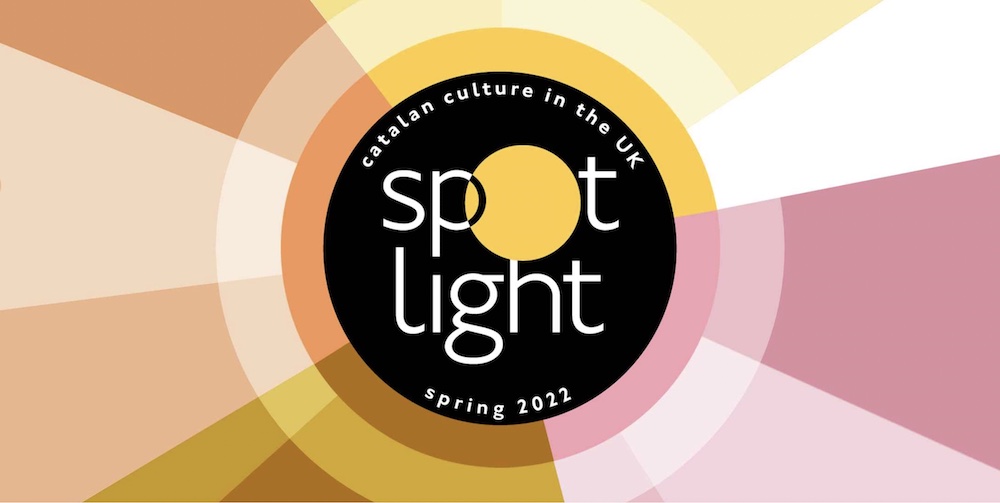 After two years, 2022 saw London Book Fair finally return with its first in-person fair since the start of the pandemic. It was incredible to see the Olympia filled with likeminded, bookish people after so long, and like many, I finally met friends and colleagues that until then I’d only ever seen on a screen. I was especially excited for this year’s fair, as it saw Catalan literature in the spotlight, with a whole range of events celebrating the language and its authors taking place across the three days of the fair. For those of you who didn’t attend, I’d like to share some highlights from the Catalan spotlight with you, and hopefully allow you to discover some authors and books that you may not have come across before.

The panel I was most looking forward to (and one that certainly did not disappoint) was New Fiction at the Threshold of Myth. This saw a new voice in Catalan literature, Irene Solà, in conversation with British author Daisy Johnson, and was chaired by translator Daniel Hahn. Solà and Johnson both create atmospheric and imaginative works, which I can only describe as literary dances with the strangeness of reality. They discussed the folktale roots of their books, how and why they were drawn to writing about myth, and their unusual characters. Solà memorably described how she saw writing as building a swimming pool in her mind, then filling it with books, ideas, research, images and facts, before jumping in and swimming. This stunning metaphor provides a great insight into the poetry and magic of Solà’s writing. I would highly recommend her novel, When I Sing, Mountains Dance, which was recently translated by Mara Faye Lethem:

In the panel Across Language and Time: Translating Classics,chaired by our very own Rosie Goldsmith, renowned Catalan translator Peter Bush explained how the history of the Spanish peninsula and the suppression of the Catalan language make it difficult to pinpoint exactly what a classic is in the Catalan context. But nevertheless he shared some of his recent translations of books that could be regarded as Catalan classics. He began by telling the story of author Caterina Albert, who wrote in the early 20th century under the male pseudonym Víctor Catalá (as female writers were not taken seriously in Spain at the time) and how she came to be translated into English. He also spoke of Josep Pla, who began writing in 1918, but was not published until 1966, possibly because, until then, it was so difficult to publish Catalan-language books. Finally, Bush spoke about Rosa Maria Arquimbau and her novel Quaranta anys perduts, published in 1971 and recently rescued from the archives and republished by Coma Negra, a small press in Barcelona.

Hopefully, thanks to organisations such as the Institut Ramon Llull and more Catalan literature events such as the London Book Fair spotlight, in the coming years we will see more ‘lost’ or forgotten Catalan classics come to light in English. Here, I recommend two of Peter Bush’s Catalan translations:

In the panel The Importance of Being a Classic –once again chaired by ELNet’s Rosie Goldsmith – author, translator and expert in Catalan literature Raül Garrigasait was in discussion with prestigious publisher Christopher MacLehose. In Garrigasait’s view, one of the great attractions of classic literature is that it can be simultaneously strange and familiar. He explained that the earliest examples of Catalan literature date back to the Middle Ages, and that after producing some great classics in the 14th and 15th centuries, it saw an important rebirth only in the 19th century, followed by a burst of creativity in the 20th – a trajectory that is very similar to other European traditions. However, perhaps quite differently to some other European languages, Catalan literature has a complicated relationship with power. For many centuries the Catalan language did not hold power and as such, Catalan literature has always had to reinvent itself, to start again from scratch. This, as Garrigasait explained, is what makes Catalan literature unique: it incorporates this very specific tension. We can see Garrigasait’s passion for classic literature and the tension that he describes in his fantastic contemporary novel, The Others, a story about belonging and unbelonging that invites readers to delve into reflections on family, politics and place:

In an event that was open to the public outside the book fair but that was organised as part of its spotlight on Catalan literature, philosopher Josep Maria Esquirol was in conversation with Christian Michel, at Burley Fisher Books, Dalston. The pair spoke about Esquirol’s latest book to be translated into English, The Intimate Resistance. This fittingly intimate evening saw an incredibly profound conversation about Esquirol’s philosophies, relating specifically to the book’s recent English publication. Esquirol and Michel discussed what it means to resist societal norms in an intimate and personal way, how we should savour and appreciate the seemingly banal, the ‘normalities’ of life, and why ‘he who goes to the desert is not a deserter’. For those who wish to dip their toes into philosophy, I would highly recommend this poetic essay, which helps us explore the intimacies of philosophy in a beautiful and very accessible way:

Another event that took place outside the fair, once again in collaboration with its spotlight on Catalan literature, saw Catalan author Bel Olid in conversation with Vanessa Onwuemezi at Bricklane Bookshop. In the conversation, chaired by Jorge Garriz from Romancero Books, Bel and Vanessa had a fascinating discussion about each of their recently published short-story collections, Wilder Winds, by Olidand Dark Neighbourhood by Onwuemezi. They bothreflected on the origins of their stories, their writing methods, and their choice of such dark themes. Wilder Winds is powerful collection of stories that deal with incredibly poignant issues. Violent, yet hopeful, Olid’s stories find beauty and human kindness in the most horrific of events; seeking out beauty without renouncing truth, and never avoiding conflict or intimacy:

Hairless, also by Bel Olid and translated by Laura McGloughlin is an essay on breaking the vicious circle of hair removal, submission and self-hatred, and was recently published by Wiley.

Another incredibly important panel was Less Translated? This consisted of a conversation with BCLT Translators in Residence Sawad Hussain and Laura McGloughlin, and was hosted by Olivia Hellewell from the Less Translated Languages Network. Hussain, McGloughlin, and Hellewell spoke about what the term ‘less translated’ meant to them, and how the specifics of their respective language combinations have shaped their approaches to translating literature. Speaking of Catalan literature and translation, McGloughlin shared how it was almost impossible for her to consider Catalan a ‘small’ language when it is spoken by around ten million people. McGloughlin, Hussain and Hellewell all considered the term ‘less translated’ a suitable one for the languages they translate from, but found an unfortunate truth in the phrase.

With the continued support from the Institut Ramon Llull, and with more of the type of events I have enjoyed as part of London Book Fair’s Catalan spotlight, ‘less translated’ will hopefully no longer be a suitable way in which to refer to Catalan literature.