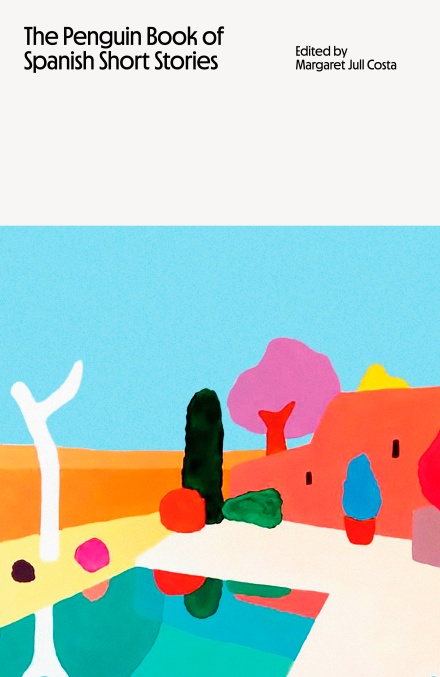 The short story has long been a staple in Spanish literature, with renowned Spanish language writers such as Julio Cortázar and Jorge Luis Borges embracing the short story format. Whilst these literary greats are well known within the English language, The Penguin Book of Spanish Short Stories (published on June 24th) will allow English readers to encounter even more fantastic Spanish short stories. The anthology is edited by the revered translator Margaret Jull Costa, and will feature over fifty stories from the nineteenth century to the present day. Covering over 200 years of literary traditions and styles, The Penguin Book of Spanish Short Stories will give English readers a glimpse into Spanish literary history, and the literary traditions that make the Spanish short story what it is today.

I’m very excited for the release of this anthology and ready to discover what lies within its pages–especially as I am not too familiar with the short story, a genre that, much to my embarrassment, I have neglected thus far. Over the last year, I have been reading more and more short stories, and whilst I am now becoming somewhat of an advocate for the genre, for a while, I always seemed to veer away from short story collections, instead reaching for novels. Perhaps this is not uncommon, with more “traditional” long form novels gaining more attention in prizes across Spain, and press coverage generally meaning that short story collections can sometimes be overlooked in the Spanish book industry. Today, however, I am learning to appreciate the beauty of the short story, its capturing format, its ability to encompass so much in so few words, and its flexibility and diversity. There are so many fantastic Spanish writers who can say so much with one brilliant short story, and I hope that The Penguin Book of Spanish Short Stories will introduce me to even more!

Perhaps I can relate my recent affinity with the short story to what’s happening in the world around me. Back in early 2020, the entire globe was confronted with a worrying and scary new reality. In the early days of the pandemic, I struggled to focus on anything, including reading. Reading has been a significant part of my life ever since childhood, so the fact that I could not find the motivation or desire to read was upsetting and confusing. To go from reading every single day to struggling to pick up a book was strange. Reading novels became a chore, and this was something I had never experienced before. Then I discovered the short story. With short stories, my love for reading was reignited. I could become immediately immersed in a different world, and didn’t have to focus my brain for too long in order to go on a beautiful journey. The short story then, was perfect for me, and quickly became the genre I would turn to throughout the first months of the global pandemic. It still is, and will continue to be a genre I turn to often, I’m sure. For this month’s ‘La Española’, I want to share my newfound love of the short story with you, by introducing two recent discoveries.

SPANISH LITERATURE YET TO BE TRANSLATED

En las Ciudades Escondidas is a beautiful collection of short stories by Natàlia Cerezo, originally written in Catalan, followed by a self-translation into the Spanish language. In this minimalist collection we encounter some of the deepest and most intimate human emotions through a series of intense characters and stories defined by loss, desire, and coming of age. Whilst Cerezo’s prose is indeed quite minimalist, she writes so carefully and intimately that in each story, readers come to gain a deep understanding of her characters and their emotions and actions. As Cerezo’s prose very subtly and slowly uncovers a character’s story, their hidden intimacies are also revealed. These are familiar emotions that many of us will recognise, but that are all too often forgotten, overlooked or simply not shared. En las Ciudades Escondidas is intense and profound, reducing life to some of its most simplistic yet essential elements, and homing in on the intricacies of human emotion.

In April of this year, Two Lines Press published Elvira Navarro’s Rabbit Island, translated by Christina MacSweeney. Through Navarro’s precise and visceral prose, brilliantly executed in MacSweeney’s attentive translation, we encounter a collection of unnerving, haunting and dark stories. Navarro takes settings, landscapes and situations that are all too familiar to readers, and stealthily weaves in elements that are ever-so-slightly bizarre or nightmarish. These elements are just about unusual or disturbing enough to catch our attention, yet just about “normal” enough to strike us as realistic. In this way, Navarro cleverly creates a lingering sense of unease throughout the collection. By blurring the lines between reality and imagination, dreams and nightmares, beauty and ugliness, Navarro presents a brilliant and disturbing collection that will stay with the reader for a long time.

A full review of the book appears in June’s #RivetingReviews here on the European Literature Network.