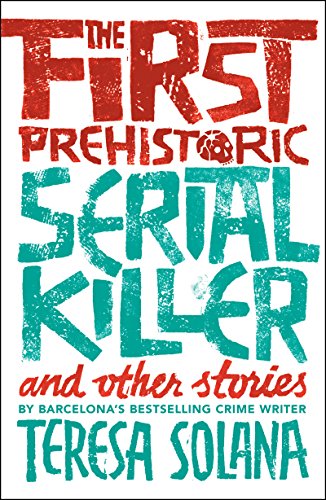 We rarely automatically think of Spain when it comes to the crime and thriller genres, and perhaps this is thanks to the fact that translations into English from the Nordic countries typically dominate. Despite this, crime fiction within Spain and Spanish speaking countries is incredibly popular. Spain itself is home to a number of outstanding crime fiction writers, for example, Manuel Vázquez Montalbán, who penned the Pepe Carvalho series, a character later portrayed in films, TV series and comic strips, and Arturo Pérez-Reverte, famous for his historical crime and mystery novels that often address issues faced by modern day Spain. There are also huge numbers of Latin American writers producing some fantastic crime writing, with the renowned Bitter Lemon Press, publishing English translations of works from great Spanish language writers such as Leonardo Padura, Claudia Piniero, Mercedes Rosende and Ernesto Mallo, as well as the excellent Pushkin Press, with their Vertigo crime imprint, publishing the likes of Rafael Bernal and María Angélica Bosco.

When we discuss crime fiction from the Iberian Peninsula we must mention the formidable Catalan writer, Teresa Solana. Solana is a contemporary crime fiction writer whose award-winning works have been translated by the renowned Catalan translator Peter Bush for Bitter Lemon Press. Solana is a prominent figure in the crime genre in Spain, and increasingly in the English-speaking world. Her work, however, is quite different from what we might expect from a crime novel, something I’ll address later in my overview of her short story collection, The First Prehistoric Serial Killer. Prompted by my crime focus theme for this month’s column, I have also discovered a fantastic new writer from Cádiz, Agustín Pery Riera and his as yet untranslated Moscas.

The First Prehistoric Serial Killer is an absurd and wonderful collection of short stories that offers a unique take on the crime fiction genre. Solana’s crime writing is known for its humour and satire of Catalan and Spanish politics and life, and wit, sarcasm and dry Catalan humour certainly shine through in each short story in this collection. Taking stereotypical themes in the genre (vampires, murder, organized crime, ghosts), Solana offers an often unseen and refreshingly funny spin on these tales we all know so well. We meet murderous grandmas, out of touch vampires struggling in a modern world, and clueless criminals, in her light-hearted and frankly, hilarious tales. I loved reading this off-the-wall collection and found Solana’s storytelling and absurdist and unique take on the genre the perfect piece of escapism.

A full review of the book appears in July’s #RivetingReviews here on the European Literature Network.

SPANISH LITERATURE YET TO BE TRANSLATED

Unlike Solana’s collection, Pery’s Moscas stays true to classic crime writing in this novel. Moscas is dark, gritty, and full of twists; a brilliant – albeit brief – tale of murder and corruption. The plot is centred around the investigation of the murder of an investigative journalist on the island of Mallorca, headed up by a hardened policeman, Iñaki Altolaguirre, from the Basque country. This gruesome murder – vividly described in the opening pages in Pery’s acerbic prose – triggers a series of reactions across the island, making the web of shady goings-on connected to the murder only bigger and bigger. Pery’s style in this fast-paced narrative is shadowy and deliberately confusing, causing the reader to read and read to get to the bottom of the intricate web of connections he weaves. His harsh, truthful, and often violent writing, draws attention to the underlying corruption and anti-terrorist struggle in Spain, making for a hard-hitting yet captivating read.