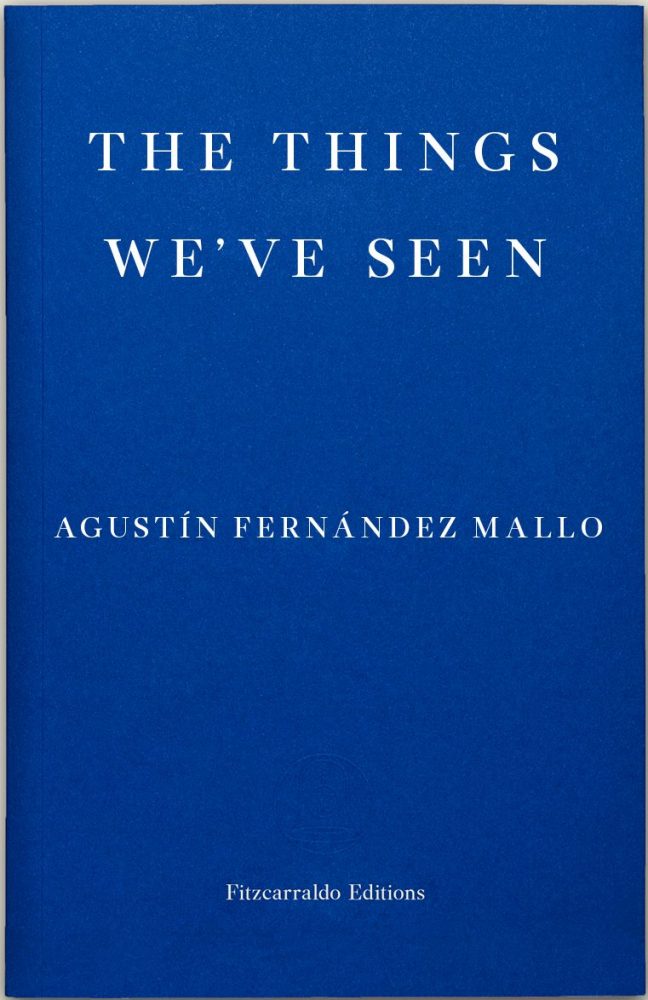 The Things We’ve Seen, Mallo’s latest novel to appear in English translation by Thomas Bunstead, is an incredible triptych, in which a series of disconcerting coincidences and endlessly overlapping connections are subtly and expertly woven together. As Mallo explores the often veiled impact that war, memory and history have on modern life, we come face-to-face with some big questions: is seeing really believing, and can we trust the things we’ve seen? The English title comes from a phrase that echoes repeatedly throughout the novel: ‘it is a mistake to take the things we’ve seen as a given.’ This line from a Carlos Oroza poem is used to connect characters and events, and the ideas it evokes are the basis for the novel; from it Mallo forms a series of fractals across the triptych.

Each of the three ‘books’ has a unique narrator. In the first we follow a writer who has been invited to take part in a panel on San Simón – an island that served as a Francoist prison camp during the Spanish Civil War. As the writer explores the island and its past, he reflects on the power of the photograph and the false memory and history it can produce. As he begins to consider the force of technology in the face of ‘flesh’, Book I takes a darker turn, and the narrator is overwhelmed by his thoughts, and experiences dreamlike and absurd memories.

In Book II, we are snapped back into a more realist narrative. Our new narrator is Kurt Montana, a washed-up astronaut who was part of the ground-breaking moon landing. However, as he was the member of the party who was always behind the camera, his participation is virtually unknown, drawing our attention once again to the potential untruthfulness of recorded history. What once again starts off as a fairly realist narrative (despite coming from an unreliable narrator) soon becomes surrealist and perhaps even psychedelic. To add to this, some scenes are disconcertingly similar to those we have already read in Book I, familiar characters appear, and dialogue and ideas are repeated. Mallo’s connections are beginning to form.

In Book III, our narrator is a woman recreating a trip she took with an ex-partner who seems very familiar. After her partner’s mysterious and sudden disappearance, the narrator visits the coast of Normandy and embarks on a pilgrimage to the D-day landing beaches. Here, the surrealism dies down, and we are thrown into a very melancholic, Sebald-style narrative. It is with Book III that the fractals, coincidences and connections, finally – in a very satisfying, and unexpected way – come together.

This meticulous novel, in Bunstead’s outstanding translation, offers a unique take on the chaos of modern existence and how the unsuspected echoes of history still reverberate in our day-to-day lives.