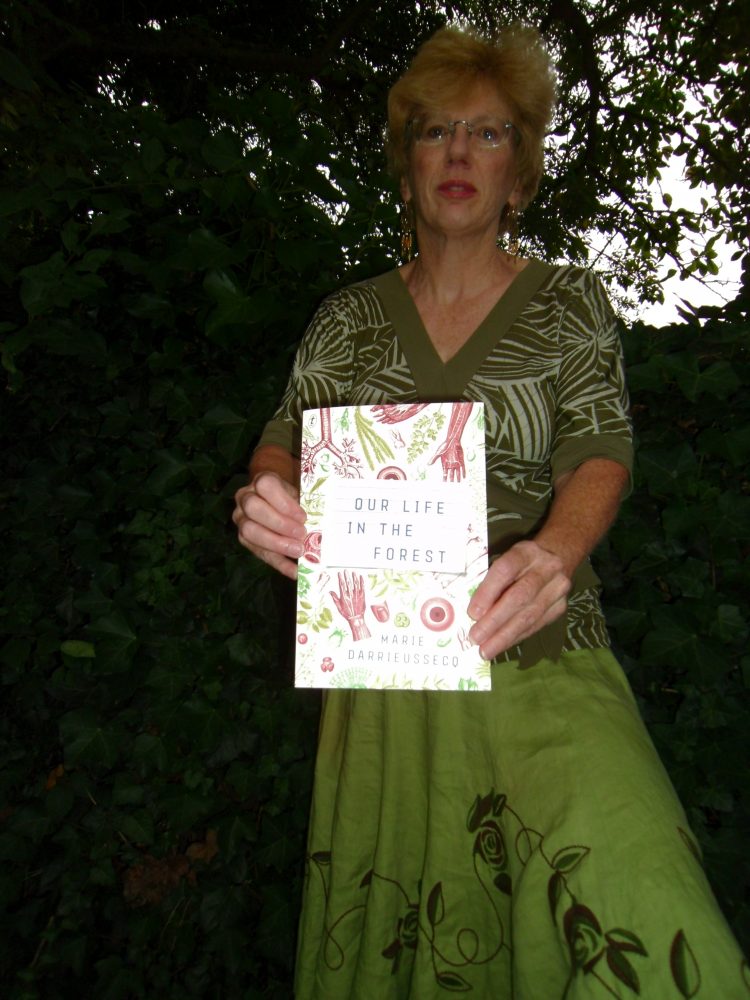 #RivetingReviews: Fiona Graham reviews OUR LIFE IN THE FOREST by Marie Darieussecq

‘I am writing in order to understand, and to bear witness …’

In the near future, in a country that might once have been France, Viviane/Marie writes from her bolthole in one of the last forests as if from beyond the grave. Though not even forty, she is a physical wreck and knows her days are numbered. She complains constantly of the cold, but the dank tunnel where she is holed up has no chill to compare with the story she tells.

This haunting, dystopic novel builds up, fragment by fragment, an image of a totalitarian society in which everyone is under constant surveillance. An authoritarian state keeps its population drugged and compliant, ensuring control through implants in their bodies. People are all ‘logged in’ to a network that provides for their basic needs, but also monitors their every move. This is 1984 updated for the digital age.

At the same time, hyper-capitalism reigns supreme. The rich buy extra years or even decades of life for their offspring by having them cloned. The ‘halves’, as they are known, lie in suspended animation in ‘rest centres’, so they can provide spare parts for their doubles when the need arises. At the same time, ordinary people work for a pittance, training robots to take over even sophisticated human functions.

The dissidents who have taken refuge in the forest have liberated all the ‘halves’ they have been able to find, and plan, initially at least, to restore them to full personhood. Yet the distinction between the ‘halves’ and their saviours may not be quite as clear-cut as it first appears. The truth is revealed little by little, through scattered clues which keep the reader guessing.

Speculative fiction this may be, but many aspects of Viviane/Marie’s world are disturbingly close to our own. Extreme heatwaves are an annual occurrence in a once temperate region. The powers that be plan to replace the little remaining woodland with green deserts. Pollution is rife, curtailing people’s natural lifespans. Humans have both ruined nature and resurrected extinct species, but only for display in zoos. And the very nature of humanity is under threat, with robots taking over while people are surgically altered to conform to robotic norms. None of these things are outside the bounds of possibility, or even probability.

Reading Our Life in the Forests is a deeply unsettling experience. Its often disjointed, breathless prose aptly reflects the protagonist’s literal shortness of breath and her physical and mental distress, while also building tension as the reader attempts to piece together the full picture. The suspense has less to do with Viviane/Marie’s likely fate than with the reader’s curiosity about the mechanics of the abhorrent society she depicts and the reasons for her flight. When the full truth finally emerges, it is devastating.

OUR LIFE IN THE FOREST

Translated from the French by Penny Hueston