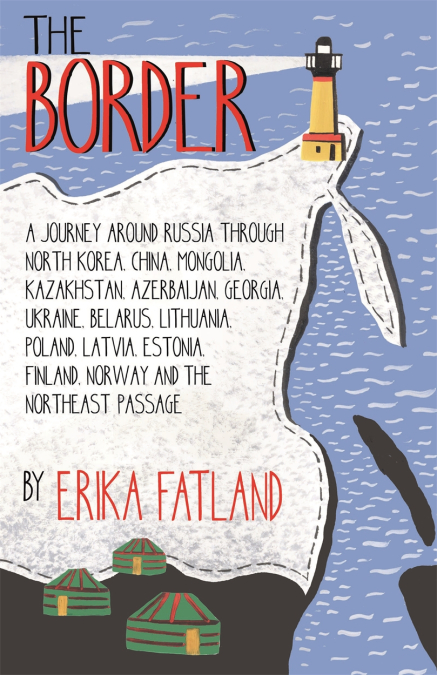 What do Norway and North-Korea have in common? The answer is the Russian border. Between Erika Fatland’s egalitarian homeland and the hermetically sealed northeast Asian dictatorship, sprawls only one nation. This unlikely connection is explored and expanded on in The Border, Fatland’s ambitious travelogue detailing her Eurasian odyssey through Russian borderlands.

Whereas Britain colonised overseas, the Russian empire simply kept expanding its flat tundra in every direction until it covered three continents and governed almost 300 million people. Of the fourteen bordering countries, Norway is the only one never to have been occupied by its tempestuous neighbour. Some of these violations date back to the sixteenth century, while others, such as the 2014 annexation of Crimea, belong to the recent past. And, as I write this, Ukraine’s foreign minister is on his way to Brussels to discuss Russia’s military escalation on the Ukrainian border.

Fatland wants to understand Russia ‘from the perspective of its neighbours’. Beginning in North Korea, she therefore journeys by bus, train, ship and antiquated airplanes through China, Mongolia, Kazakhstan, Azerbaijan, Georgia, Ukraine, Belarus, Lithuania, Poland, Latvia, Estonia and Finland before ending up at Grense Jakobselv, the river separating Russia from her native Norway.

A social anthropologist, Fatland is drawn to the arbitrariness of borders. A border represents linguistic, cultural, and often physical barriers, all of which can be altered and redistributed at the stroke of a pen. This was explored in Fatland’s last book Sovietistan, about the five new countries that emerged after the breakup of the Soviet Union. (You can read Fiona Graham’s review of Sovietistan here.) In the book’s opening chapter, detailing the last leg of her journey through the northeast passage, Fatland meditates on how a border crossing can even invert time – cross the date line drawn through the Bering Strait between Russia and Alaska, and you’ll be walking ‘from yesterday to tomorrow’.

While mapping out the many historical plights of sharing a border with the world’s largest and perhaps most domineering nation, Fatland revels in Georgian hospitality and cuisine, travels through Mongolia on horseback, and snaps secret photographs on carefully choreographed package trips around North Korea. ‘We say it is the world’s worst dictatorship’ she tells a local French-speaking guide when asked how their country is viewed in the west. She even finds time to visit the ghost town of Chernobyl, where guides clutching Geiger counters instruct the tourists to keep off the radiation-suffused grass.

Fatland’s ambitious works of non-fiction have, deservedly, been credited with reviving the Norwegian travelogue. In pages of lucid, if at times slightly repetitive prose, the author writes caringly of the people she encounters, without exoticising them, whether they’re Mongolian reindeer herders, a Ukrainian history professor-made-border-guard, an ageing survivor of the Jewish Minsk ghetto, or a North Korean schoolboy oblivious to the outside world. These deft character sketches show just how diverse Russia’s neighbours are – not only the countries themselves, but the people inhabiting them.

Some have questioned the role of the travel writer in an age where all corners of the world have been discovered. Erika Fatland’s books are helpful reminders that just because an area has been carefully mapped out doesn’t mean it’s familiar to European readers or even paid much attention. Expertly translated by Kari Dickson, The Border allows us fascinating glimpses of nations, places and peoples too often overlooked in western literature.