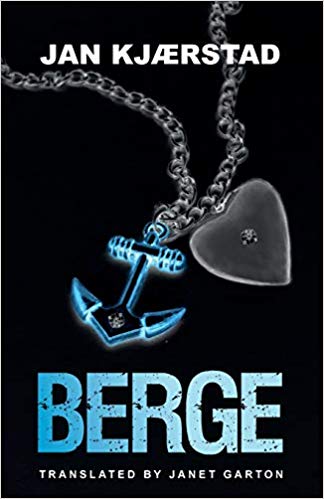 Graham Greene once called Norway ‘a little patch of careless culture at the edge of the sea and of the forest’, and before 22 July 2011, that was how we felt – tucked away at the top of the world, inconspicuous and insignificant, the dangers playing out on the world stage always seemed a long way away from Norway. This sentiment is echoed in Jan Kjærstad’s novel Berge from 2017, in which the acclaimed author of the Jonas Wergeland trilogy explores how a violent act of terror spreads fear and distrust like a virus in a small and naïve population.

Kjærstad initially wanted to write a novel about the attacks carried out by Anders Behring Breivik, but soon decided to creative a fictitious terror incident to explore the shock and horror that rippled through the Norwegian population in 2011. Berge is therefore bursting at the seams with references to 22 July, the most obvious being how the victims of the attack all have connections to the Norwegian Labour Party.

The novel opens when Arve Storefjeld, a prominent party member and former minister for transport, is found murdered in his holiday cabin in Nordmarka, north of Oslo, together with his partner, his daughter Gry, her French boyfriend and his young daughter. The victims are found executed in their beds, throats skilfully cut. The whole affair is unprecedented in Norwegian history, and the press soon goes into overdrive. Was it an attack on Norwegian democracy? Storefjeld was a popular, albeit contested blue-collar politician, and his libertine daughter Gry, with a voice ‘like a Hardanger fiddle tuned by a troll’, was viewed as the rising star of the Labour Party. Did the killer come from the outside? Or was he one of us?

The novel unfolds through the points of view of three very different characters. We meet Ine Wang, once an outgoing rock journalist who represented a new voice in Norwegian feature writing. Now she is nearing forty, divorced, and relentlessly chiselling away at a biography of Storefjeld, which she hopes will give new life to her washed-up career. When she hears of the attacks, she is appalled, and then delighted – the cold-blooded murder of her subject and his family has made her upcoming biography worth its weight in gold.

The second voice is that of judge Peter Malm, a middle-aged flâneur who strolls around Oslo with his walking stick and dreams of publishing a defining work on the nature of justice, only to have his withdrawn lifestyle disturbed by the Storefjeld case. And then there’s the title character, Nicolai Berge, an unsuccessful writer who turned his back on the Labour Party after his intense love affair with Gry Storefjeld ended.

Kjærstad skilfully weaves in references to 22 July; he lets Wang draft her articles seated in the foyer of Government Headquarters, which was blown to pieces in 2011. Gry and Nicolai become a couple at Utøya, and Berge’s descriptions of the island as ‘a beating heart’ that lies ‘gleaming down in Tyrifjorden, peaceful and idyllic’ is chilling to read. The climactic trial is held in court room 227.

A novel that relies heavily on a specific cultural context can be challenging to translate, but Janet Garton does a brilliant job of rendering Kjærstad’s numerous references to Norwegian puns, people, and place names comprehensible to the English reader. Garton also captures the characters’ distinctive ways of expressing themselves; whereas Wang’s section is narrated in feverish, runaway sentences, Malm speaks in a scholarly tone littered with literary references, while Berge’s voice is tentative and cryptic – a trait that becomes increasingly sinister.

The characters appear more as archetypes than fully fledged people, but what makes Berge a truly fascinating read is its examination of the emotional forces at work when tragedy strikes within a small population. 22 July was an attack on the Norwegian Labour Party. Kjærstad’s fictitious terror attack appears more ambiguous, and the novel is all the better for it.

Translated from the Norwegian by Janet Garton